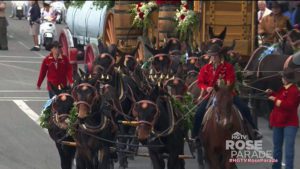 MULE CROSSING: Rock and Roll: Diary of a Rescue, Part 2

By Meredith Hodges  In Part 1 of Rock and Roll: Diary of a Rescue, we learned about the discovery and rescue of Belgian draft mules, Rock and Roll, by Meredith Hodges and her team of experts. As the pair’s rehabilitation continues, the road to recovery gets tougher.  But for every health setback, there is a personality breakthrough with these courageous and now-trusting gentle giants—and always a reason to hope. By May of 2011, both mules were beginning to bond well with me and I was able to separate them during ...
Read More 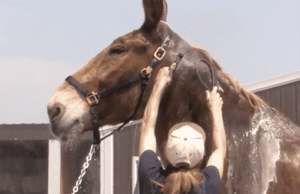 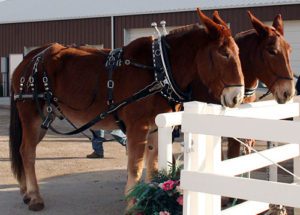 MULE CROSSING: Rock and Roll: Diary of a Rescue, Part 1

By Meredith Hodges I first saw Rock and Roll at the National Western Stock Show in January of 2010. The two Belgian draft mules looked enormous in the 12' X 12' stalls in the holding area. They had been rescued from slaughter at an auction in Kiowa by my two friends, Fran and Larry Howe, owners of the Bitterroot Mule Company in Bennett, Colorado. My friends explained why they couldn’t resist trying to help the two draft mules. They were the largest mules any of us had ever seen. Roll ...
Read More 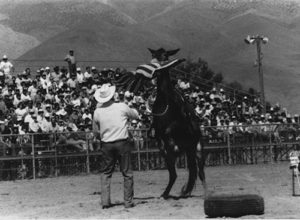 By Meredith Hodges Jack Copp was a very special man with a very special mule. Jack was born in Fairfax, Oklahoma, about 45 miles south of the Kansas border. His father worked with mules in the oil fields acquired from the Osage Indians by the U.S. Government years before. Although his father was familiar with mules, Jack was enamored with horses and particularly with team roping. Jack, a congenial and responsible man, worked at his job for 27 years and roped steers in his spare time. Then came the accident that ...
Read More 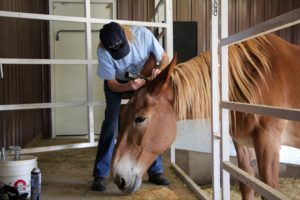 MULE CROSSING: Joining Up With Equines

By Meredith Hodges The first time I ever saw a horse, I was mesmerized by its beauty and the fluidity of its motion. Watching herds of horses on television as they galloped across the plains was like watching uniquely colored rainbows in motion. Their silky manes and tails floated behind them as they ran, and my heart soared with the promise of acquiring a sense of freedom like theirs. Their long, inviting backs beckoned me to ride! No doubt, many have experienced the same sensation while watching horses. But how ...
Read More 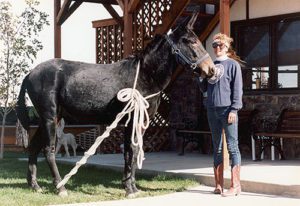 MULE CROSSING: The Responsible Use of Restraints in Training

By Meredith Hodges There is  a lot of discussion about training mules versus training horses. There are some who say that mules are harder to train than horses and others who say just the opposite. It has been my experience that it isn’t really that one animal is more “difficult” than the other. They each have their own redeeming qualities and individual limiting factors. The people who are dealing with them also have their own redeeming and limiting factors. For instance, if you are leading a horse and he does ...
Read More 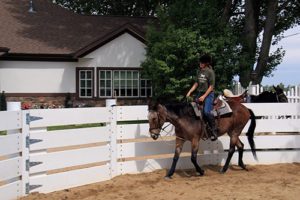 MULE CROSSING: The Road to Success with your Mule!

By Meredith Hodges When equines are trained in a logical, consistent and respectful way beginning with detailed lead line training, even “cycling females” is not a problem. Appropriate lessons need to have a logical beginning and be taught in a sequential fashion. The logical beginning in any athletic conditioning program should be to strengthen the core muscles that support bony columns. The length of the lesson and order in which lessons are presented facilitate strength and balance at the core. Adequate length of each stage of training and the way ...
Read More 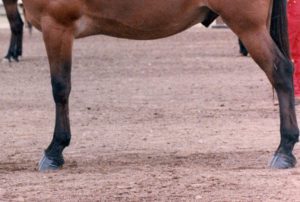 By Meredith Hodges The old saying, “No foot, no mule” is literally true, as it is in any nomadic animal. If the hooves are not trimmed and balanced properly, it will offset the balance of the equine’s entire body and can compromise longevity in the animal because his entire internal structure will be compromised. Most equines will need to be trimmed or shod every 6-8 weeks whether horse, mule or donkey. Horse’s hooves in general are proportionately larger, rounder and more angled than that of the donkey or mule. The ...
Read More 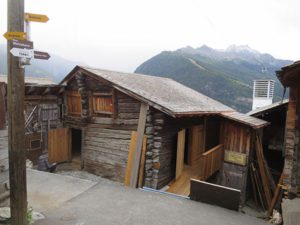 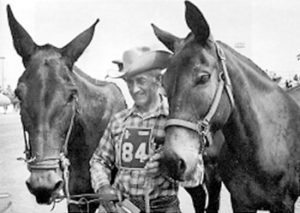 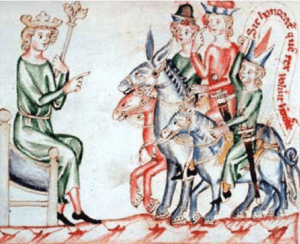 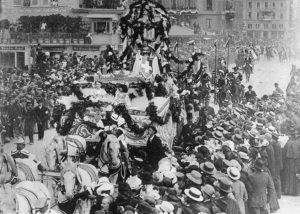 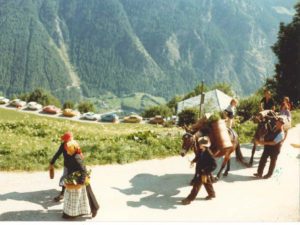 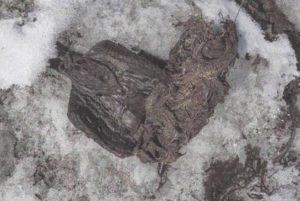 Swiss Mule Magazine 2018-1 This article is written by Elke Stadler and from my friend, Josefine, editor of the Swiss Mule Bulletin in Switzerland! Since we share a love for Longears, we like to share each other’s respective mule historical experiences with our friends and fans. I hope you enjoy this article as much as I did! Thank you so much, Josefine! In the future, we look forward to more news from Switzerland in support of Longears: The Theodul Pass The name is derived from St. Theodul, the first ...
Read More
© 2021 Lucky Three Ranch