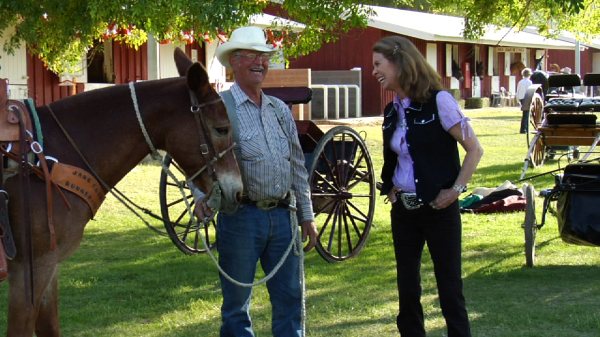 On December 31, 2014, the world lost a very special man at 82 years of age and I lost a very special friend. I heard about Von Twitchell long before I ever met him. Bishop Mule Days is an annual rendezvous for mule and donkey lovers from all over the world and I remember how excited I would get when I heard the name Von Twitchell echoing from the announcer’s booth. I would run as fast as I could to watch him and Miss Kitty in the gymkhana and cattle roping events. I knew I would be in for an amazing demonstration of teamwork and skill between a man and his beloved mule!

Von was a cowboy in the truest sense of the word. When not in Bishop, he cared for and managed cattle ranching properties in the Western states. He was unpretentious and humble…a quiet, honest, trustworthy and simple man with a down-to-earth sense of humor. His life was about love of family and the animals in his care. When I interviewed Von in 2009 for our Those Magnificent Mules: The Bishop All Stars documentary, I asked him, “Von, you had a mule, Miss Kitty, that was inducted into the Bishop Mule Days Hall of Fame and we’d like to hear about that mule.” To which Von responded, “I bought her from a hippie.” I was taken aback and laughed out loud, “You bought her from a HIPPIE?!!!” 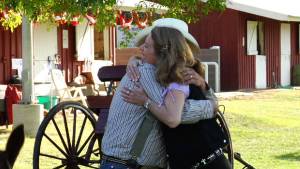 Von has numerous friends at Bishop Mule Days and no doubt, everywhere he went. He made the annual trek every year to Captain the Drill Team for Nita Vick and to carry the American Flag in the Grand Entry that opened the performances on Saturday and Sunday. I remember one year I was so honored when he asked me to ride with him and carry the California flag beside him! To me, he was a celebrity and I was the proverbial awestruck fan. I accepted his offer in utter disbelief! I carried that flag proudly (even though I was from Colorado) because to ride beside Von Twitchell was a privilege indeed!

Every year I looked forward to seeing this very special man with the kind face, warm heart and the twinkle in his eye! He always greeted me with a big smile, a humorous story and a great big bear hug! He has a wonderful family and a lot of friends, and we will all miss him terribly, but I like to believe that he and Miss Kitty are still riding the range and smiling down on all of us…another very special cowboy angel in Heaven!