For most people, racing nearly 30 miles and climbing 13,000 feet up a mountain—and back down again—alongside a pack burro might be the most challenging experience of their life. But for world champion pack burro racer Hal Walter, raising an autistic son has brought many new unexpected trials that were much more serious than a 900-pound donkey barreling down a mountain path. Hal recognizes and explores the parallels between these two important elements of his life, pack burro racing and fatherhood, in his new book, Full Tilt Boogie. 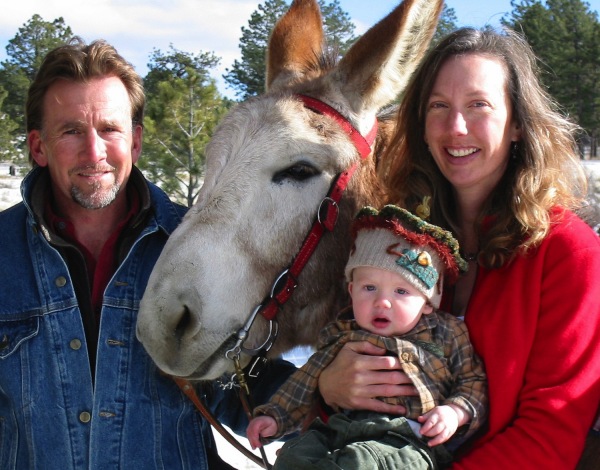 Autism is a neurodevelopmental disorder that affects people’s ability to communicate and understand certain social interactions—some people with autism may have trouble interpreting sarcasm, or understanding the facial differences between a smile and a grimace. Hal’s wife, Mary, is a nurse, and started recognizing potential signs of autism, such as sensory issues, early on in their son, Harrison. They ultimately received an official diagnosis from Denver Children’s Hospital when Harrison was almost four, which Hal describes as a “certain comfort,” despite initially resisting the necessity of the label.

In raising Harrison, Hal was able to draw on his experience as a pack burro racer, noticing the similarities between the two situations. “The real key to success with either burros or autistic children is extreme patience and allowing them to find their own way,” Hal writes in Full Tilt Boogie. “Each is a unique individual and one cannot exert command over either one with good results.” The “patience” approach has proven useful in both Harrison, who is now 10, and Hal’s career as a pack burro racer, which has spanned 30 years and multiple world championships. 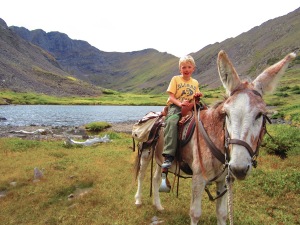 Hal introduced Harrison to donkeys at a young age—his first overnight packing trip took place the summer after he turned three—and drew on the established benefits of hippotherapy (or in this case, asinotherapy). Although, like most kids, Harrison might now say he’d prefer to be playing Angry Birds on the iPad than riding burros, his parents have seen a change in him after riding. “We noticed right away that on the days when Harrison rode, and even on days following a ride, there was a marked improvement in his disposition and behavior, and fewer tantrums,” he says. Hal isn’t sure exactly what it is about the donkey riding that helps Harrison—whether it’s the soothing motion, the fresh mountain air, or a combination of several things—but the positive effect is undeniable.

According to Dr. May Dodd of the Donkey Shelter of Australia, donkeys work well as therapy animals because “their gentle and affectionate nature brings a calming effect over all those they come into contact with.” She says donkeys are particularly useful for distressed people, as their relaxed nature can balance and calm anxious, agitated emotions. Hal has noticed his donkeys’ caring nature, especially as his son was just starting out as a rider. “I think the better ones have a sense of taking care of the less capable riders,” he notes. 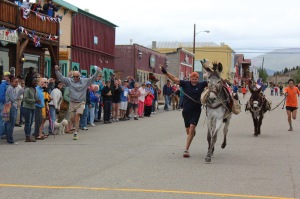 In pack burro racing, Hal attributes his multiple wins and places as being skilled—but perhaps not the best—at both the running and animal training elements. He notes that in order to get a win, “everything has to come together on that day for me,” down to the smallest variables and pieces of luck—and those can’t always be predicted, or even planned for. “The unpredictability of raising an autistic kid is a lot like burro racing,” he adds. “Only when they believe something was their own idea do they truly excel.”

Click here to find out more about Hal, Mary and Harrison on Hal’s website, and get your own copy of the ebook or paperback on Amazon. Full Tilt Boogie recently topped Competitor’s list of 13 Running Books You Should Be Reading Now.