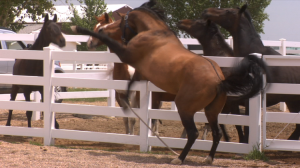 When breeding for mules, a teaser stallion is needed to get the mares to show heat, as they will not show heat to the jack. In 1988, Lucky Three Ranch needed a good teaser stallion to use in our breeding program, so we began scanning the Colorado countryside for the right horse. I went out to a huge farm in Haxton that had 50 head of assorted horses on 2000 acres. The owner said I could have any of the 20 two-year-old stallions that I could catch. I strapped on my fanny pack full of oats and started walking into the field with horses all around me running away in all directions! It didn’t take long to spot the beautiful dun stallion in the herd galloping, leaping and rearing in the middle of the excited herd. I asked the owner his name and he told me, “Kip!” I hollered and showed him the oats. He immediately stopped what he was doing and began to approach me. He was a bit suspicious and a little shy, but soon came up and took the oats from my hand. “I’ll take this one,” I told the owner. I put on the halter, loaded him easily into the trailer and took him home. 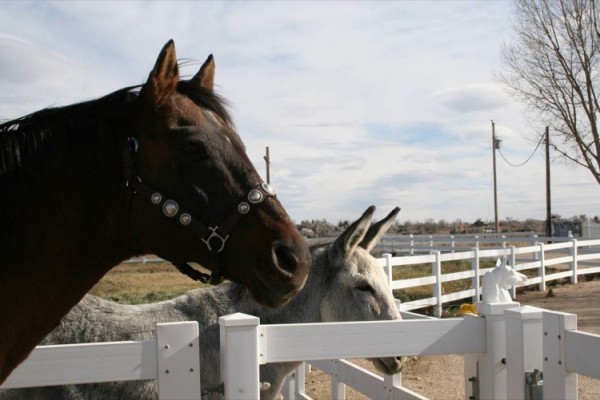 A.Q.H.A. ROM registered, in his first two years here Kip received all the same kind of core muscle conditioning as the other Lucky Three equines, and at three years old began saddle training. When he was four, he became the teaser stallion for Little Jack Horner’s mares. At first, I had Kip and L.J. separated from all the other equines, but they both seemed lonesome, so I decided to see if stallion and jack could be penned next to each other. Lo and behold, my good manners training not only held true between me and the equines, but among the equines themselves as well! Kip and Little Jack Horner were both happier in each other’s company and would even play respectfully with each other over the fence. One day I came out and Kip had jumped into L.J.’s pasture and they were romping around, but clearly not hurting each other at all. I just called Kip, he came and I put him back into his own pen. 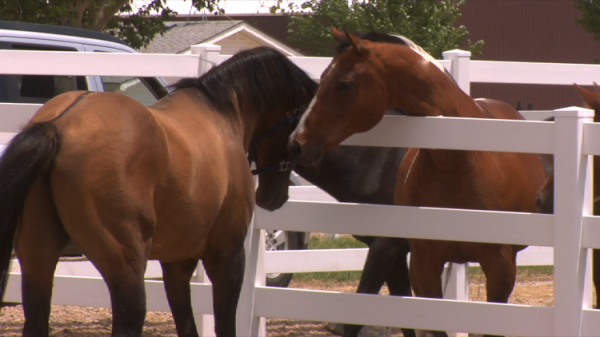 I realized then that a lot of the old stories I had heard about stallion management were not necessarily true. Eventually I had to move Little Jack Horner elsewhere during construction, and ran out of space near the other equines for Kip. But he was so stressed in this lonely living situation that he wouldn’t stop running the fence and was losing weight rapidly. I decided to reinforce the fence between a small pasture and the larger pen and pasture where we kept the mares, and put Kip in the small pasture. He calmed right down, and has been there ever since—a complete joy to be around now. Previously, he had been a little rambunctious during the teasing of our mares and the breeding of our neighbor’s mares, but once pastured next to the mares, his entire demeanor immediately changed. 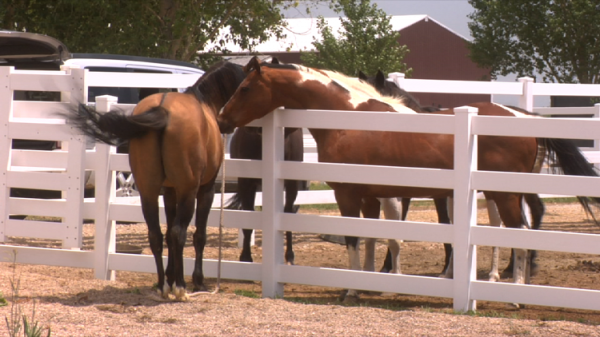 No longer in solitary confinement, he appreciates the company of his girls and is not averse to leaving them to come with us upon request. His manners are always impeccable. He was trained the same way I trained the mules, and to this day, he is a perfect gentleman. I recently posted the first picture in this piece on Facebook and people seemed to think that the dangling lead rope was somehow attached to his feet, hobbling him to make him manageable. No such thing! We were doing some filming for our Equus Revisited manual and DVD and I left the lead rope on him so I could easily grab him when we were finished filming, and not have to fumble with catching him and putting on the halter. The entire film crew was in the background around him while he created his dramatic teasing segment upon command. When we were done, I just called his name and he stopped the drama immediately and waited for me to come and collect his lead rope. 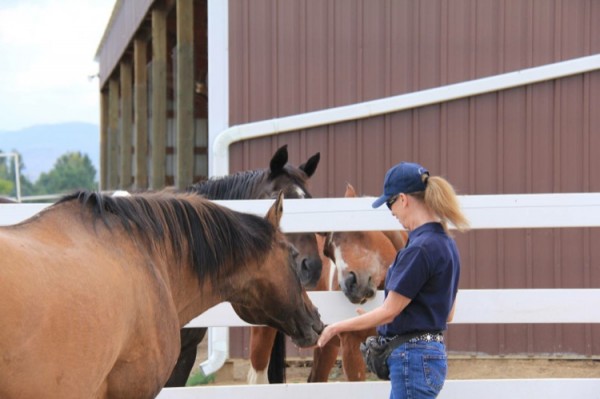 Patience, kindness, respect and good manners go a long way! Your equines will mirror your demeanor and will behave in a confrontational way only if you do. When you treat the relationship with your equine as an equal partnership (with both of you taking turns being the leader), there is no end to what you can learn together and the joy of the relationship deepens with each new experience. It is not unusual for me to go out and stand between Kip and the mares while we all enjoy the “OATS FEST” and each other’s company! 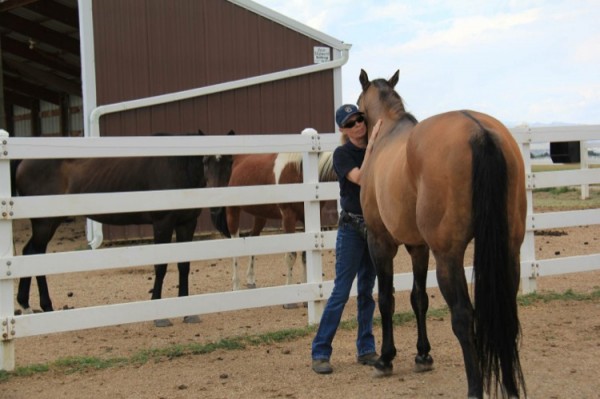