Wrangler is wondering why Augie and Spuds, the mini donkeys are here. He is usually worked with Chasity… just the two of them! Wrangler is big on being the center of attention and stands quietly while I put on his surcingle instead of his English saddle this time. He is sure something is up, but he doesn’t exactly know what it might be just yet! 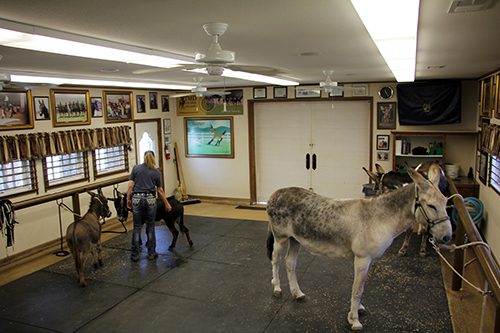 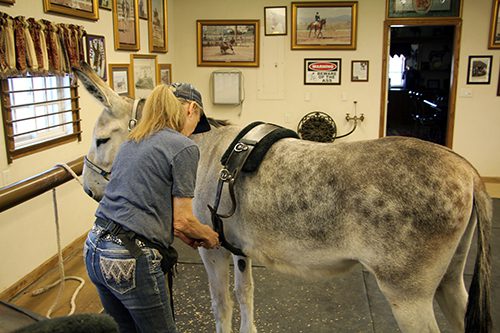 Wrangler and Chasity are now getting REALLY GOOD at being led together and stay in sync with my steps. They negotiate the gate easily and obediently. This is how well things can go when you are clear and consistent about the way that you do things. The animals then know what to expect and can comply without anxiety. 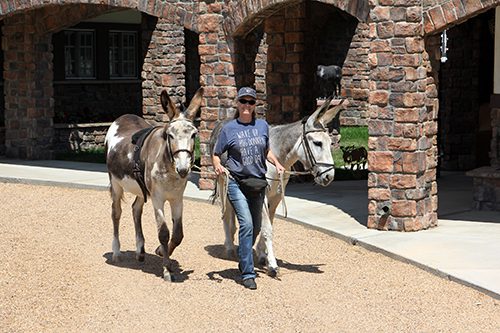 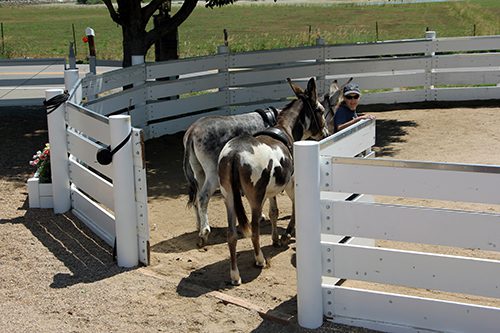 I led Augie and Spuds to the Round Pen and tied them up outside so they could watch Wrangler and Chasity while they were lunging. I thought maybe I would be able to lunge all four of them together if things went well. When they have someone to watch, my animals learn to stand still when tied. They know it will soon be their turn. 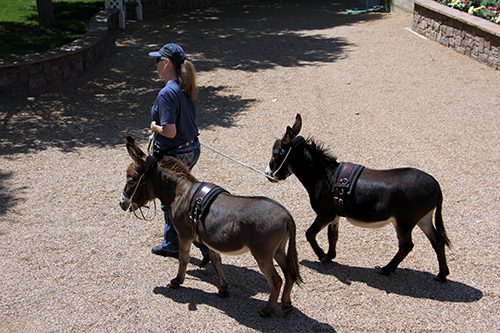 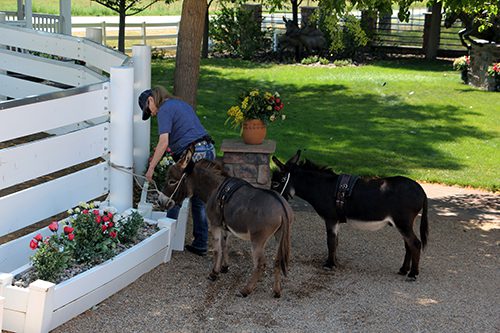 Wrangler immediately noticed the mini donkeys and wondered why they were there, but when asked, I regained his attention to business. Chasity walked off to practice while I adjusted Wrangler’s “Elbow Pull.” 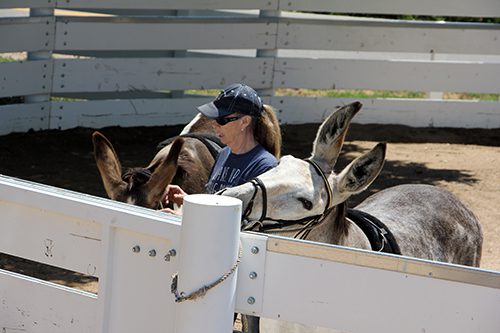 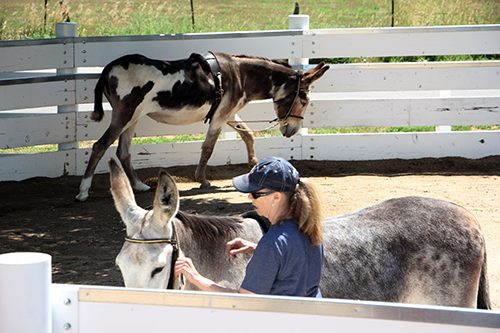 Wrangler stood quietly while I made some adjustments and asked him to flex at his poll to make sure it was not too restrictive. Then I sent him to thr rail for lunging. He went quietly forward in a nice working walk. 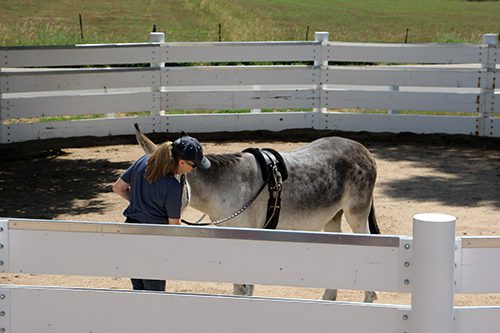 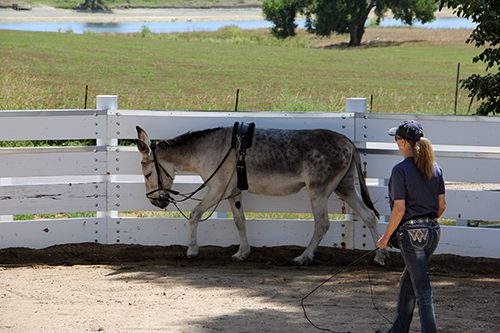 When asked, Wrangler and Chasity moved into a smart working trot. Chasity is getting better with her posture and will soon be able to keep the “Elbow Pull” loose throughout the entire workout like Wrangler does. It takes time to develop that kind of core strength in good balance! 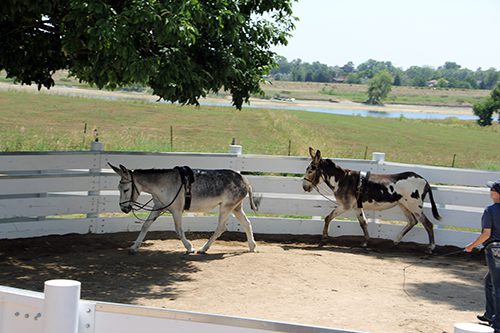 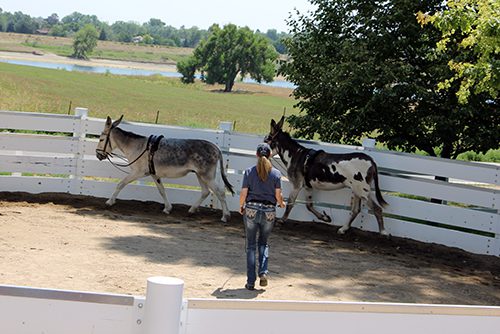 I added the drive lines to Wrangler after successful lunging while Chasity stood by and watched. He was a bit hard to turn in his last lessons, but this time his turns were much improved. He stayed very light in my hands and moved at the touch of a finger. I made sure to use the verbal commands “Gee” (go right) and “Haw” (go left). It makes a huge difference! 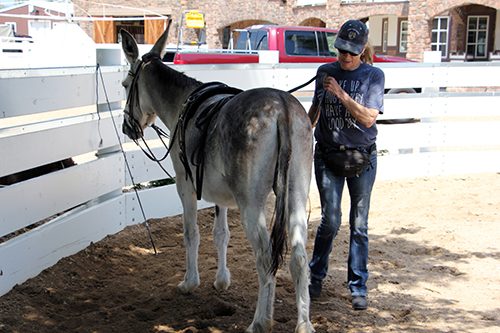 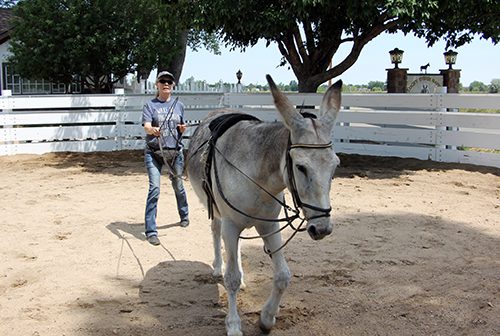 Wrangler stayed calm as we walked around the Round Pen doing an occasional “S” turn through the middle to change directions. 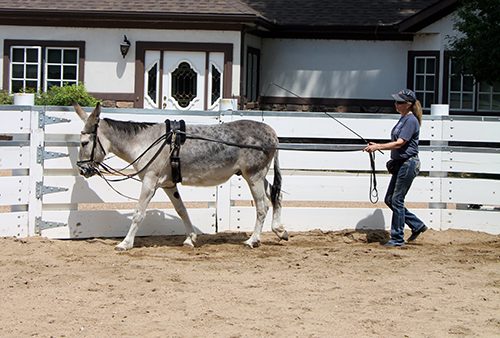 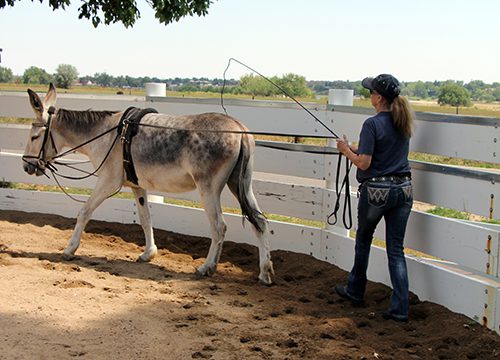 Wrangler was much improved from his last lesson! I don’t “drill” them until they get it right. That would just make them tired and cranky…then they do not learn. I spend about 20-30 minutes on their lessons and quit when they have made an honest attempt. Wrangler came into a nice quiet halt and was rewarded. 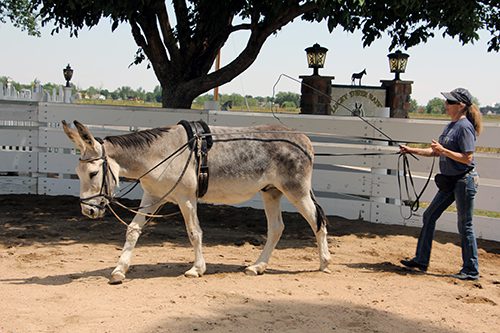 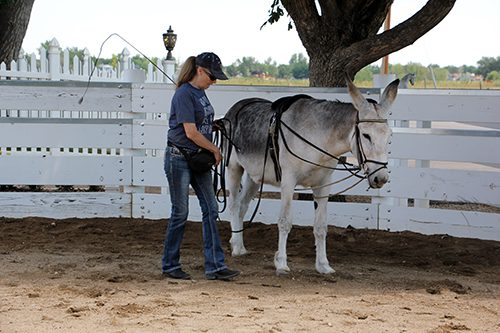 Wrangler did a much better rein back than he had before and offered many more steps on a very light rein! I was extremely pleased with him! It was time to quit with him. I tied him outside the Round Pen so he could watch the others do their workouts…and learn to stay quietly tied… which he did! 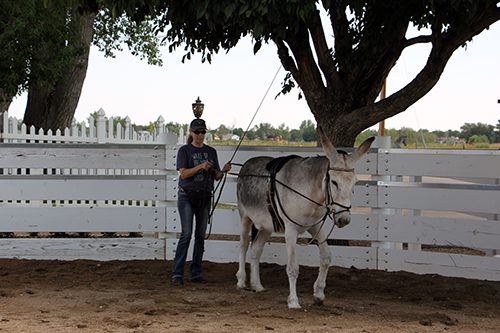 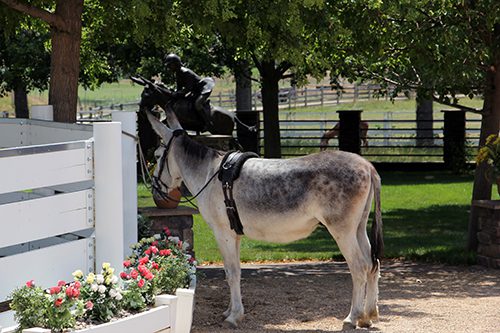