Earlier this month, we set an ambitious fundraising goal of $50,000 to document the BLM’s roundup season, which began in Nevada’s Triple B Complex. That was before this week’s Senate hearing on the BLM’s Wild Horse and Burro Program – a one-sided affair for cattle industry lobbyists, and not a single advocate for preserving America’s wild horses in the wild.

Thanks to you, we hit our $50,000 goal this week. The response from supporters like you has been an incredible boost during the hardest time of the year for wild horses. But to fight back against the stacked proceedings in the Senate – at the same time as the BLM’s terrifying and cruel roundups continue in the West – we’re now raising our goal to make sure everyone, from the American people to their elected leaders on Capitol Hill, sees how inhumane and unnecessary the BLM roundups really are.

We’re doubling down to fight the threats to wild horses and burros. Will you make a donation to help reach our new $100,000 fundraising goal, so we can continue fighting for wild horses in Washington, DC and on our Western public lands? 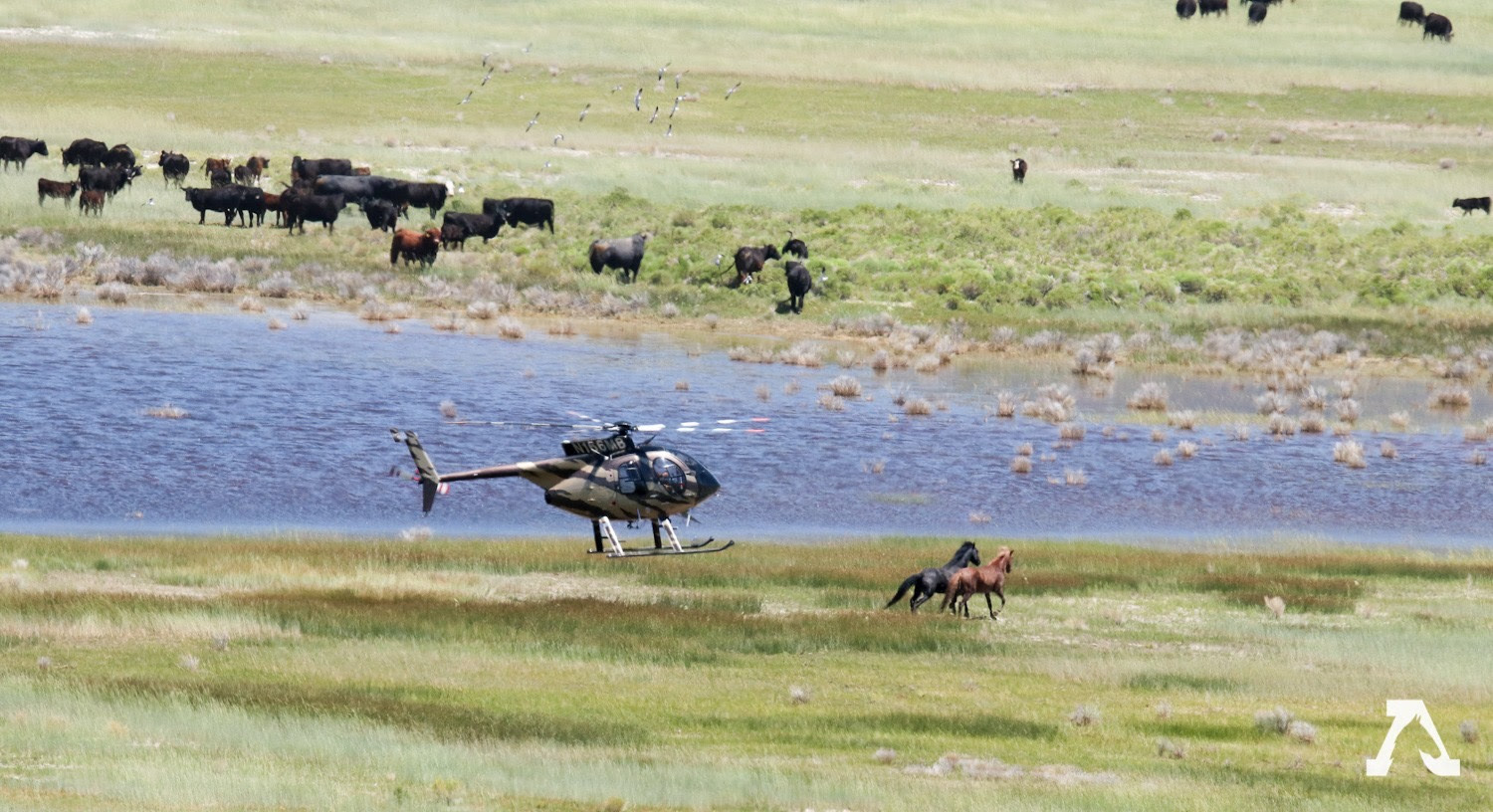 Thanks to your support, we’ve been out at the Triple B roundup in Nevada these past few weeks — with heartbreaking photo and video evidence that will long outlast this roundup. Just over 800 horses lost their freedom at Triple B this month; 16 of them lost their lives. These include five tiny foals, one of whom was too weak to stand after withstanding a miles-long helicopter stampede and another who died of water toxicity, likely a result of the BLM’s failure to give the vulnerable baby electrolytes after an arduous run in summer heat left him stressed and dehydrated.

We’ll use this evidence for the battles ahead. This week’s Senate hearing wasn’t just about laying the groundwork for more roundups. The cattle industry lobbyists and BLM want money to surgically sterilize wild horses who remain in the wild, by castrating stallions and ripping out the ovaries of wild mares in dangerous and painful surgeries.

The cattle industry’s path forward leads to one place — mass destruction… of wild, free-roaming horses in the wild, and of those in captivity whose days will be numbered when the government funding to care for them runs out.

We’ve increased our fundraising goal because this week’s Senate hearing proved, once again, that we are the last line of defense for keeping wild horses wild on the public lands where they belong. Please make a donation to support our work today.

Thank you for everything you’re doing during this critical time for wild horses and burros. We could not do this work without you.