UPDATE: A month of wild horse advocacy and activism

While February may be the shortest month of the year, we made the most of each and every day, organizing a handful of national efforts to protect America’s wild horses and burros.

The numbers speak for themselves: 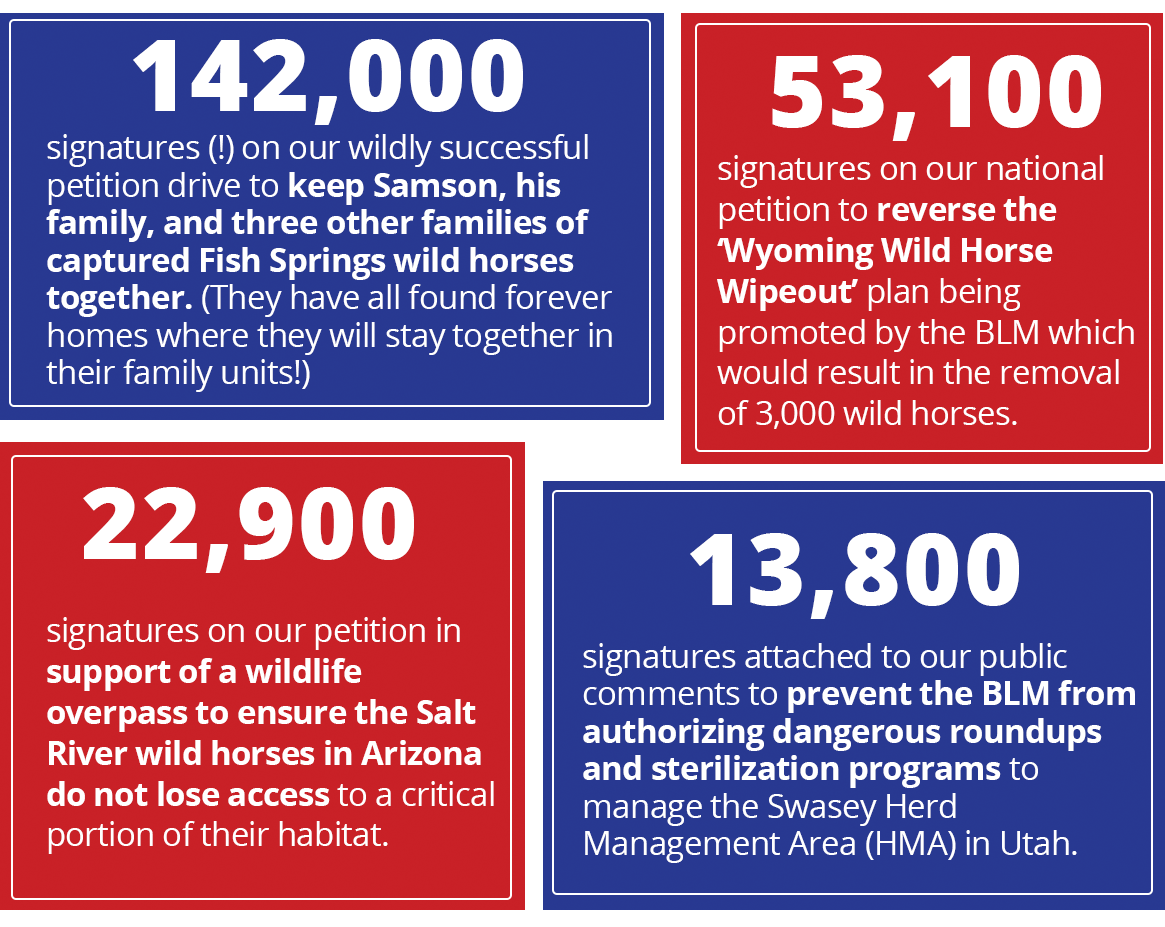 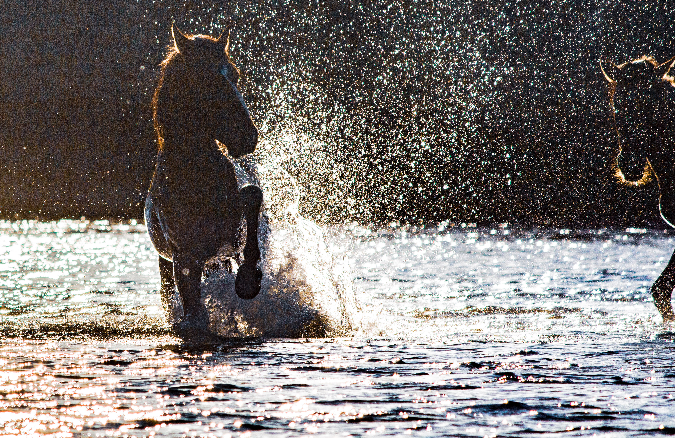 Five years ago, AWHC joined up with our local coalition partner the Salt River Wild Horse Management Group to prevent the mass roundup, removal, and slaughter of the famed Salt River wild horses in Arizona.

The year after, our groups worked successfully for the passage of a state law to protect these horses in their historic habitat. But now, the future of the Salt River wild horses is in jeopardy once more.

A new state bill, HB 2858, seeks to amend the Salt River horse protection bill. As currently written, the bill would block lifesaving interventions that are necessary to save horses and safeguard the herd.

The legislation is currently in the House Rules Committee after passing in the Land & Agriculture Committee. State legislators, such as the Land & Agriculture Committee chair Rep. Timothy Dunn, have acknowledged that the bill’s language must be updated to address our concerns before bringing it for a full vote. This week, the bill’s co-sponsor, Rep. Jay Lawrence, withdrew his support for HB 2858 after sponsor Rep. Kelly Townsend refused to amend it to ensure that humane management will continue to be allowed.

At the same time, momentum is building behind the petition launched by the Salt River Wild Horse Management Group and AWHC to the Maricopa County Board of Supervisors in support of a wildlife overpass, which would help ensure the safety and well-being of the Salt River horses: It’s already exceeded our goal of gathering 20,000 signatures!

Joining Forces To Prevent A Dangerous New Precedent In Utah 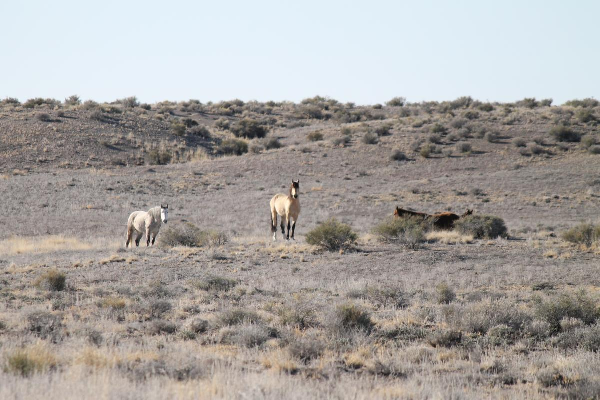 This month, the BLM outlined a ten-year plan that would dramatically reduce the wild horse population in the Swasey HMA in Utah, down to as few as 60 horses.

The scary part is, the BLM is hoping to use this plan to establish a new precedent for wild horse population management for years and Administrations to come: One that relies on cruel roundups as well as dangerous surgical sterilization procedures.

Some of these procedures have not even been developed yet, let alone safety tested. Others — such as the cruel ovariectomy via colpotomy procedure that the BLM has been pushing for years — have been criticized by the National Academy of Sciences and veterinarians as too dangerous to perform in wild horses.

The BLM is not considering reductions to the number of privately-owned livestock in the area, further demonstrating that the BLM is more invested in defending the interests of the livestock industry than those of our wild horses and burros.

AWHC joined forces with the Animal Welfare Institute and The Cloud Foundation to submit 33-pages of public comments opposing this plan, including 13,800 of your signatures in a major show of force. 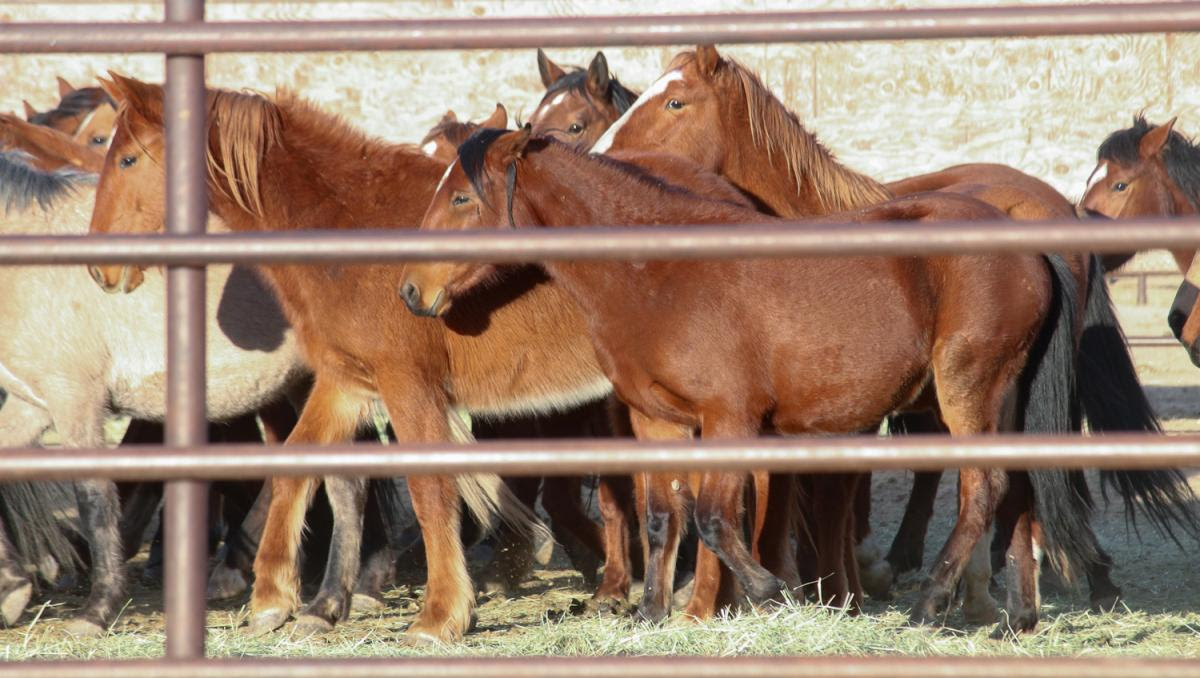 When the roundup concluded in late February, 1,716 of the Complex’s 2,484 wild horses were forcibly removed; including 24 reported fatalities. Of those, over 1,600, or roughly 70% of the wild horses in the Eagle Complex, were permanently removed.

The BLM has set the Appropriate Management Level (AML) for the Eagle Complex at 139-265 wild horses, a number not supported by science, as the BLM continues its practice of imposing absurdly low population limits for wild horses in order to continue to allocate the vast majority of forage in wild horse habitat to subsidized livestock.

Roundup Slashes Size of Reveille Wild Horse Herd In Half 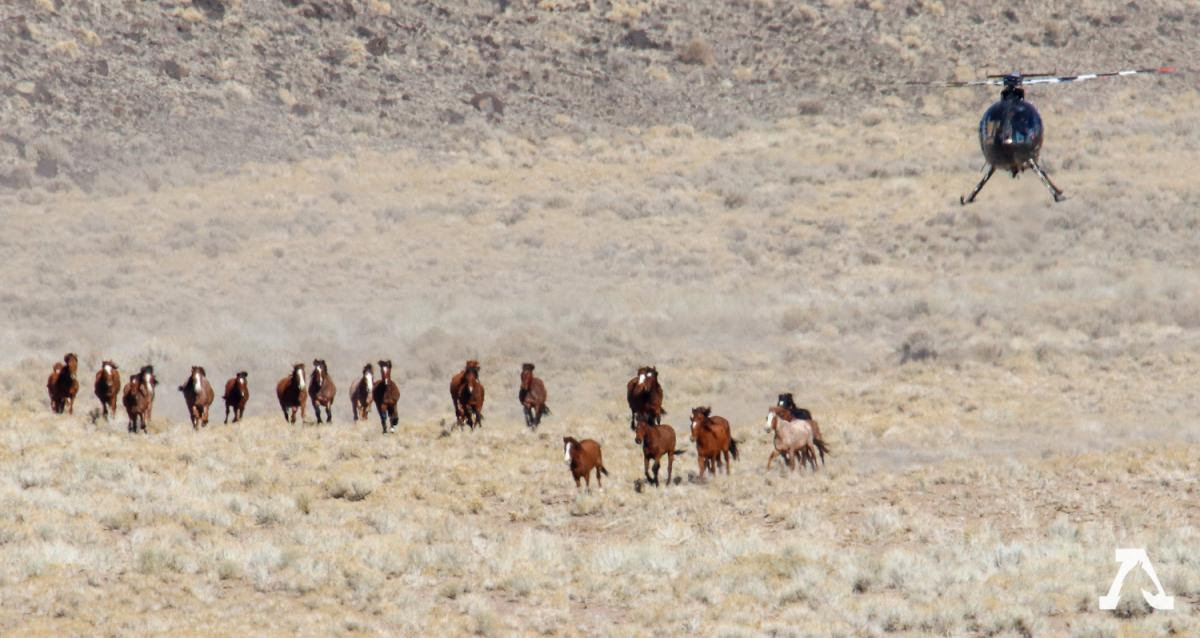 Another roundup in Nevada concluded this month — The Reveille Roundup resulted in the removal of 113 wild horses from public lands, equating to more than half of the wild horse population in the Reveille HMA.

Often times, our field representatives are the only members of the public onsite to view the roundup operation and ensure the BLM is in compliance with federal law and abiding by animal welfare guidelines. Without them present, it would be incredibly difficult, if not downright impossible, to hold the BLM accountable and report wrongdoing.

As in other areas, the BLM is continually rounding up wild horses in the Reveille HMA so that the public lands there can be primarily used for commercial livestock grazing. In fact, the annual equivalent of 2,000 cow/calf pairs graze a 650,000-acre livestock allotment that overlaps a portion of this HMA, while horse numbers are held at just 82-138.

There is good news out of this HMA, however. The BLM Battle Mountain District has been utilizing fertility control periodically in this herd, and it appears to have reduced the population’s growth rate, which will, in turn, reduce the number of wild horses removed in the future.

Start The Weekend On A Positive Note

Operation Fish Springs Rescue is complete! Over 140,000 of you signed a petition to the BLM to bring Samson and his family home, after the agency trapped and removed them over Thanksgiving weekend last year. Subsequent to launching the petition, advocates learned that the BLM had taken three other bands of beloved Fish Springs horses – those belonging to the stallions Rusty and Rocky and one recently acquired by the famous blue roan stallion Shadow.

Unfortunately, the BLM would not return these horses to their home on our public lands in Nevada, but thanks to a team effort, all of these horses have found a safe landing where they will stay together in their bands. 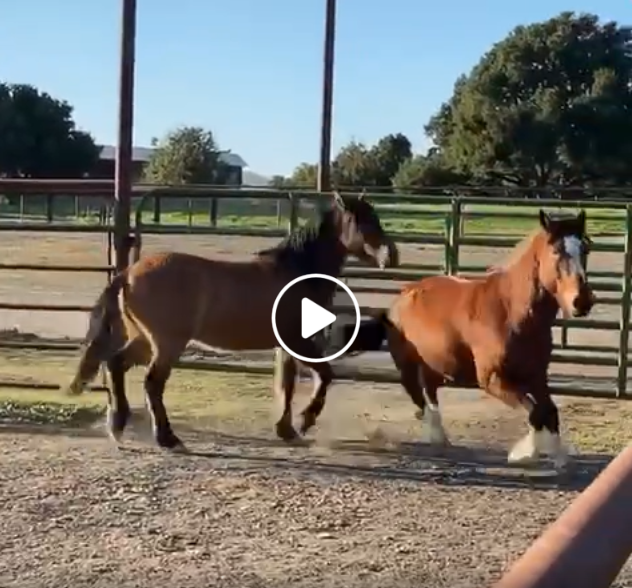 AWHC was pleased to play a key role in the rescue by taking responsibility for Rocky’s band (Rocky, Copper, Elisa, Luna and Luna’s son Jimmy) and Rusty’s band (Amber, Cinnamon, Belle and Belle’s son Luke) and Shadow, whom BLM would only adopt to a sanctuary after he was deemed “dangerous” following a fight with Rocky in the holding pen.

We are so grateful to AWHC board member Alicia Goetz whose Freedom Reigns Equine Sanctuary is providing a lifetime home for these horses, and to our Board President Ellie Price, whose team at Montgomery Creek Ranch, her mustang refuge, purchased Rocky’s band in the BLM online auction. Ensuring that 11 horses were secured in the BLM’s auction was no easy feat, but working together we got the job done!