The war against Wyoming’s wild horses 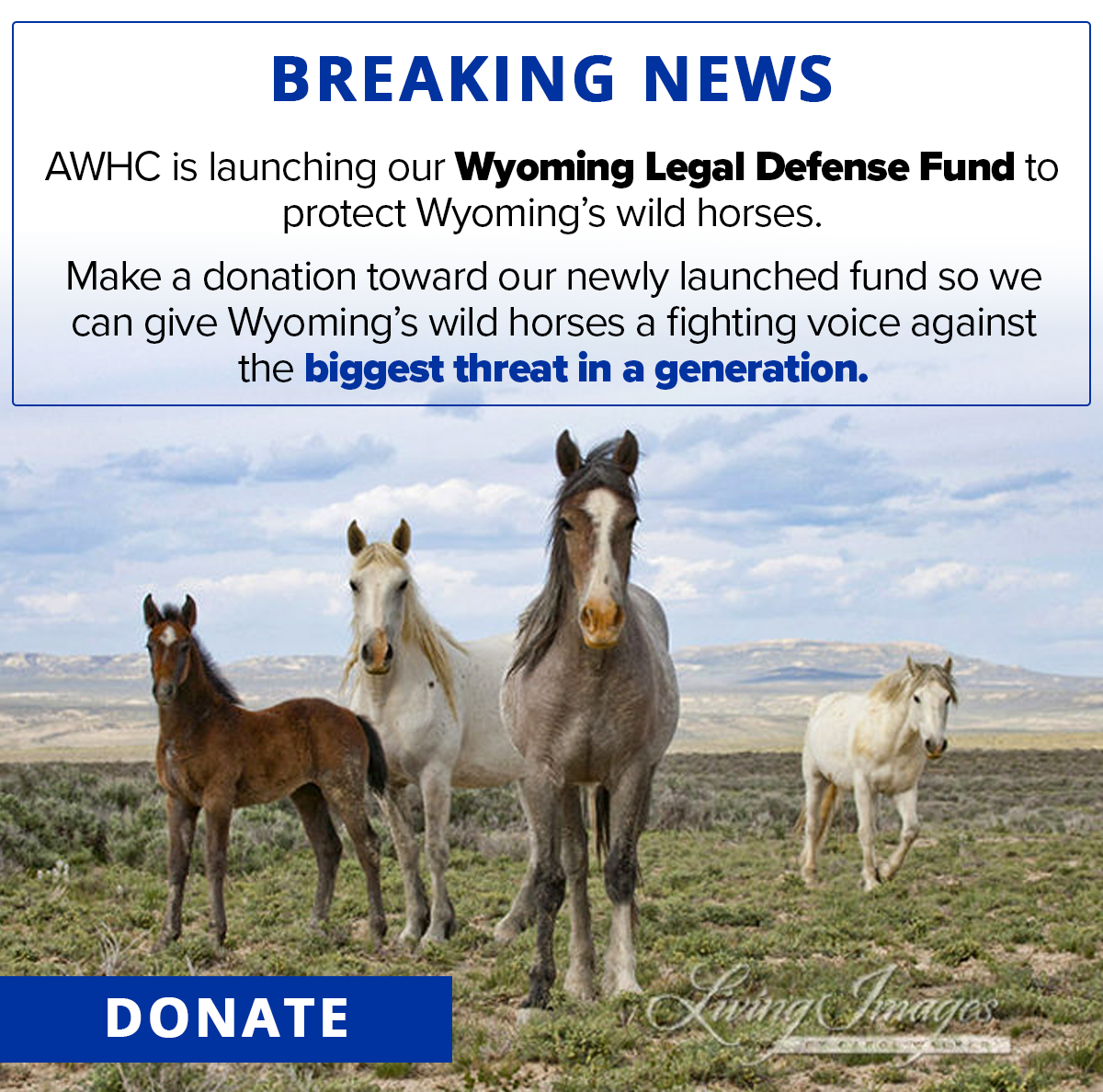 For nearly an entire decade, the Bureau of Land Management (BLM) and the livestock industry have worked in tandem in a non-stop offensive against Wyoming’s cherished wild horses.

Since 2011, AWHC, our coalition partner The Cloud Foundation, wildlife photographer Carol Walker, and tens of thousands of dedicated supporters such as yourself have stepped up to defend them.

Our legal team has been heavily involved in fighting back against the BLM’s war against these horses over the past nine years, establishing critical legal precedents, including one which prevents the BLM from removing wild horses from public lands solely because their populations exceed the agency’s imposed population limits (which are not grounded in science or data).

Another of our legal victories stopped the BLM from using a rancher request to remove federally protected wild horses from private lands as an excuse to eradicate them from the public lands as well. These are huge precedents that we’ll build upon as we continue to defend Wyoming wild horses in the fight for their lives this year!

That’s why we’re reaching out to you, as one of our most involved and engaged supporters, to humbly ask if we can count on your support to launch our 2020 AWHC Wyoming Legal Defense Fund.

We’ve set a goal of raising $25,000 toward our newly launched defense fund before the end of the month so we can give Wyoming’s horses a FIGHTING chance to stay wild and free.

P.S. — The response to our petition drive calling on this Administration to reverse their assault on Wyoming’s wild horses has been incredible. As of today, more than 51,082 of you from all across the United States have stepped up and given a voice to Wyoming’s precious icons.

Help us keep the pressure on and fueling our fight by making your first donation of the year so we can launch our 2020 Wyoming Legal Defense Fund.