It was a good day for wild horses 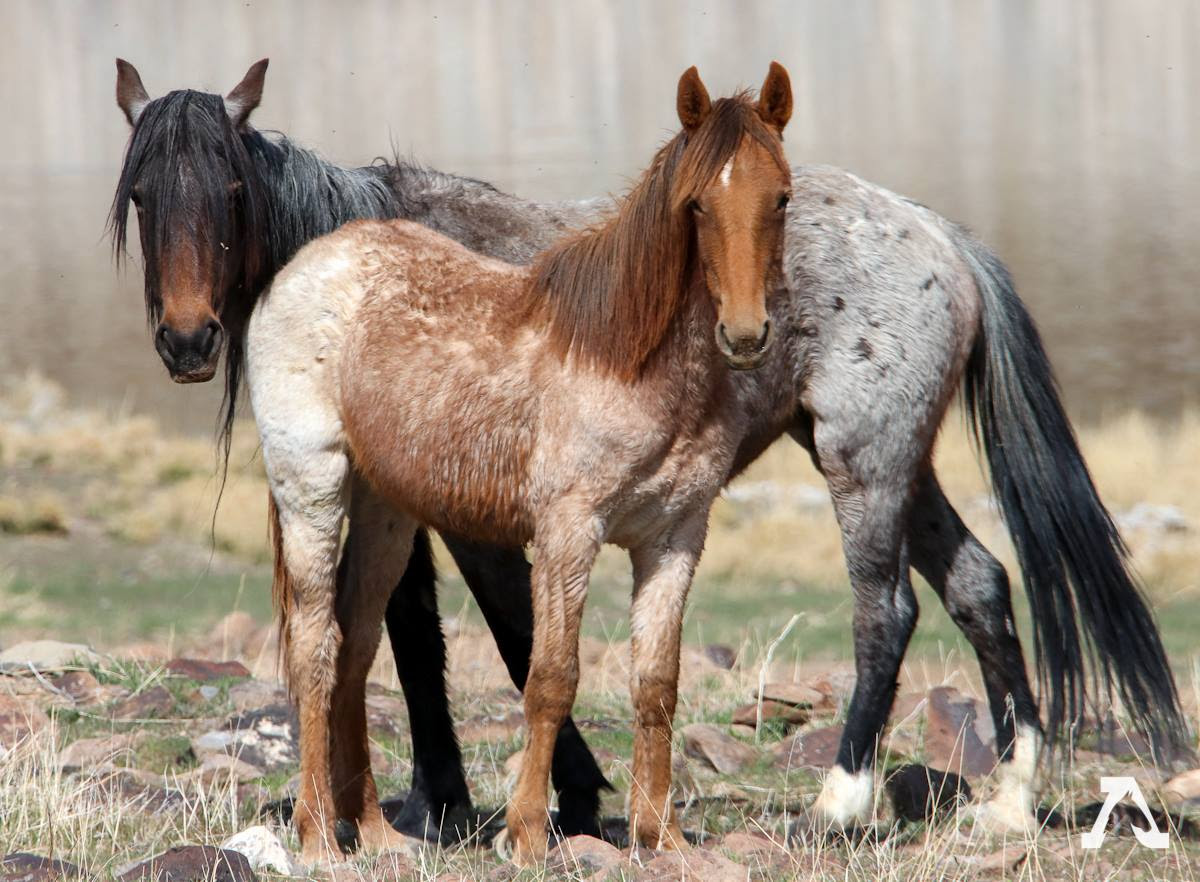 On Tuesday, AWHC and the Nevada Department of Agriculture signed a new agreement to implement a humane fertility control management program for the Virginia Range horses. The program aims to reduce population growth rates in the historic herd, which lives in a 300,000-acre range increasingly impacted by rapid development in the northern Nevada area. Our program’s certified darters will begin working this week in cooperation with the tech company, Blockchains, LLC – the largest landowner in the Virginia Range — to deliver the PZP immunocontraceptive vaccine to wild horses in Innovation Park in Storey County! Read more about this critically important program below. 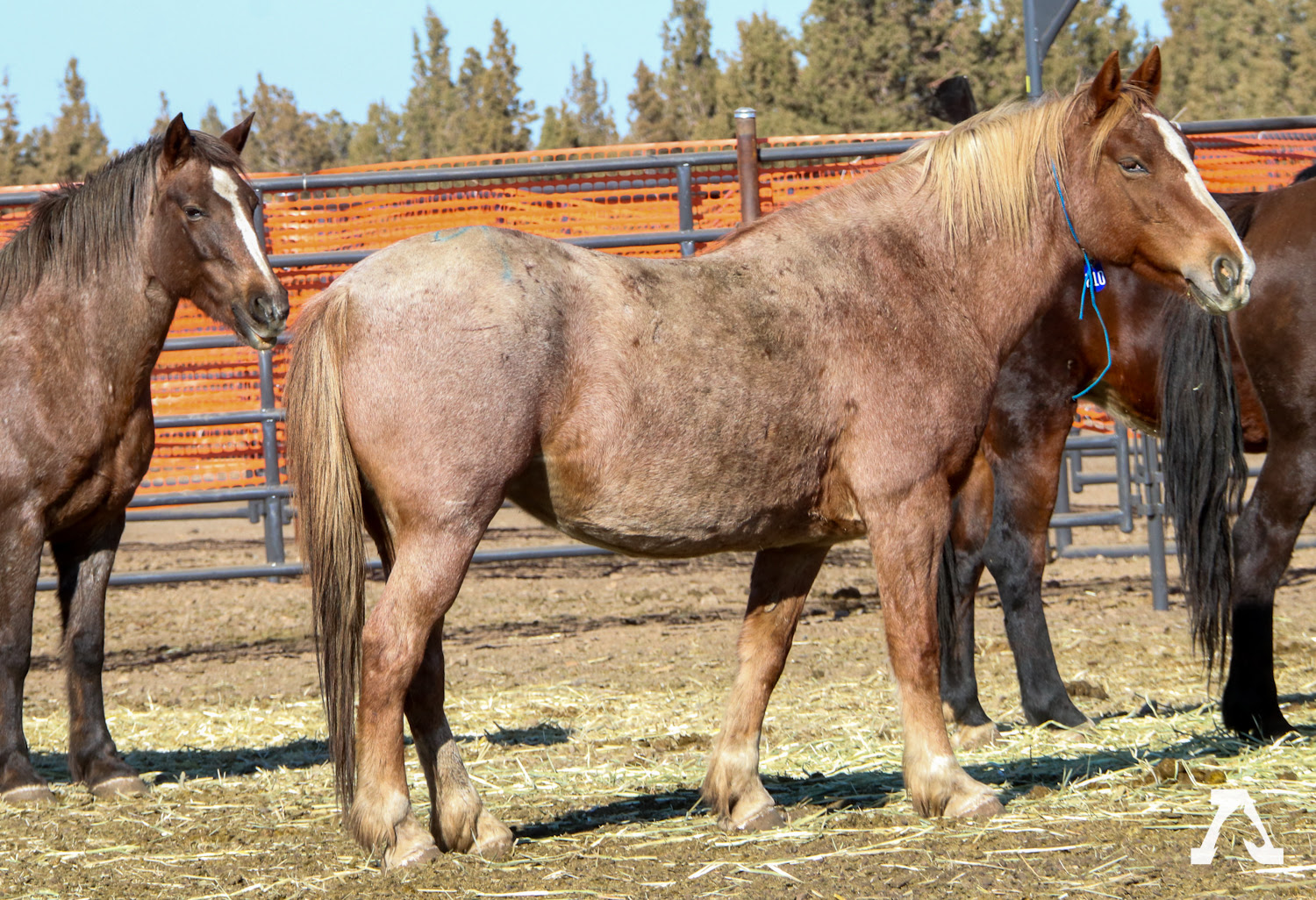 AB 128, a bill to increase protections from slaughter for California’s wild and domestic horses cleared its first hurdle on Tuesday when it passed out of the California Assembly Parks, Water and Wildlife Committee on a 10-1 vote (with 3 abstentions). AWHC is proud to sponsor this bill in conjunction with bill author Assemblyman Todd Gloria, who has been a leading voice for the welfare of California’s horses and an outspoken opponent of the federal government’s plan to sell California wild horses from the Devil’s Garden Territory without limitation on slaughter. Read more about the bill and the latest developments below. 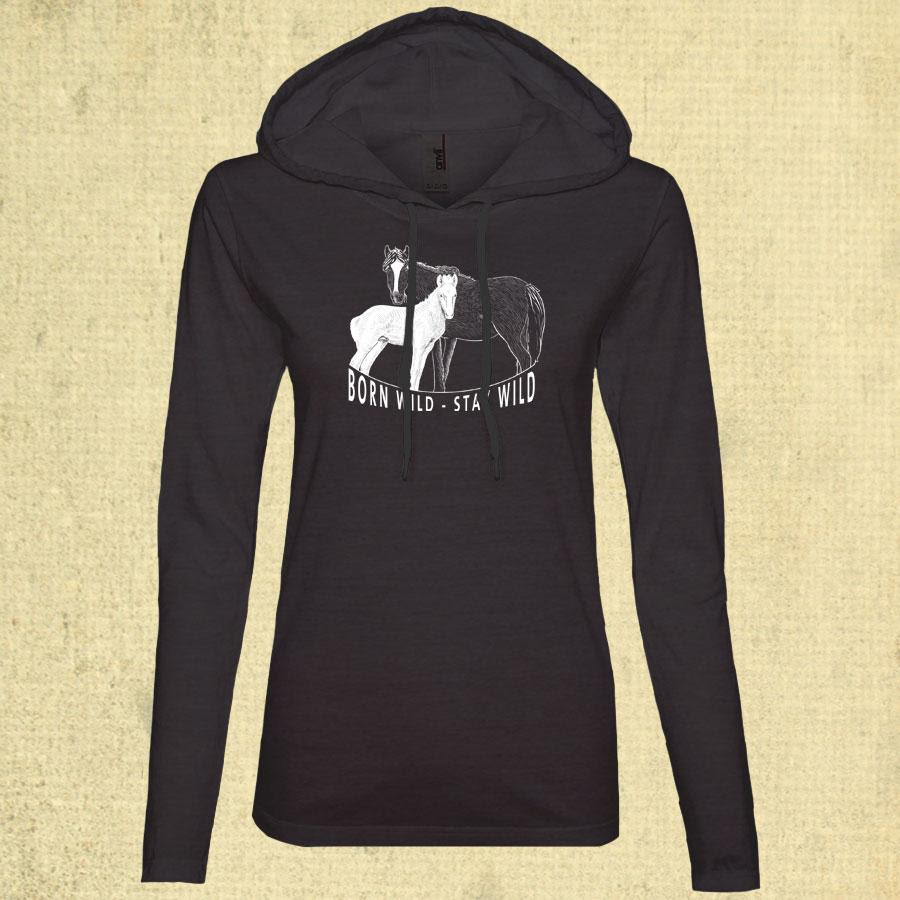 For this week only, we have teamed up with company FLOAT to offer you limited-edition apparel that supports our work to Keep Wild Horses Wild! $8 from every purchase of the ‘Born Wild-Stay Wild’ apparel goes to AWHC. Get them while they last – offer ends on Monday morning! 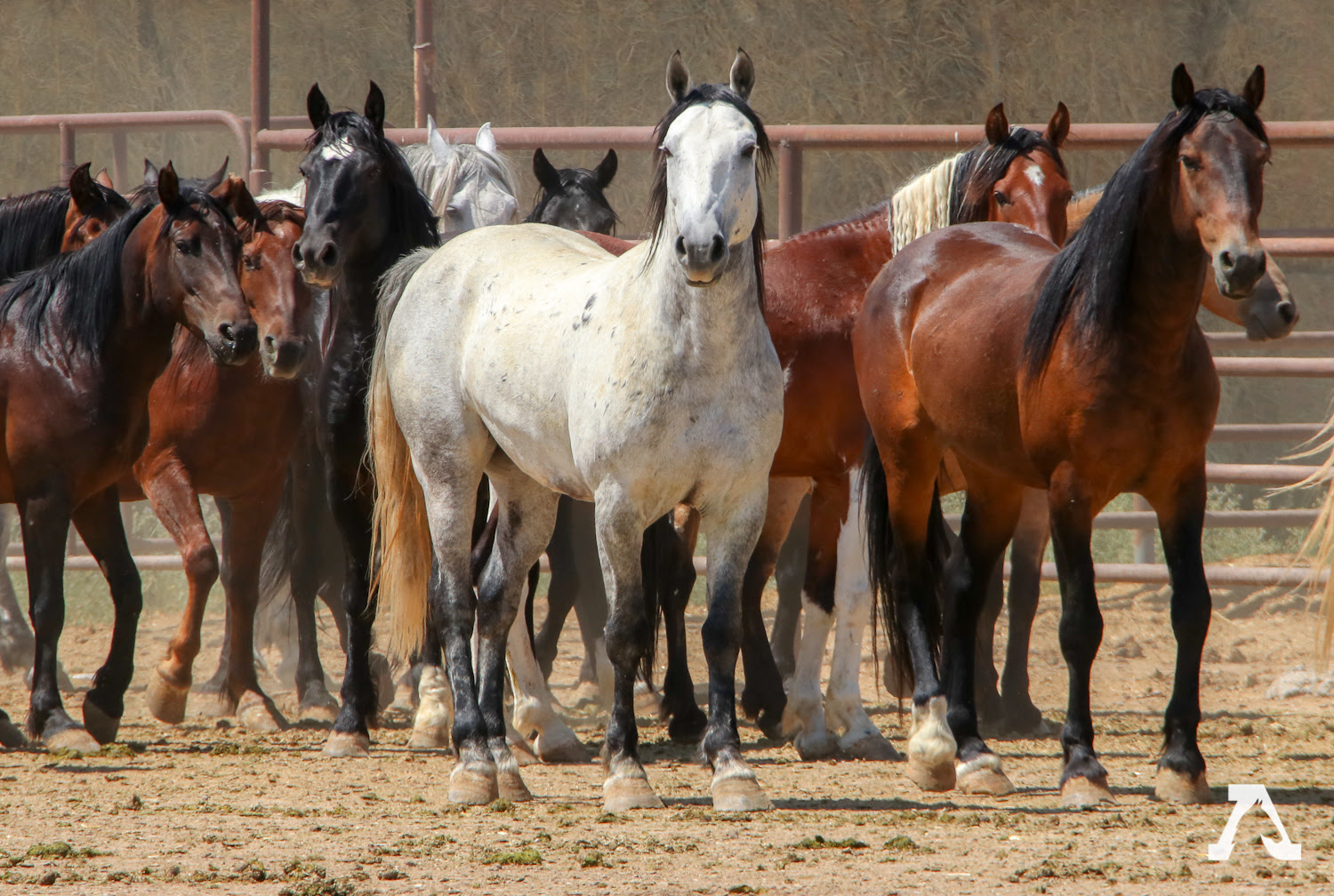 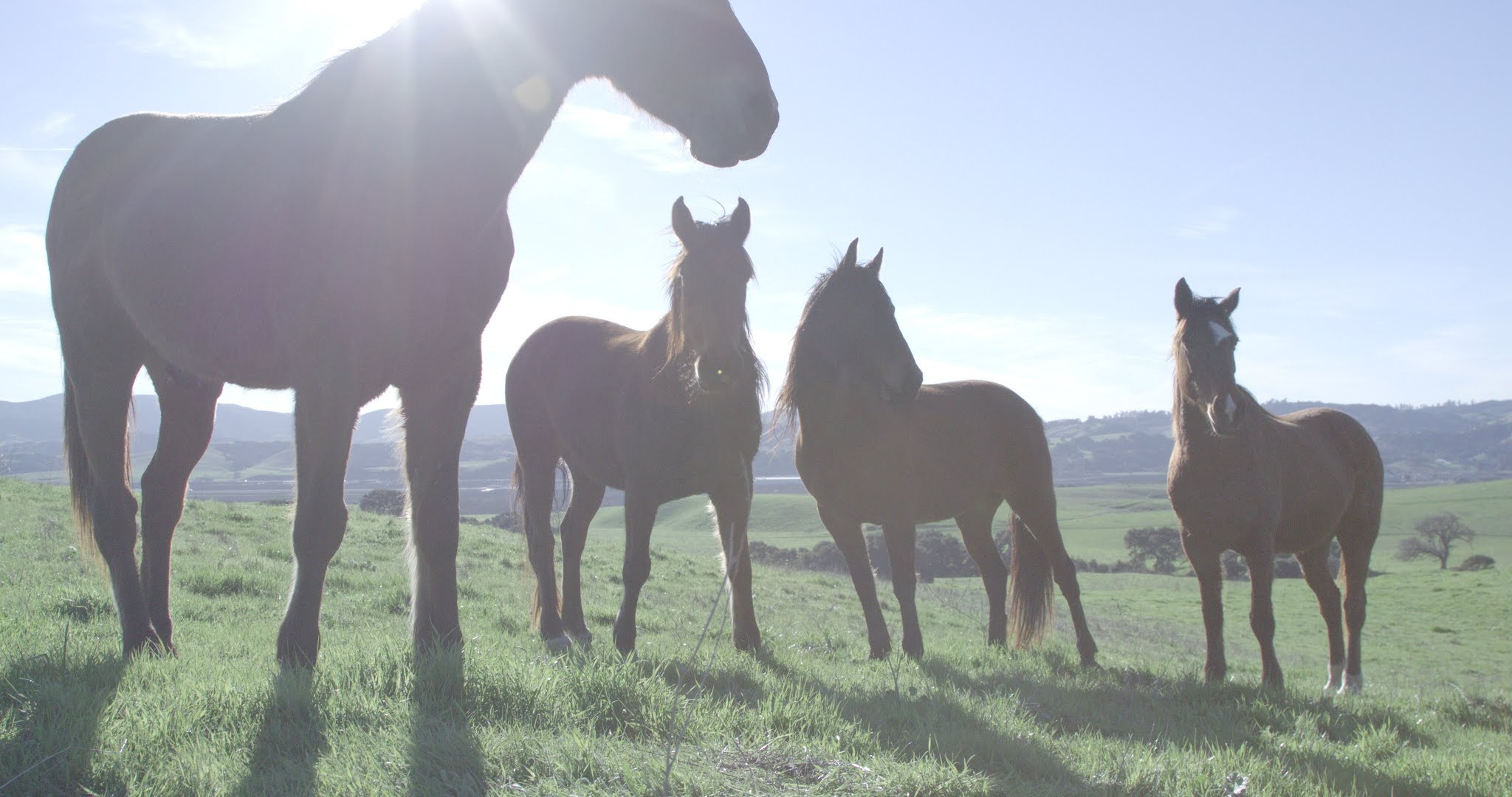 Fate of 90,000 Horses to be Decided in Congress Next Week

We have just eight days until Congress must make a decision on spending legislation for the remainder of Fiscal Year 2018. Behind the scenes negotiations are going on RIGHT NOW as Congress decides between the Senate Interior spending bill, which prohibits killing and slaughter of wild horses and burros, and the House version, which would allow the Bureau of Land Management (BLM) to destroy up to 90,000 mustangs and burros. It’s time to reach out to House and Senate leadership to save the lives of our American mustangs and burros – will you make the calls today?

We were honored this week to be joined at a press conference in Reno, Nevada by officials from the Tahoe Reno Industrial Center (TRI), the largest industrial park in the world, in support of our fight to save the Virginia Range horses in northern Nevada. TRI Director and Storey County Commissioner Lance Gilman gave an inspiring talk about the incredible economic development happening at the TRI and how the powerhouse companies there — including Tesla, Switch, and Blockchains — are strongly behind protecting the horses. Tomorrow, we’ll file our lawsuit to stop the state from giving away the horses to a private owner who would then have the “property rights” to do what it wants with the horses, including selling them for slaughter.

AWHC and The Cloud Foundation are taking a stand against the BLM’s violation of public notice requirements in the scheduling of the next meeting of the National Wild Horse and Burro Advisory Board, currently set for Salt Lake City on March 27, 2018. Yesterday, William Miller of Scottsdale, AZ, attorney for AWHC and TCF, sent a formal letter demanding that the meeting be rescheduled to allow for the required 30-day public notification. Mr. Miller says: “The BLM must give proper notice so that the public can have a voice on this issue that so many citizens care about. This Board has been consistently out of step with the wishes of Americans, 80 percent of whom oppose the killing and slaughter of our wild horses. We will not stand by while this agency trounces federal law in order to restrict the voice of the people and ram through yet another morally bankrupt and unscientific recommendation to kill our American mustangs.”

The Trump Administration’s Fiscal Year (FY) 2019 budget is out, and it again asks Congress for permission to slaughter federally protected mustangs and burros in holding facilities and on the range. The budget calls for slashing $14 million from the Bureau of Land Management (BLM) Wild Horse and Burro Program budget by selling as many as 90,000 wild horses and burros for slaughter to supply foreign horsemeat markets. The lethal plan tramples the wishes of the vast majority Americans – including 86% of Trump voters — and is contrary to the recommendations of the National Academy of Sciences. We now have two fights on our hands as Congress finalizes 2018 spending legislation and begins the 2019 appropriations process. Please take one moment to take a stand against mass mustang slaughter by clicking below.

Late last week, AWHC sent Nevada Governor Brian Sandoval and his Department of Agriculture a legal letter demanding that they rescind the Request for Proposals to transfer ownership of the historic Virginia Range mustangs to a private party. The new owner would then have “property” rights to do what it wants with the horses, including sell them for slaughter. The proposed giveaway is not only illegal, but also would prevent the public from having any say in the protection and management of this locally cherished mustang population. Join us in standing up for the Virginia Range horses by clicking below.

United We Stand for Mustangs

AWHC is pleased to join with more than 80 other organizations and businesses in calling on Congress to maintain prohibitions on mass killing and slaughter of wild horses and burros, and to compel the BLM to implement a humane, scientific and politically viable management program for the nation’s iconic mustang and burro herds. The “Unified Statement “on the Humane, Sustainable, and Cost-Effective On-Range Management of America’s Wild Horses and Burros” lays out a set of principles and recommendations on which such a plan can be based. Please click below to read and share the Unified Statement – the more we stand together, the better our chances of prevailing for the mustangs!