Our farrier, Dean Geesen, came to check Roll on February 5th and took off the protective tape and cardboard that we had protecting the exposed inner hoof. Our veterinarian, Greg Farrand suggested that we discontinue the Providone-Iodine treatment because he was afraid it might dry out the inner hoof wall too much and could cause deterioration and further damage. So we proceeded forward with just hosing the area every other day to keep it clean. 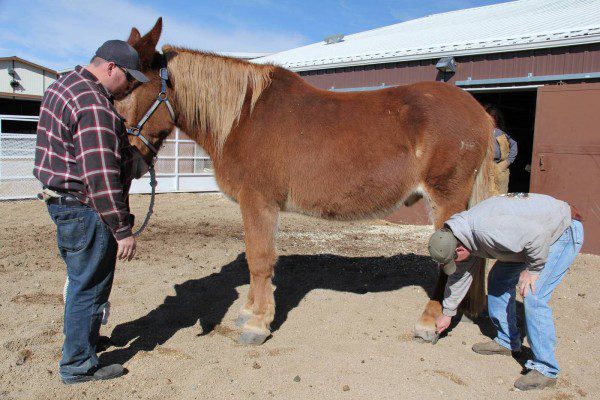 Dean arrived today at 10 a.m. and took off the shoe that had stayed on very well for the full seven weeks. 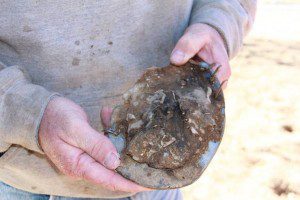 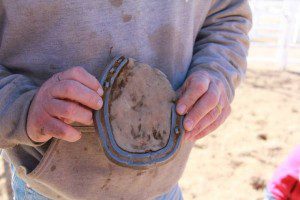 He began trimming the foot and found that Roll had contracted White Line on the medial side of the same foot, only it was not nearly as advanced as the lateral side that had been pared with the hoof wall removed. 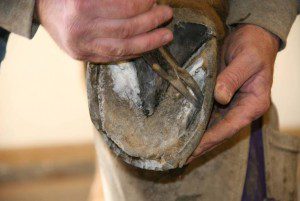 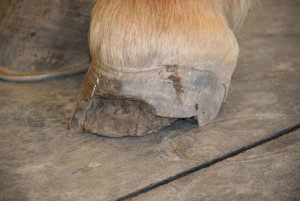 Roll did have over a half inch of growth in the foot which was a good thing. He pared away the part of the hoof wall and dug out the White Line fungus. Then he noticed that Roll was growing rather odd looking tissue along the coronet band. 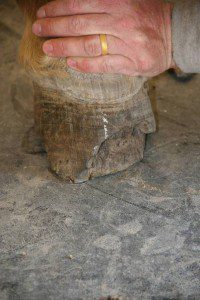 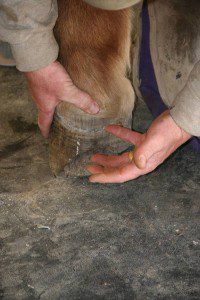 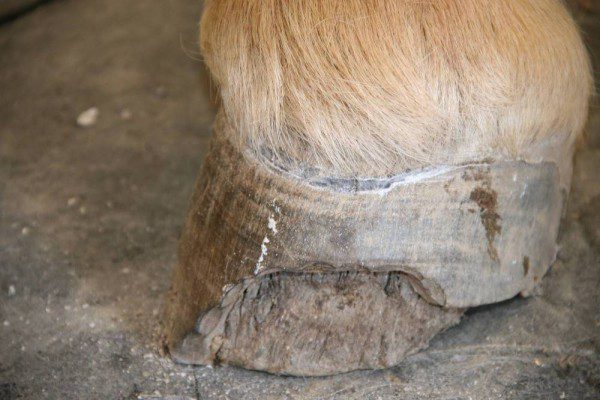 Dean said he had not ever seen anything like this, so we called Greg and he said he would not be able to come to us until the end of the day, so we put a pad over everything and taped it to his foot for protection until the vet could arrive and help us to assess these strange new developments. 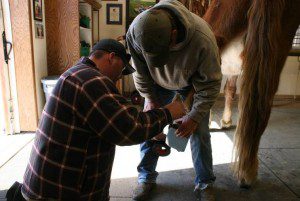 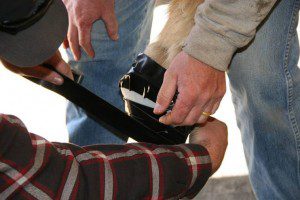 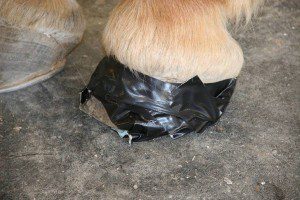 Greg showed up a little after 5 o’clock p.m. and we began our discussion. Dean thought the foot might be dead after no sensitivity reaction to the hammer. 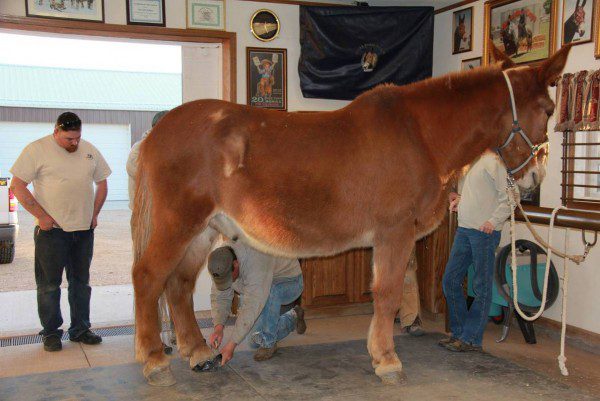 We were all concerned after removing the Styrofoam and tape that the issue with the coronet band would be serious, but upon inspection, Greg thought it looked like he was just trying to grow a new hoof. We opted to set a date next Tuesday to do x-rays to make sure that the new hoof was not separating. 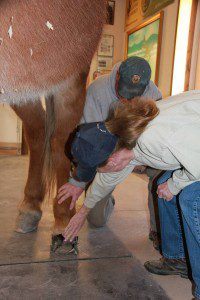 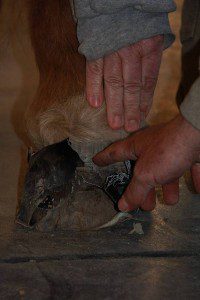 Then we looked at the imprint of his foot on the Styrofoam that had been taped on all afternoon to see where the pressure points were and it looked like the way he stood on the foot had adequately supported the coffin bone. 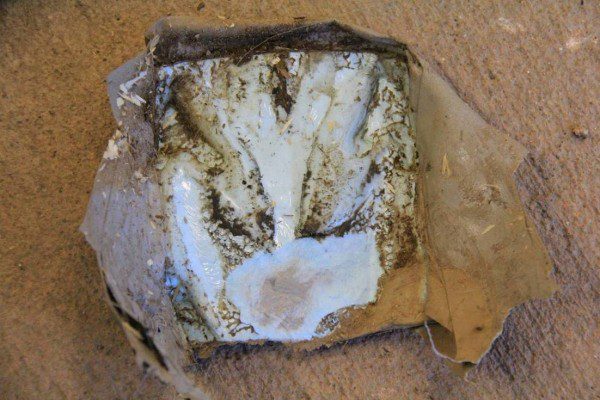 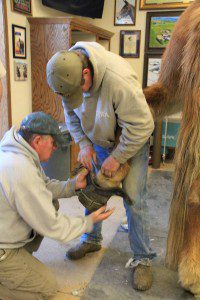 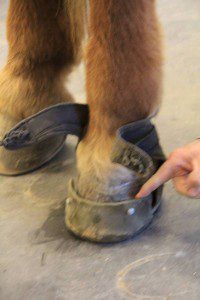 We determined that perhaps there was only nerve damage in the foot that was causing the non-reaction to the hammer. We agreed that there could still be adequate circulation to the foot or he would be lame if the hoof was dying. And, he has not had one lame day since he come to us in December of 2010. 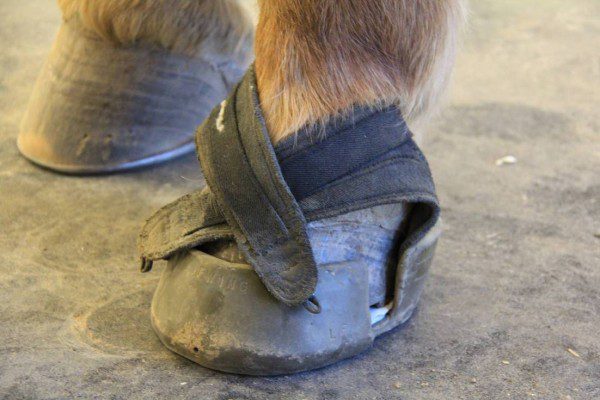 We ended this session and all agreed to meet for the x-rays on Tuesday of next week to obtain more information and determine our plans going forward. The very last test was to see how he walked with the Styrofoam lined boot. We would need to check to make sure the straps don’t rub and cause an issue. If they do, we plan to pad them with rolled cotton. This is quite a setback, but there is still HOPE!!! Keep the prayers coming… they’re working! 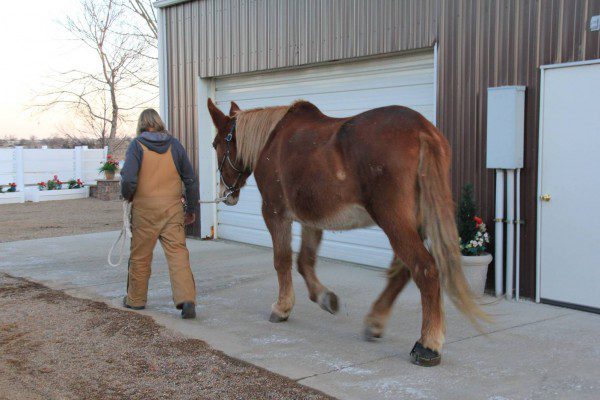