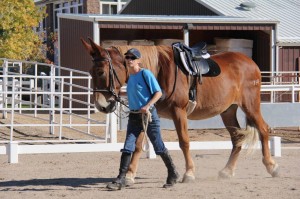 Roll was a little hesitant and stiff during his workout in the dressage arena through the hourglass pattern with me riding today. I couldn’t tell at first if he is just being overly careful because I was on board or if he was truly having issues with his feet. The more he did, the better he got as far as traveling, but there was significant problems keeping him between the reins. I attribute that to previous drivers with very bad hands. He does seem to know how to track straight between the reins with adequate forward impulsion. He clunked the ground rails as I led him through the pattern the first time, but after adjusting the distance between the ground rails, he did much better both on the lead line and under saddle. He did very well staying erect and bending through the rib cage around the corner cones. He also gave me intermittent surges of impulsion and did not seem at all lame when he did it. At trot, he got wiggly on his straight lines, but I am encouraged that will pass as he gains more strength and impulsion. All in all, it was a very nice first-time serious hourglass workout under saddle! 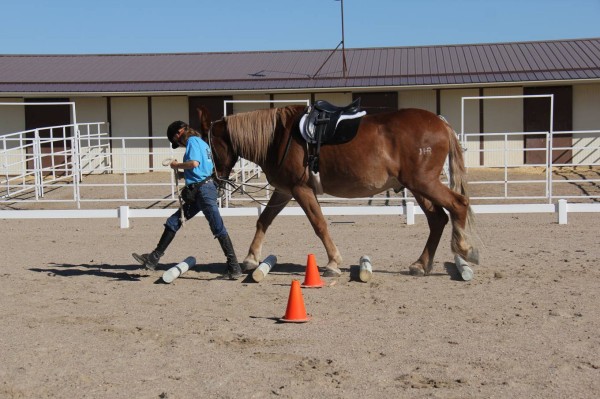 Roll was anxious to go to work!

The first order of business was to survey the course… 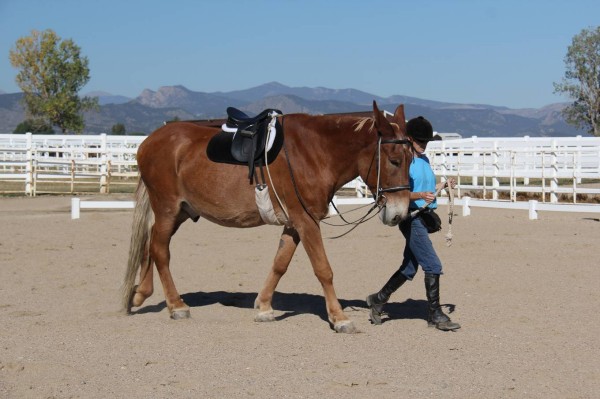 …and be led through in sync with each other. 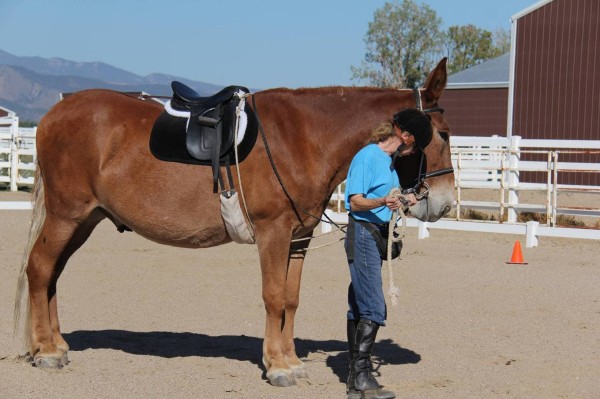 Then Roll did a nice square halt! 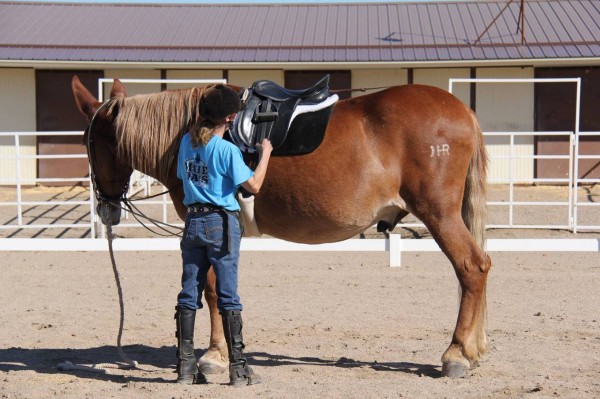 Before mounting, I checked all his gear to make sure everything was in good shape and that Roll was comfortable. 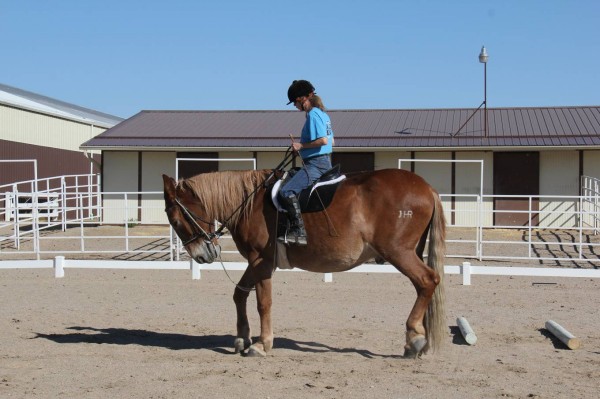 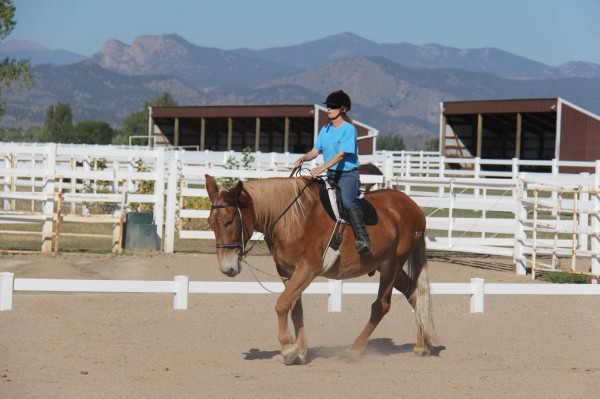 Roll walked the pattern nicely and stayed on the bit. Note the loose elbow pull! 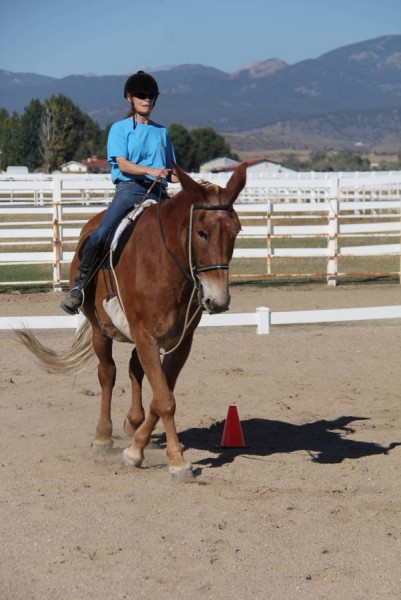 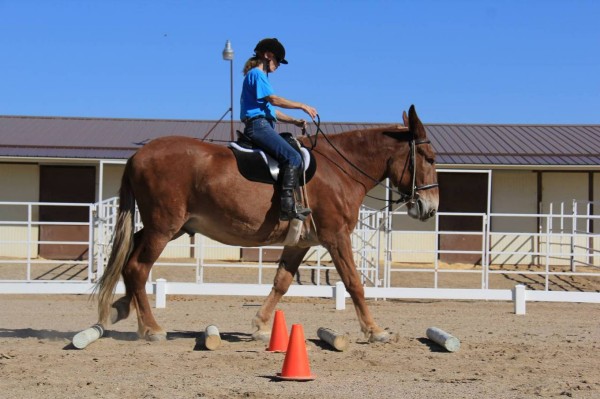 …and tracked easily over the ground rails. 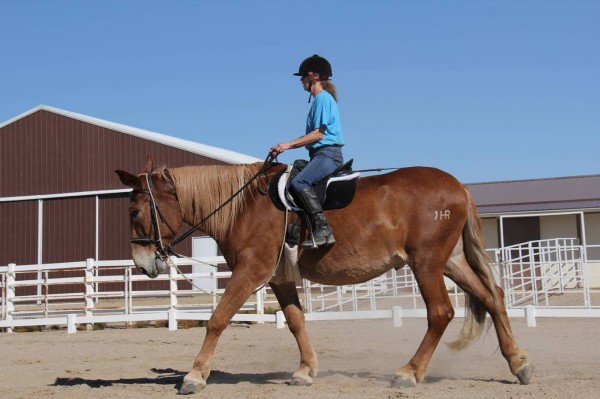 When asked, he lengthened his walk as best he could! 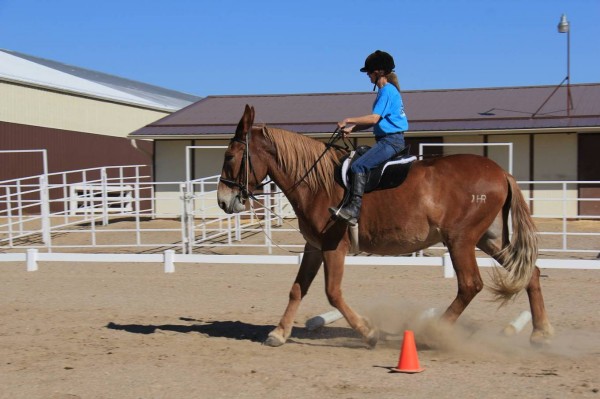 I hadn’t planned on trotting, but Roll was having so much fun that he offered it and I accepted! His movement was so BIG, it shot my legs forward! 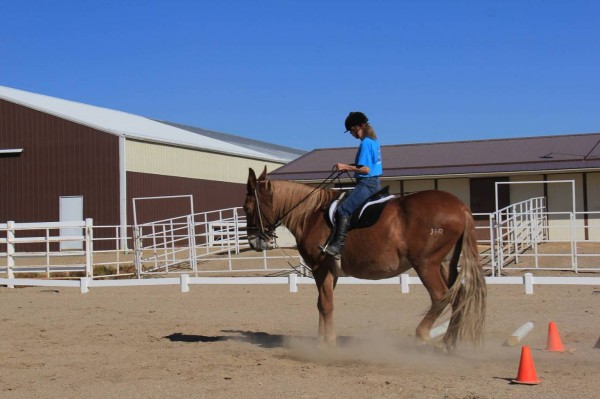 His hind quarters came well underneath his body through the halt… 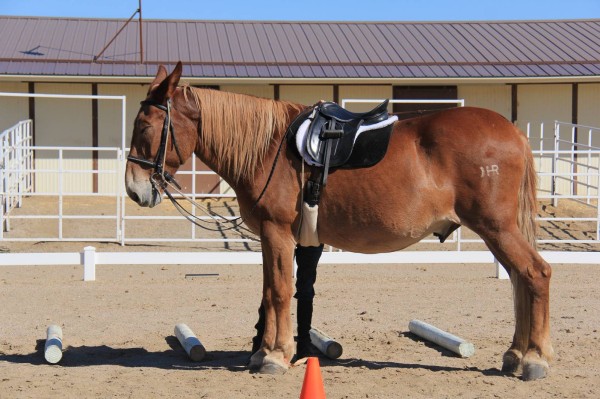 …and after so much work and energy spent, Roll decided instantly it was nap time!!! What a good boy he is!