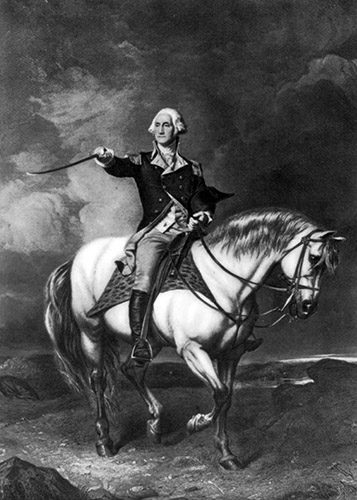 George Washington imported the first jacks into the United States on October 26, 1785. The two jacks were a special gift to him from the King of Spain, although one died during the crossing. Royal Gift made it to become the sire of Washington’s mules at Mount Vernon. Two hundred years later, October 26th became Mule Appreciation Day as a result of mule’s increased popularity in modern times. George Washington was one of the very few in his time who recognized the value of breeding good mares to jacks for the best mules, at a time when most people were breeding mares that were unfit for horse production. The mule, being the hybrid cross between a male donkey called a jack, and a female horse called a mare, generally inherits the best characteristics from both parents. He is a stronger and more durable animal than the horse, requires less feed for good health, is more surefooted and is more resistant to parasites and disease than is the horse. He is smarter and less likely to injure himself than the horse, and if bred and trained properly, he possesses a disposition that is affectionate, humorous and more willing than that of the horse. In 1992, the American Donkey & Mule Society celebrated its 25th Anniversary in support of mules and donkeys.  In 1967, inspired by “Platero,” a gentle donkey and friend owned by the Hutchins family, the A.D.M.S. was founded by Paul and Betsy Hutchins and has grown into an appreciative organization of over 4000 members. They have encouraged people internationally to start their own clubs and organizations in support of Longears. As a result, the mule has enjoyed more different working and recreational uses now than ever before! 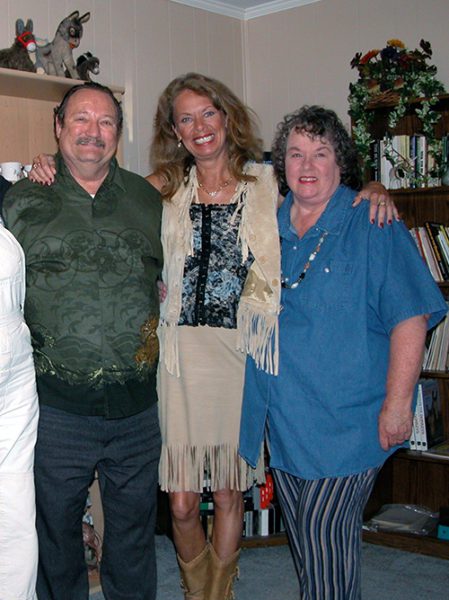 Although his primary use has been and still is as a pack animal, the mule has become a viable saddle animal, competing in all of the same types of events as horses. He has his own shows, as well as competing against horses in other types of shows. He is a curious animal and commands attention and interest wherever he goes. Mules and donkeys have been exhibited in the opening ceremonies at the Olympic Equestrian games years ago. There was an A.D.M.S. entry in the Tournament of Roses Parade in Pasadena on New Year’s Day 1992 and they have been exhibited at many horse shows and events across the United States. Special interest groups have been formed to help to preserve the integrity of these wonderful animals in an effort to educate people as to their use in the world today.

The Donkey Sanctuary in Great Britain rescues abused donkeys and allows them to live out the rest of their lives in peace, comfort and good health. Some of the donkeys are used at yet another place called the Slade Centre in Great Britain in a handicapped drive and ride program, while the Donkey Protection Trust provides experts in the field to poorer countries for healthier and more economically productive use of their donkeys where lives are actually dependent upon them. Interest in these remarkable animals has spanned many miles around the world and has brought people and cultures together for a common cause. 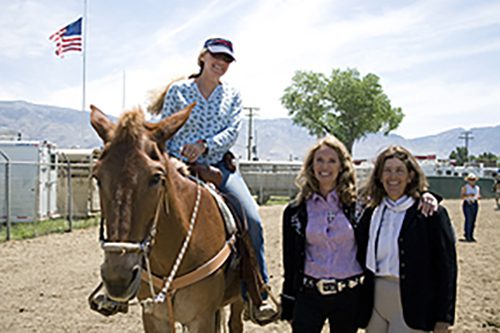 Special people dedicated to the positive promotion of Longears have educated others about these valuable assets to our society, and have helped to dispel old rumors and unkind attitudes about them. The result of their work is apparent in the lives of many people who have had the opportunity to be exposed to mules and donkeys. Mules and donkeys have bridged gaps among people, cultures and religions. Their contributions can be found in many aspects of our lives.

In 1992, the Lucky Three Ranch in Loveland, Colorado, in keeping with the spirit of Longears, developed an apprenticeship program for students wishing to learn about the many aspects of the Longears industry. It originated as an effort to have a cultural exchange of ideas and attitudes worldwide. It was basically a program to teach the student how to train and manage mules and donkeys, but it also covered the economic, 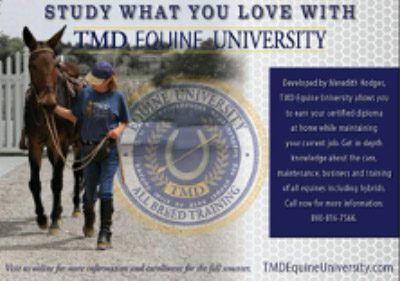 commercial and social aspects as well. We were proud to accept our first student, Ruth Elkins from Great Britain, in October of 1992. It was her wish to not only learn as much as she could about Longears, but to introduce an American Dressage Mule to her country when she returned. She had hopes of inspiring a new and interesting challenge to others in her own country. How appropriate that our first student should arrive during the very month that we have designated to appreciate mules! This now online program has since been revised and is called the TMD Equine University – open to students from the U.S. and around the world who can understand English. For those who cannot, we have our website at www.luckythreeranch.com translated into French and Spanish, and three manuals that correspond with our Training Mules and Donkeys DVD series are also translated into French, Spanish and German. 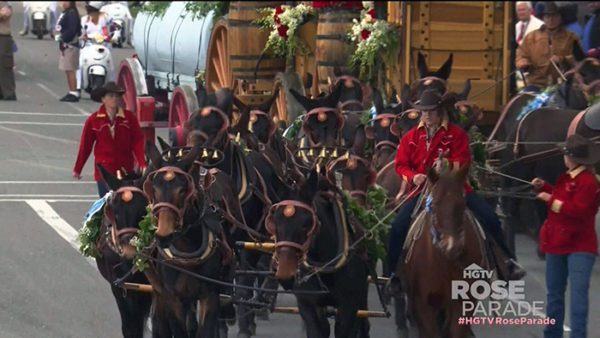 Historically, mules have been primarily responsible for helping to build this country into what it is today. They aided the cavalries in the acquisitions of land. They pulled covered wagons of settlers thousands of miles across the new frontier. They worked in the coal mines, along canals and in the Southern cotton fields, as well as other crops. Mules helped build some of our major recreational facilities, such as the Rose Bowl, and have helped provide safe access to treacherous mountain recreational areas, such as the Grand Canyon, where the use of horses is questionable… and the list goes on!

Today, the mule still makes his tangible contribution to our social growth and development. He is an animal which has evolved with the times and there seems to be no end to his capabilities and contributions. New uses are continually being discovered for this highly versatile and adaptable animal, limited only by our own imaginations. It’s only fitting that we take the time to appreciate Longears on October 26th, an animal who has contributed so much to all of our lives. Thank you, mules…and donkeys, too! Life might not be as sweet, were it not for you!