BREAKING: BLM moves to round up as many as 4,000 wild horses in Wyoming 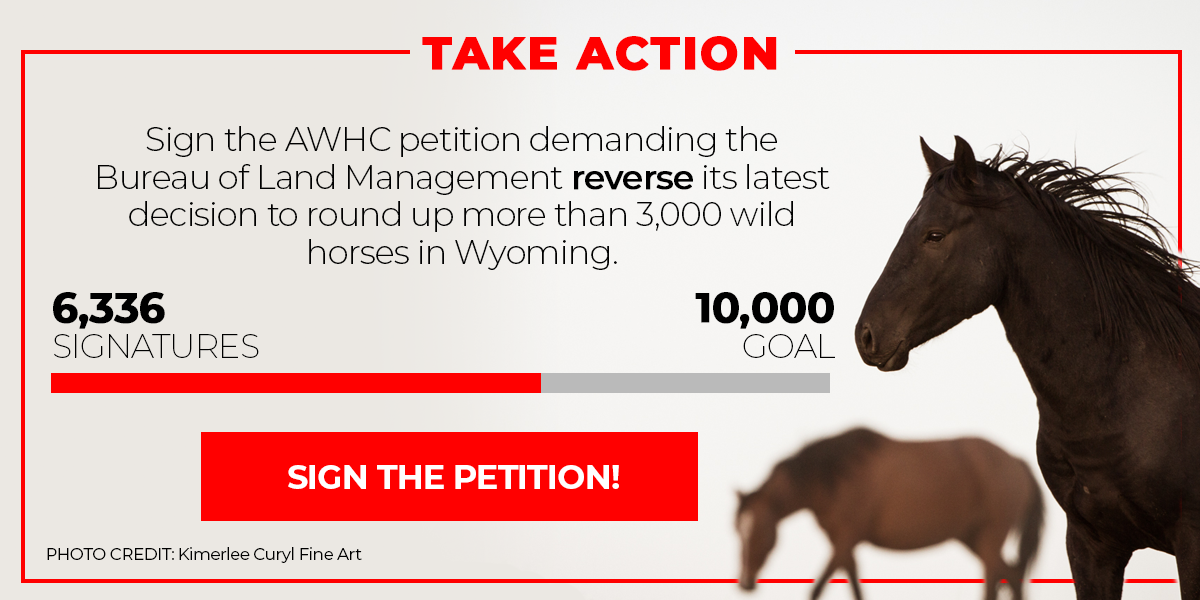 The Bureau of Land Management just unveiled a plan that would decimate Wyoming’s wild horse population, reducing the population there by more than one-third.

It’s hard to overstate the irreversible damage this plan will inflict. By the numbers:

3,000+ — The number of wild horses the BLM will permanently remove from the state,

38% — The percentage of the state’s entire wild horse and burro population that would be removed under this plan,

2,500,000 — The number of acres that will be eliminated as wild horse habitat, meaning wild horses will be eradicated from this wide expanse of public land,

0 — The number of wild horses that will remain in the Great Divide Basin, White Mountain and Salt Wells Creek HMAs.

The Checkerboard wild horse population has long been a target of the powerful Rock Springs Grazing Association, whose members profit from steep taxpayer subsidies to support their privately owned cattle and sheep herds on public lands, including in these HMAs.

We cannot allow the BLM to sell out the interests of the American people and our country’s federally protected wild horses and burros to elevate the private profits of the livestock industry.

We set a goal of reaching 10,000 signatures before the end of the day: Join AWHC in calling on the BLM and this Administration to reverse this plan that could result in the removal of more than one-third of Wyoming’s wild horses.

AWHC has been involved in litigation to defend Wyoming’s wild horses since 2011. We’ve achieved a number of victories in the courts, including at the Tenth Circuit Court of Appeals.

You can learn more about the Wyoming Wild Horse Wipeout and the areas affected here.

We will continue to do all we can to protect Wyoming’s cherished icons.

Thank you for getting involved,