Wrangler has been a happy camper since we acquired Chasity. Before that, he was so rambunctious that there was no one else that could be in turnout with him and I had limited time to work with him. He and Chasity are the same size and the same age, so they do get along very well. I still have to make training judgments when working with them. He helped me to get Chasity moving freely in the Round Pen during her first lessons, but lately, he has been annoying her while lunging which does not allow her to relax in the “Elbow Pull” like she should. And, he doesn’t relax either because he is too busy showing off to her now! So, I had to modify my approach. I still take them out together and just tie one up while I am working the other. I find that this works very well. Wrangler is back to moving in a dignified manner! 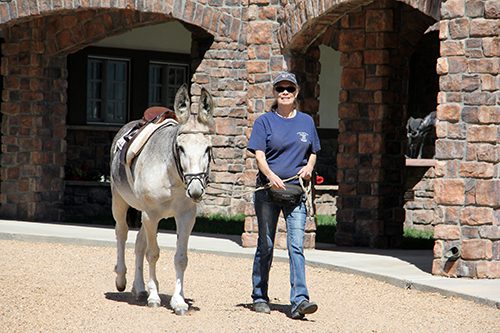 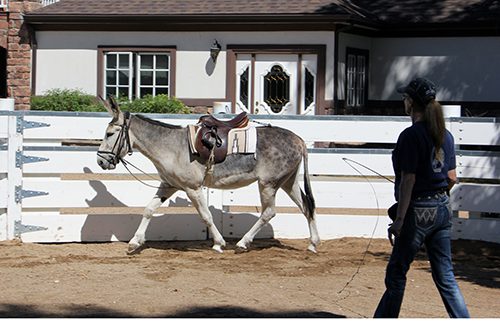 I can say that showing off to her did have its benefits. It developed his agility and his eagerness to move more forward and into a canter. When working him alone, I did not have to tie his reins to the saddle to keep his head up as I did when I was working him with her, but I did leave them on the bridle and secured them around his neck in case I did need them. His trot was very nice this time, so I decided to actually give the command to “Canter” and Wrangler willingly complied! 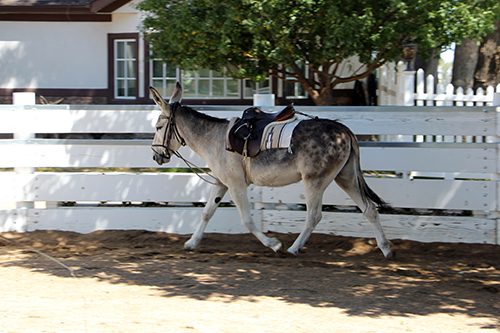 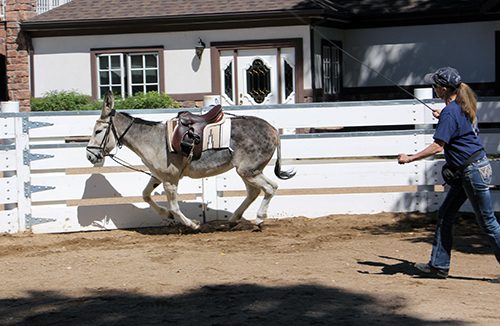 As Wrangler passed Chasity, he did occasional do a little crow-hop to acknowledge her, but mostly he stayed in good balanced posture and exhibited core strength with a lot of agility and flexibility. I used to think I needed to tire my animals to make them behave, but I have since found that when I pay attention to their physical development as well as the tasks I want them to do they are much happier and willing to comply. I PREPARE them for performance and bad behaviors decrease exponentially because I make them FEEL good! Good behavior is ALWAYS rewarded! 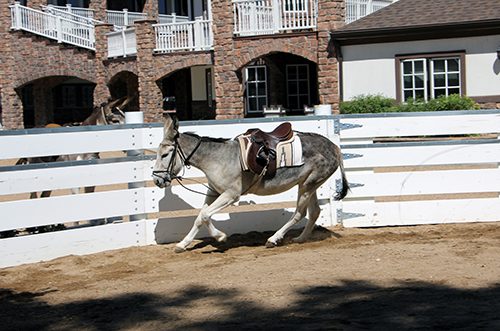 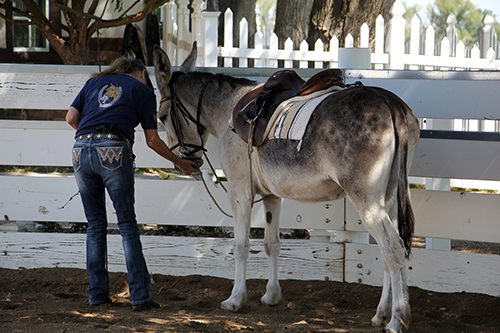 Wrangler decided to spook at a small branch that was on the ground, so I picked it up and we played with it! Then we got Chasity after her turn at lunging and made our way to the dressage arena. 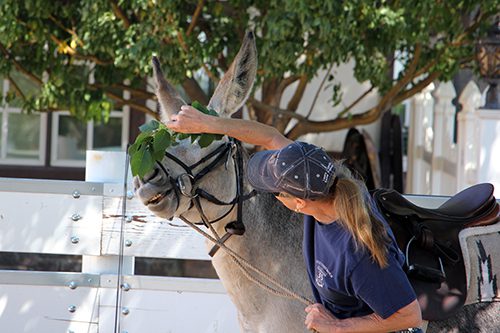 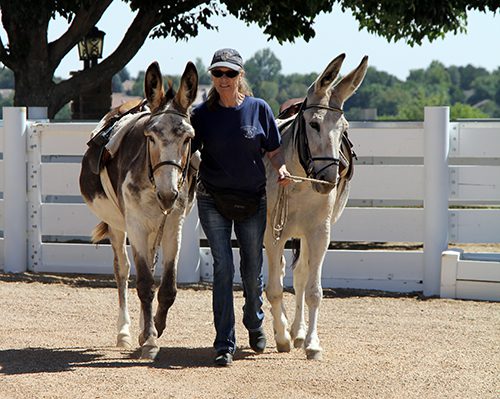 Although Wrangler does tend to get a bit distracted when I have Chasity along, he does stay in sync with my steps most of the time. This is important in order to have their full attention. 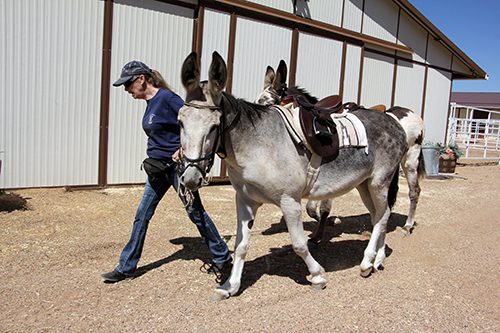 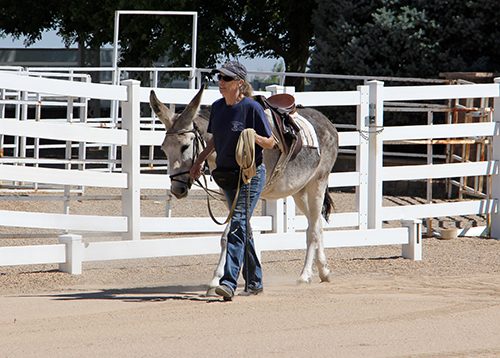 This is Wrangler’s first lunge line lesson in the open, so I began with the short line as I usually do, but when he circled around me, he got to the point where he was facing Chasity and bolted toward her! 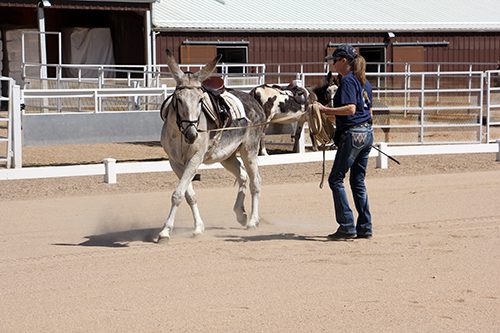 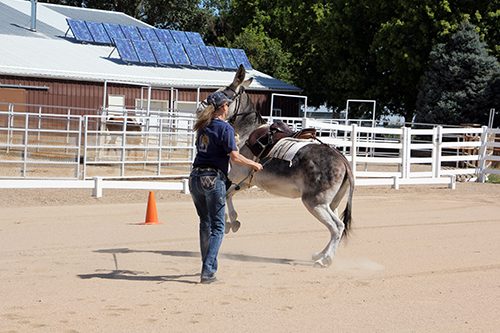 Apparently, Wrangler did not want to jump the fence, so he headed for the opening in the fence and then ran around the dressage arena perimeter. I just let go of the lines and watched him as he ran. I stayed where I was and assessed his movement while he got his “jollies” out! 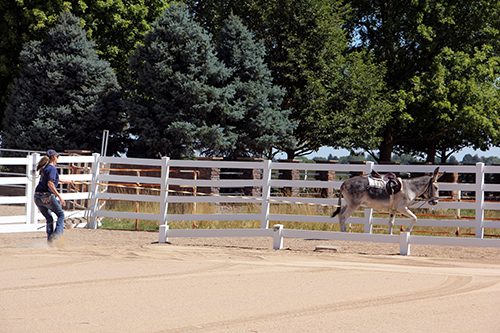 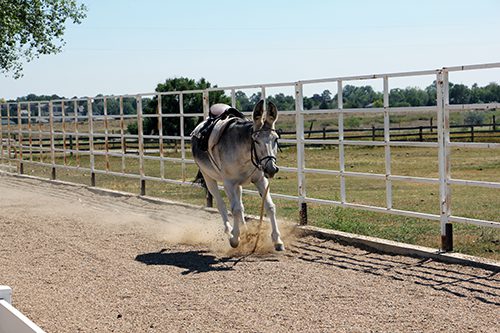 He got halfway around and decided he wanted to go back toward Chasity. I guess he is not a confident jumper because he slowed down and carefully WALKED over the fence…in good balance and then cantered in balance in her direction! 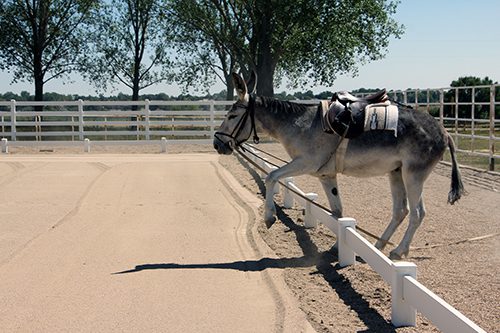 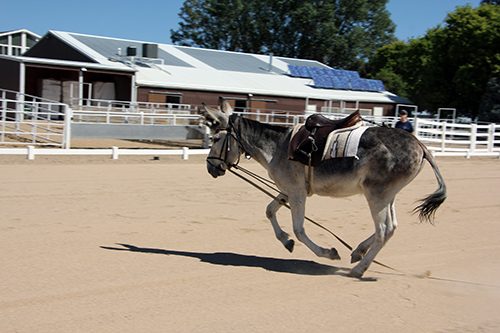 I blocked him from going to Chasity and he darted to the left and toward the other end of the dressage arena. I called his name and asked him to come back…and he did…at a full gallop! 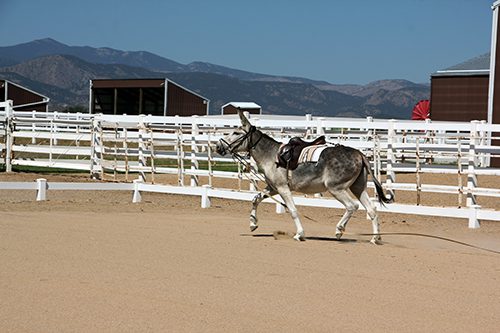 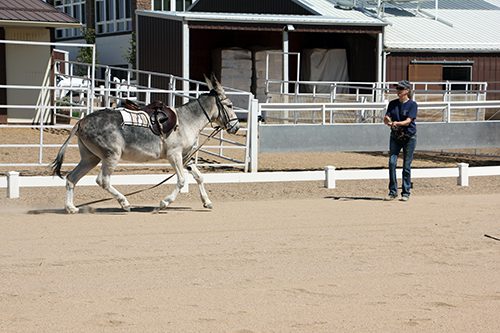 He thought about running around me, but decided a reward was a much better idea! Chasity was impressed with his performance and so was HE! I was just happy that Wrangler had decided to go back to work! 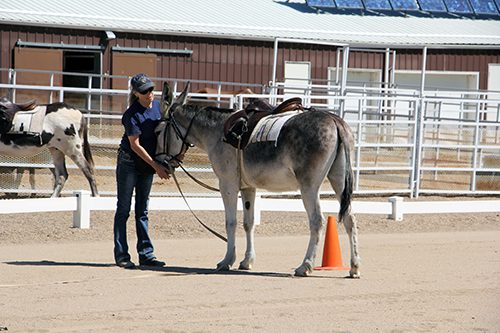 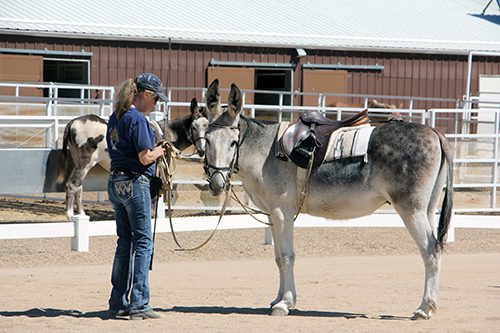 So, we repeated the process and he did nicely tracking to the left and halted quietly upon command. I did not let the line out very far. We would add that step the next time. I rewarded his success! 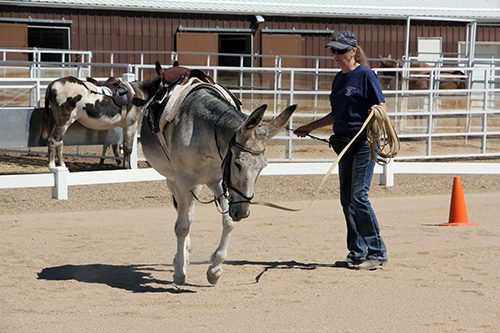 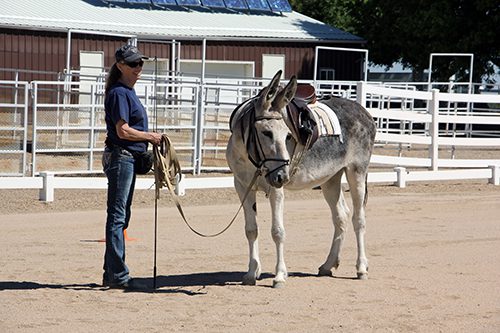 We did, however, do the same thing in the opposite direction, and again, I did not press my luck and kept the line shortened and controlled. Next, Wrangler would get his ground driving lesson in the open arena…another first. 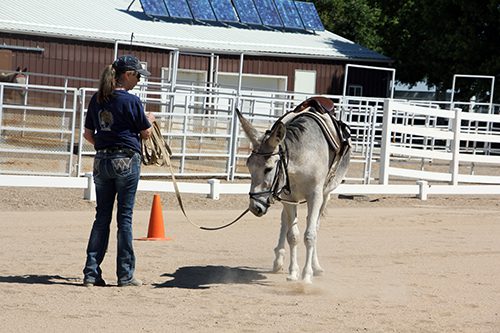 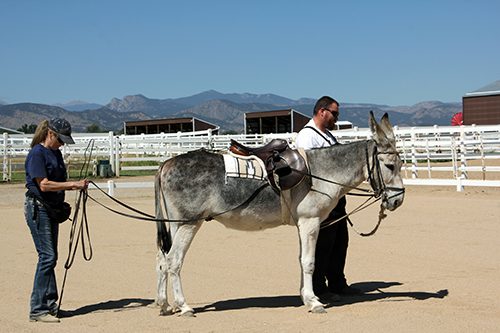 I employed my Ranch Manager, Chad, as an assistant to make certain that things did not get out of control. I wanted to set Wrangler up for success. He was just perfect through the Hourglass Pattern and over the ground rails in the middle of the pattern. 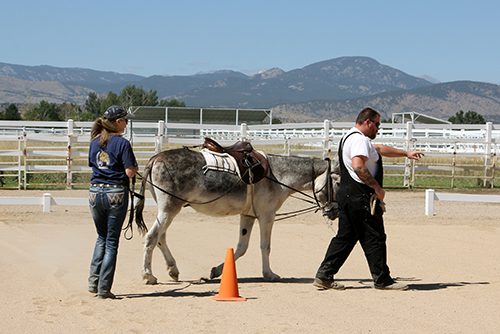 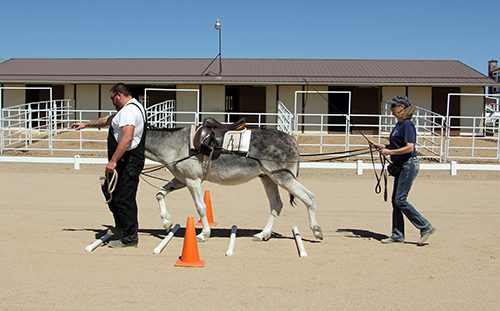 After tracking through the pattern in one direction with the halts and rein backs in their designated spots between the cones, then crossing the diagonal and completing it the same pattern in the other direction, Wrangler did a perfect halt and rein back, and was amply rewarded for his success! It was time to quit! 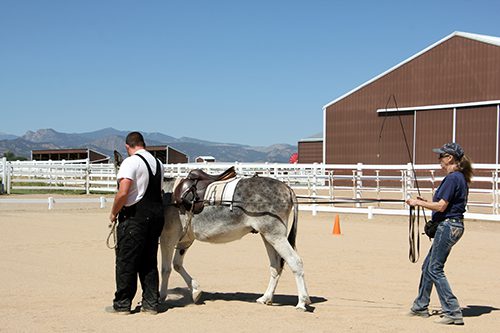 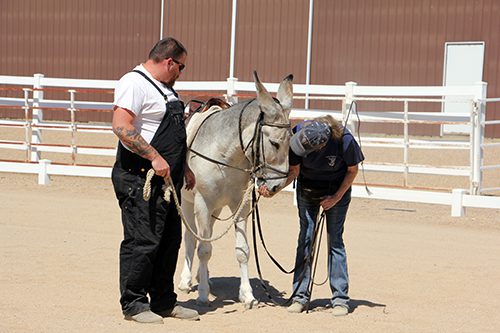