All About Equine Animal Rescue, Inc 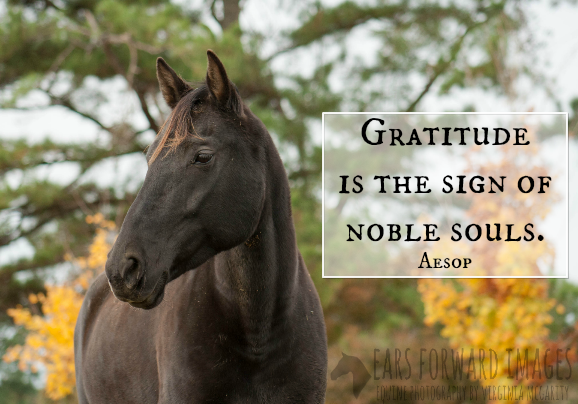 Our gratitude for our donors, volunteers, and supporters is immense. Your contributions make a difference in the lives of horses each and every day!

Thank you for making possible the work we each day. 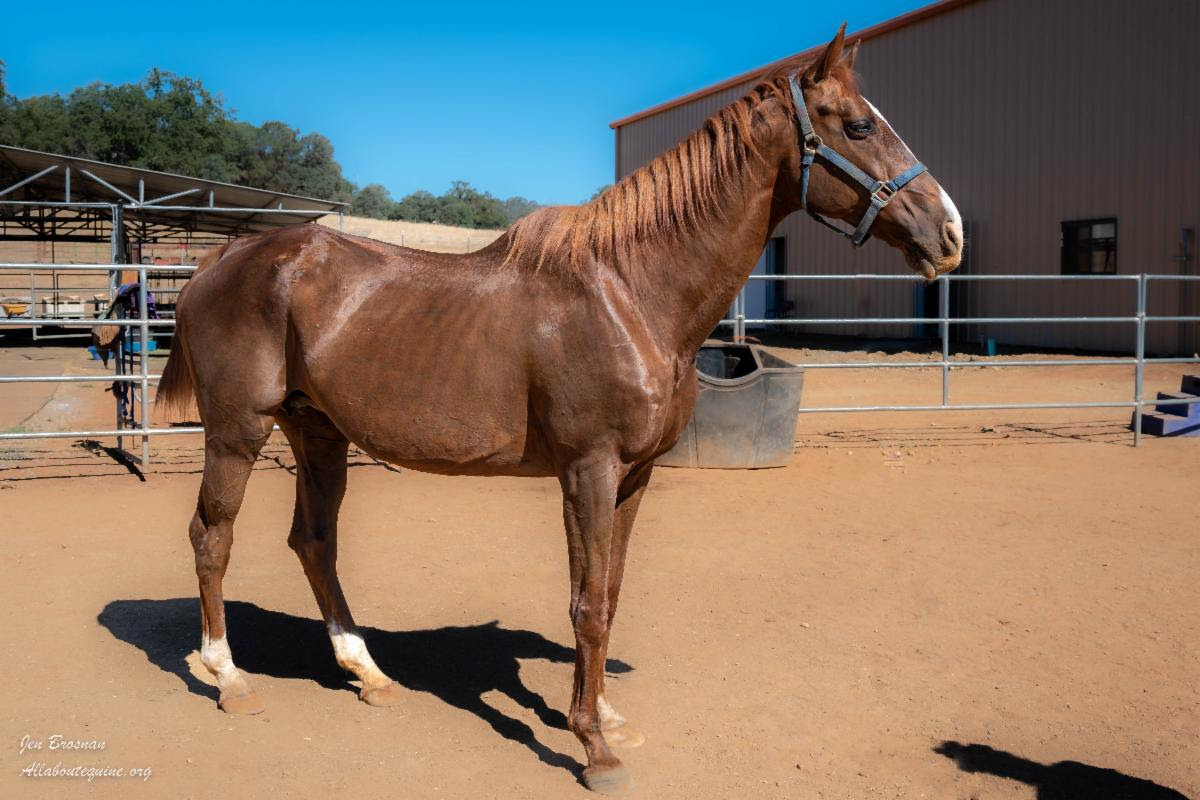 Though Gabby looks like a completely different horse than the emaciated, sickly mare that came in earlier this year, this beautiful red head has had challenge after challenge. If you aren’t familiar, Gabby came to AAE through law enforcement. She arrived with chronic eye and sinus infections. She had a space (diastema) between two teeth and an opening in her gums that extended into her sinus. When she chewed, food packed into the space and ultimately pushed into the sinus. She went in for surgery to extract a tooth to prevent ongoing food packing and to allow the fistula to close. Once sedated and preparing to extract the first tooth, the fistula was much larger than anticipated, and the tooth on the opposite side of the fistula needed to be removed, as well. As a result, she had an extended hospitalization so her sinus could be flushed regularly to eliminate food collecting again in her sinus while the fistula healed/closed. 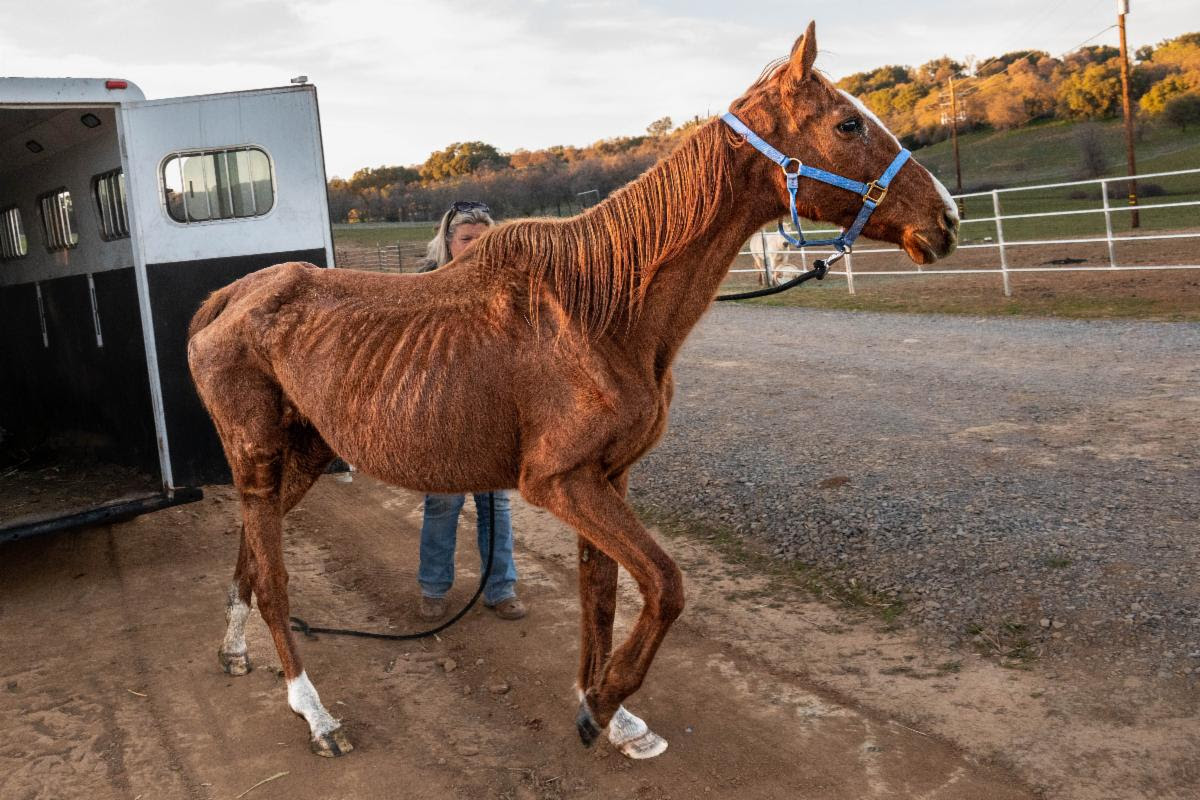 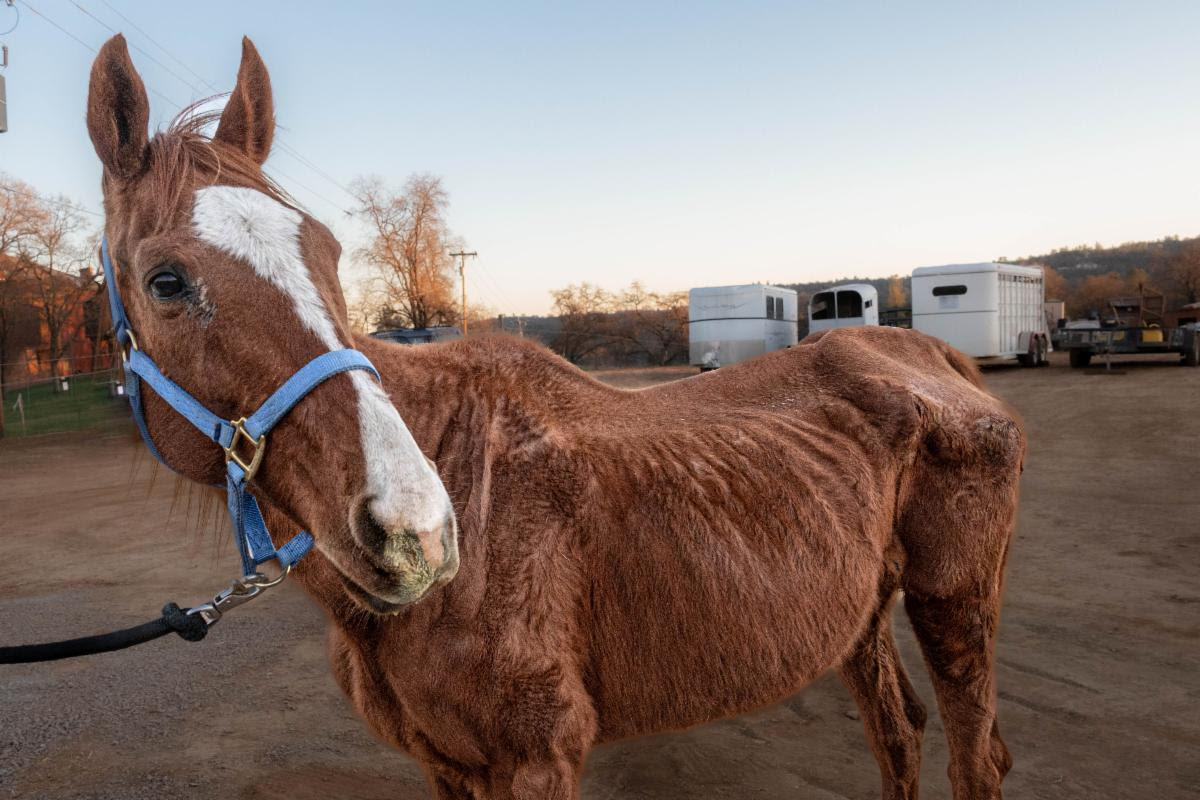 Since surgery, Gabby has continued to battle the chronic eye infection which was likely a result of the chronic sinus infection. Ultimately, the long term infection caused a dry eye and recurrent ulcers despite ongoing treatment and various medications. Thankfully, the fistula closed, and the sinus infection has resolved, but the eye irritation/infection continues, though it is slowly improving. 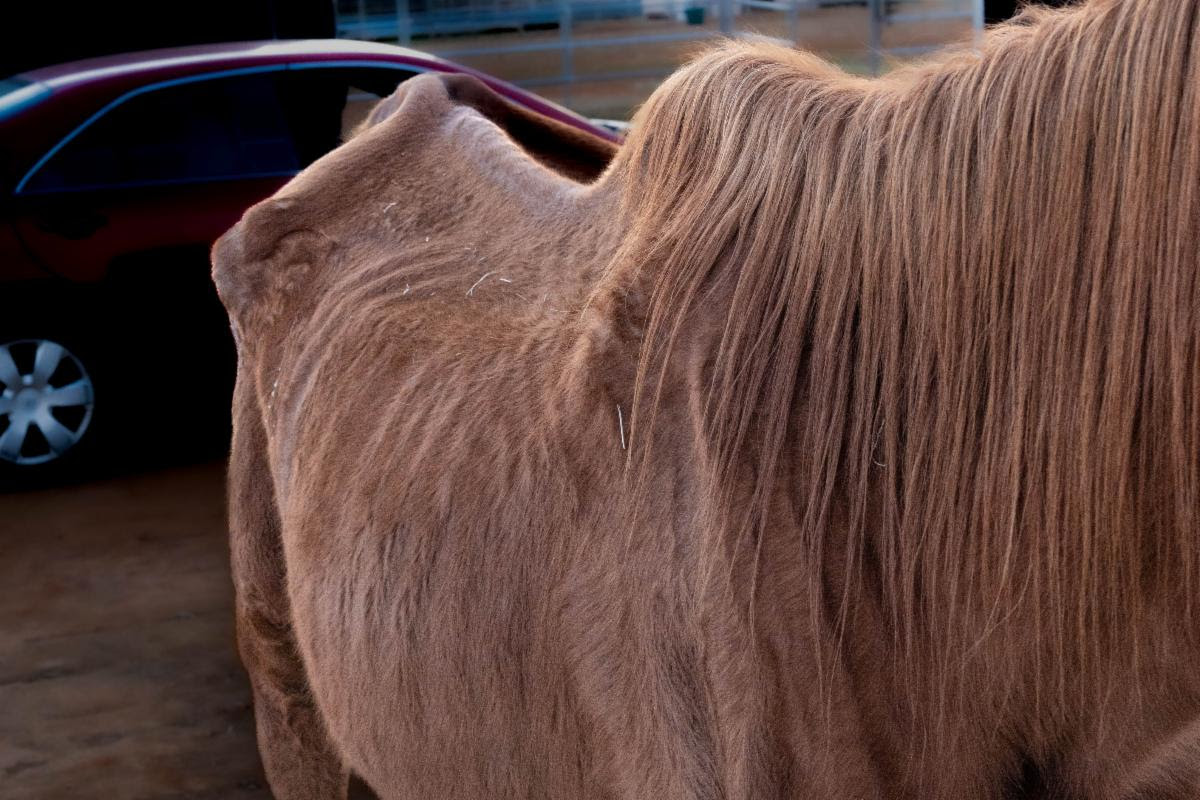 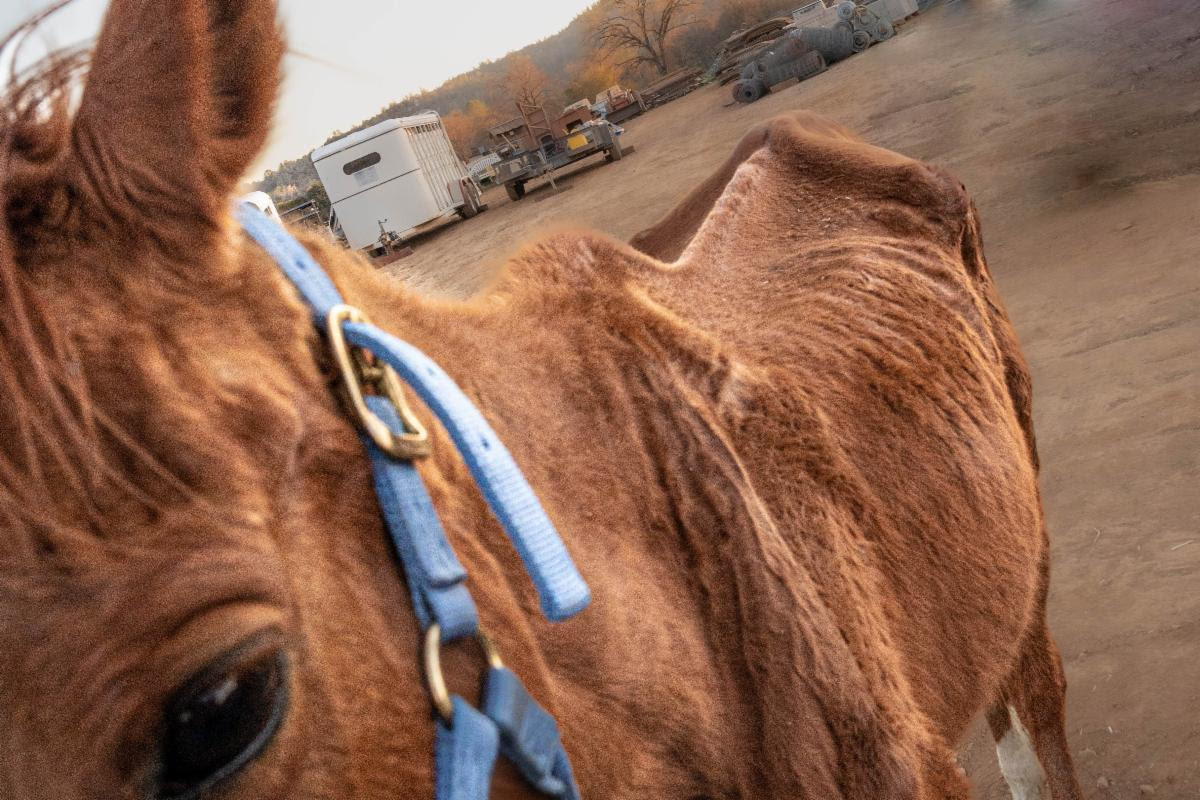 Gabby initially tested negative for Cushing’s disease at intake. With the chronic infection, she was tested again. This time, she was positive and started daily medication. She has also experienced multiple hoof abscesses, the worst coming during the Mosquito fire evacuation. Radiographs of her front hooves identified not one, but two old fractures. One at the tip of her left coffin bone, the other at a wing of her right front coffin bone. Corrective shoes were placed to support her. Needless to say, this sweet girl is having a heck of a time overcoming all of her issues.

Of course, Gabby’s extended hospital stay and ongoing issues have been a big hit to our vet budget. If you are able to help Gabby’s costs, we’d greatly appreciate it.

Here’s the latest on Elliott! 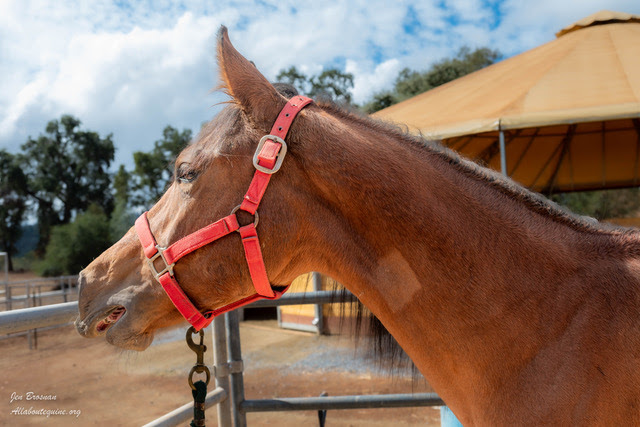 Elliot is doing well, healing and growing! In case you don’t know, Elliott is a ~19 month old captive bred mustang. He came to AAE because he couldn’t urinate normally and needed surgery to reconfigure his sheath. His prior family didn’t know he had congenital issues causing his sheath and penis to develop abnormally. He also has no palpable testicles.

Elliott had a condition called preputial stenosis, which caused his penis to be trapped inside his sheath. When he urinated, urine was also trapped in his sheath so he would dribble urine causing scalding of his sheath, belly, and legs. Sadly, his breeder could have had this easily repaired when he was a foal. Instead, he passed him on to an unsuspecting family that wanted to help him. Another vet suggested he was possibly a hermaphrodite and there was no penis.

Fast forward, AAE was contacted for help, and Elliott had surgery to reconfigure his sheath and free Willy. Turns out, Elliott’s penis is about half the size of a normal horse, and it is partially attached inside his sheath. However, surgery went well, and Elliott is healing now. Because AAE evacuated during the Mosquito Fire (just to be safe), Elliott had an extended stay at the hospital to minimize stress (his and our) and to assure he got needed care and treatment. Ell is back in Pilot Hill and starting to act like a young, playful colt (good and bad, lol). Once his sheath heals, we need to go searching for the jewels, bloodwork indicates there is still some hiding going on…at least one undescended testicle. A follow up surgery will be scheduled once he’s healed and ready to go.

Due to Elliott’s extended hospital stay, we’re just a little bit short on his fundraising for his initial surgery, and he has a follow up surgery in the near future. We’ll update costs as soon as we schedule. 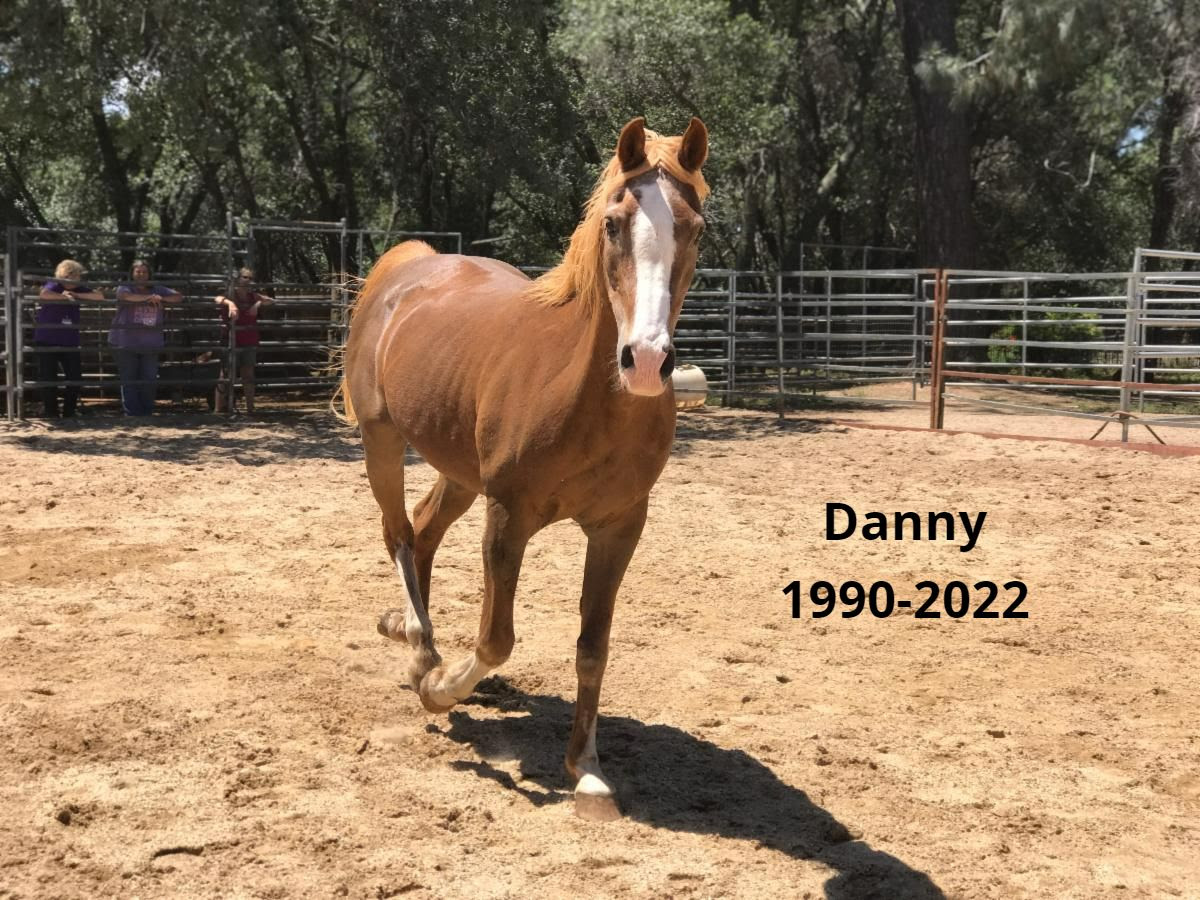 Sadly, our Danny-boy left us last month. We’ve all got empty spots in our hearts from missing this sweet ol’ man. Danny came to AAE in 2017 when his family was experiencing a health crisis. He was 27 and had been with his human mom his entire life. Unfortunately, she was unable to continue providing care for him and had to make a painful decision in his best interest. Fortunately for AAE, we got to spend the next five years enjoying this guy’s big heart. Danny was a favorite to many volunteers and visitors. He wooed them all with his shoulder hug. Danny would greet everyone at every opportunity by putting his head upon their shoulder. It was the warmest, fuzziest feeling. He didn’t have a mean bone in his body, and he could stand at anyone’s shoulder 24-hours. Danny’s hugs were endless, and as was everyone’s love for him.

Danny had more than his share of ups and downs the last couple years. He battled with an unknown intestinal issue. None of the many diagnostics and vet visits we utilized were able to pinpoint the issue, but it was akin to IBS or maybe some type of cancer. He overcame a few bouts of laminitis, and he had several skin infections. Regardless, Danny has been a valiant fighter, and he always rebounded with great spirit. Never did we question his will to live, and thankfully, his time here in Pilot Hill has been very good. Most recently, Danny’s appetite was waning, and he lost considerable weight the past few months. That said, he was happy, full of energy, and full of life. He loved his turnouts in the corner pasture with the “special” herd. He frolicked, he ran, he raced. Though his 32 years were catching up to him, nothing suggested he was ready to go. Maybe he knew. My last check in with him was only hours before he passed. He was his normal full of pep Danny. He smiled, he gave me a little “what for”, and we said good night. I never imagined that would be the last time. He left us in the night; he chose the time and way he would go. All indications suggest he passed quick and easy. For all of that, I am beyond grateful. At 32 and his body weight waning, we all knew the time was coming, but his life was good through the very end. Thank you, Danny, you made this world very special for all you touched and you will be missed greatly. Run free ol’ boy, run free.

Like many of our resident horses, Danny was cremated so we could bring him home to rest with AAE and all of our volunteers. If you’d like to help with Danny’s cremation costs or make a donation in memory of his hugs, we always appreciate the love.

Donate in memory of Danny! 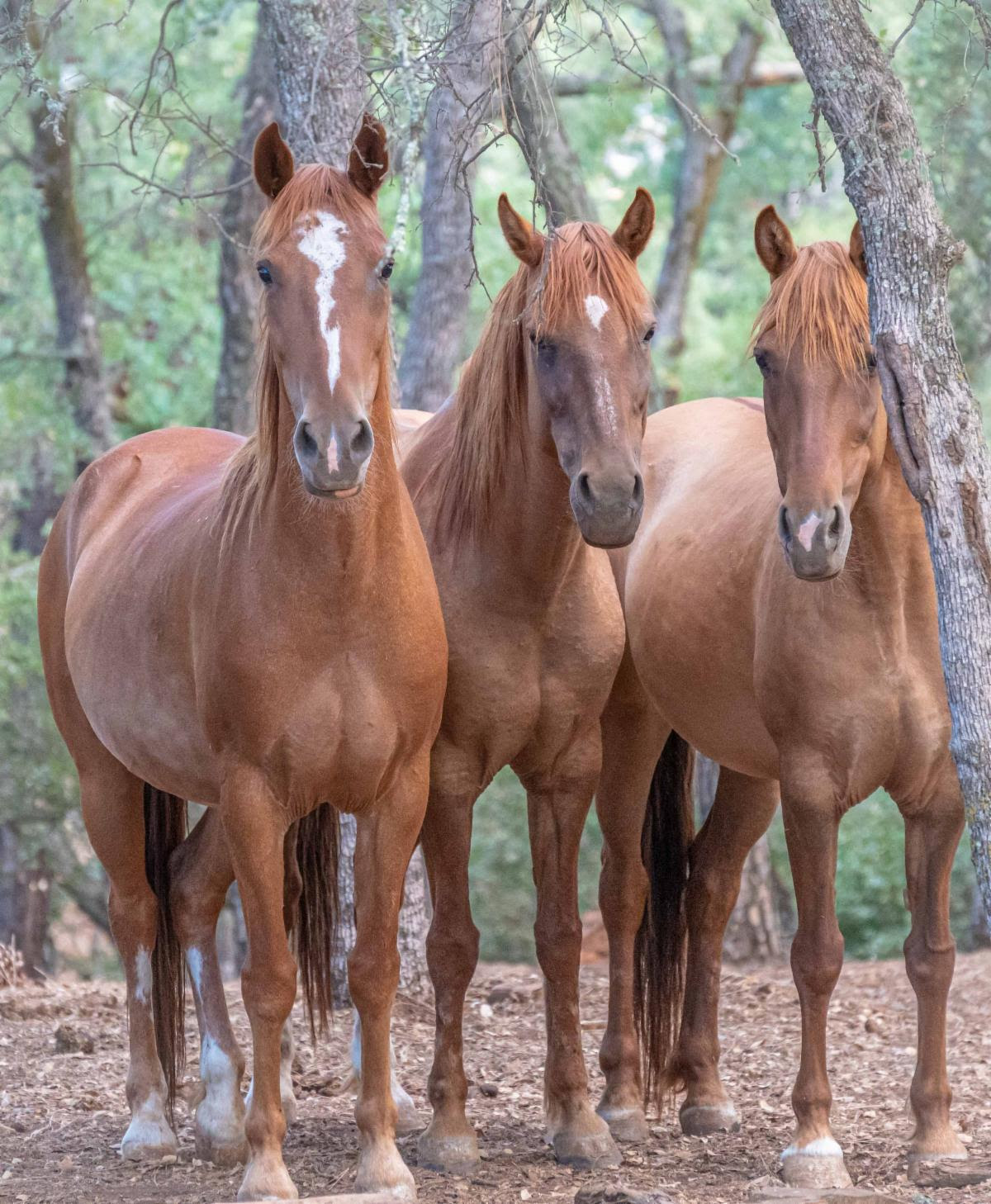 We asked for a caption for this photo, and Red Hot Filly Peppers was the best caption ever! These three lucky girls, Chesney, Clare, and Teea, were adopted as a trio last month. This might well be one of the best adoptions ever! These three captive born mustangs came to AAE from a distressed mustang sanctuary back in summer/fall 2020. They had been living in small paddocks for years, and hadn’t had much handling in years. Their hooves were overgrown, and they had various issues. Shortly after intake, the work began. Handling, haltering, and hoof care, then deworming, dentals, vaccines, and microchips. In time, all were done, and they were learning to trust humans again. It didn’t take long before all three were turned out together. After moving to Pilot Hill, it became very clear the bond among these three was very tight, and we realized we needed to find them a home together. That was no easy task. It’s hard enough to find a home for two bonded horses, let alone three middle-aged mustangs that haven’t been saddle trained! The best we can do is plant the seed, and hope it grows. It did!!! These girls now share five acres on a larger vineyard property. They are a dream come true for their new mom. They will be trained to their potential, and they will help with vegetation management on the vineyard. These three amigas got so lucky!!