Chasity continues to improve, however, the drainage from her teats was not receding and began to look suspicious to me so I called our veterinarian out to take a look at her. It has been two weeks since she arrived and had it been the result of a weaned foal, she would have been drying up by now. When he arrived, I told Greg Farrand that I suspected an infection of some sort and then I went to get Chasity. 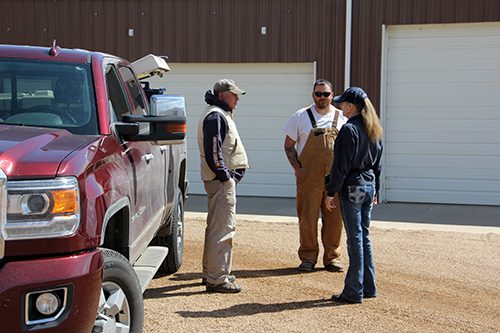 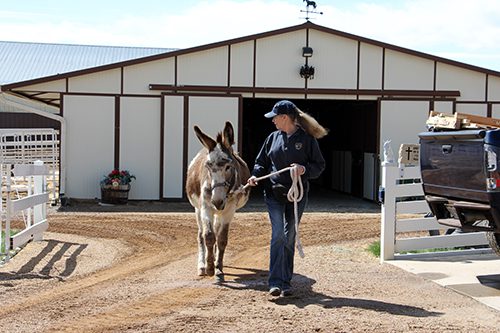 Greg took a look at the discharge and agreed that is was not as we had originally thought, This was not milk, but a small amount of pus and some very hard teats. 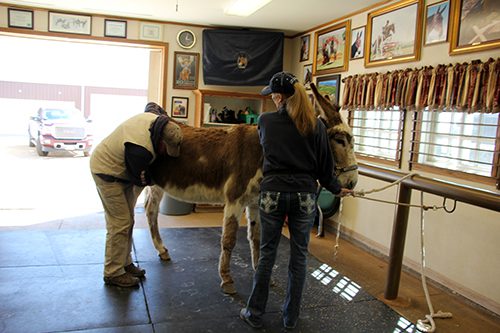 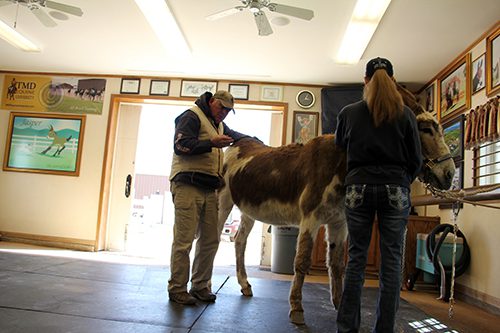 Chasity was a star while we poked and prodded to get a sufficient sample to test. Greg and my Ranch Manager, Chad, finally got a large enough sample to be a viable test sample. 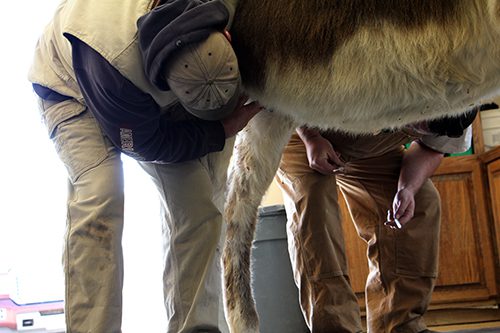 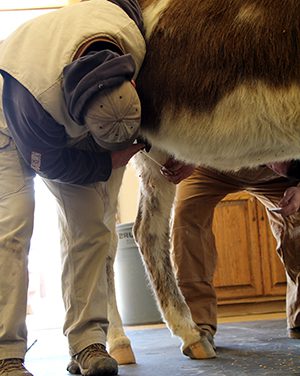 In the light, one could see that it was clearly pus and not milk. Greg put the sample in the holding receptacle and took it with him to be tested. He would call with results. 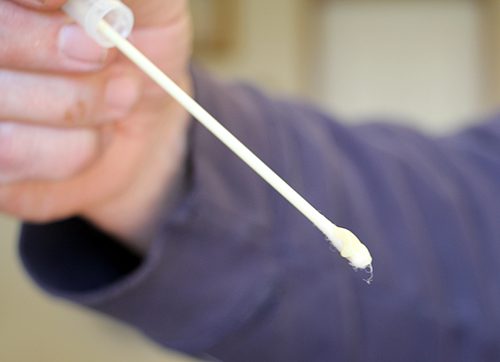 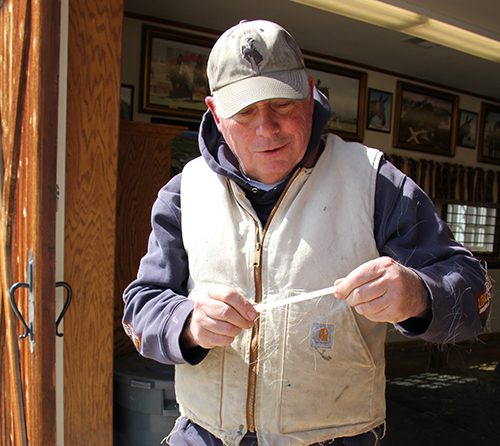 Not all my jennets from past experience were so cooperative and we truly appreciated  Chasity’s quiet demeanor! Greg commented how much better she was looking after only two short weeks! 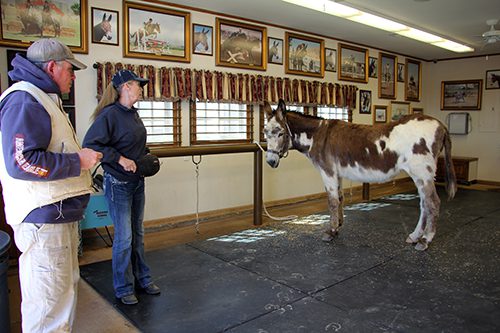 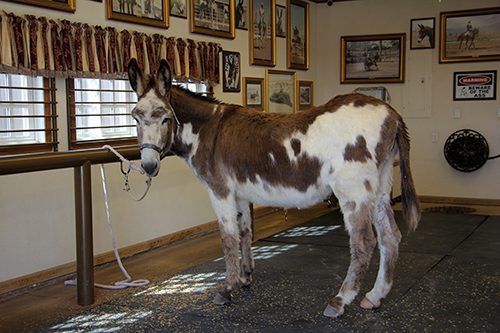 I mentioned to Greg that I had found some spots on her chest that could have been an old bot-hatching ground. I told him that I had scraped off the crusty scabs and applied Neosporin to the affected area. Most of the scabs were gone, but he said that she probably aggravated the area by scratching her chest on the fence. Donkeys will do that! I showed him her diary. He said that doing the core exercises would also help get rid of the infection. 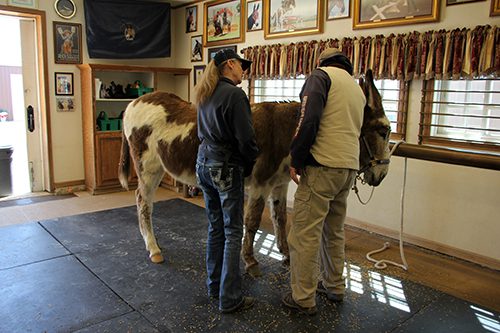 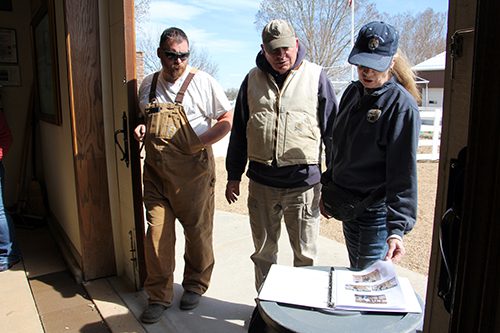 Greg prescribed a regimen of Uniprim for the next 14 days along with daily hot water soaking. 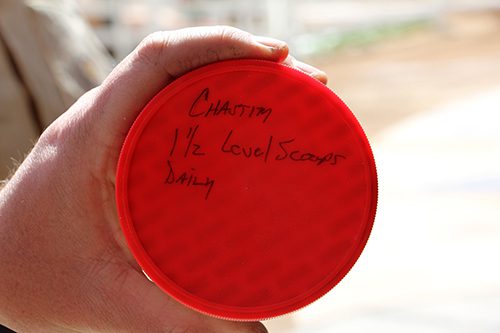 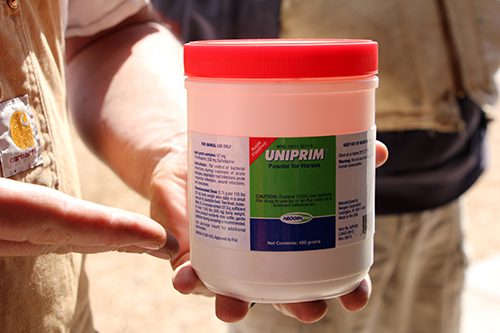 Chasity tolerated the water, but was not thrilled with the water continuously running down her legs. 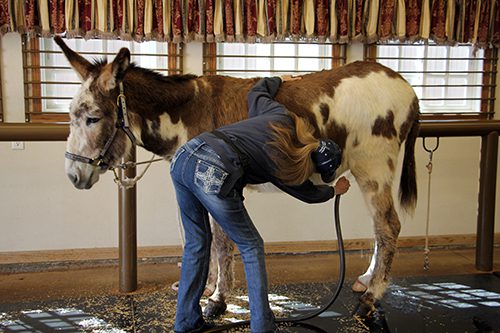 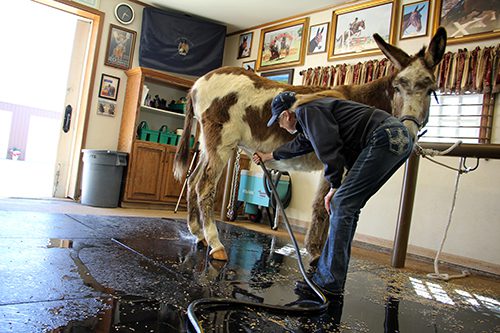 I decided if it was going to be a prolonged therapy, I would need to modify my future soaking approach to make her more comfortable during the process. This time, despite her displeasure, Chasity had cooperated and was happy to obtain her reward of crimped oats when it was all over! 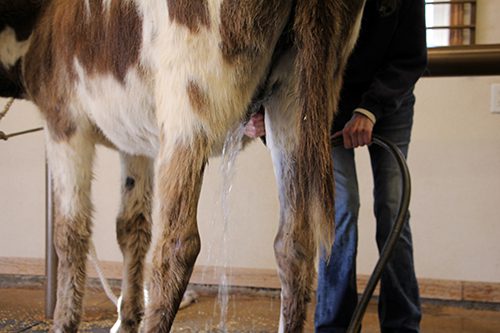 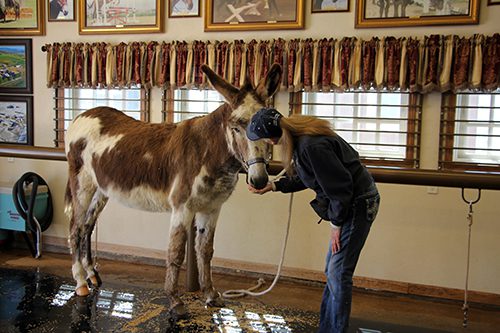