All Posts Tagged Tag: ‘PAST Act’

The AHC News is published monthly and we’d love to recruit you back as a member. Don’t miss out on the latest legislative and regulatory updates, along with news and industry efforts. 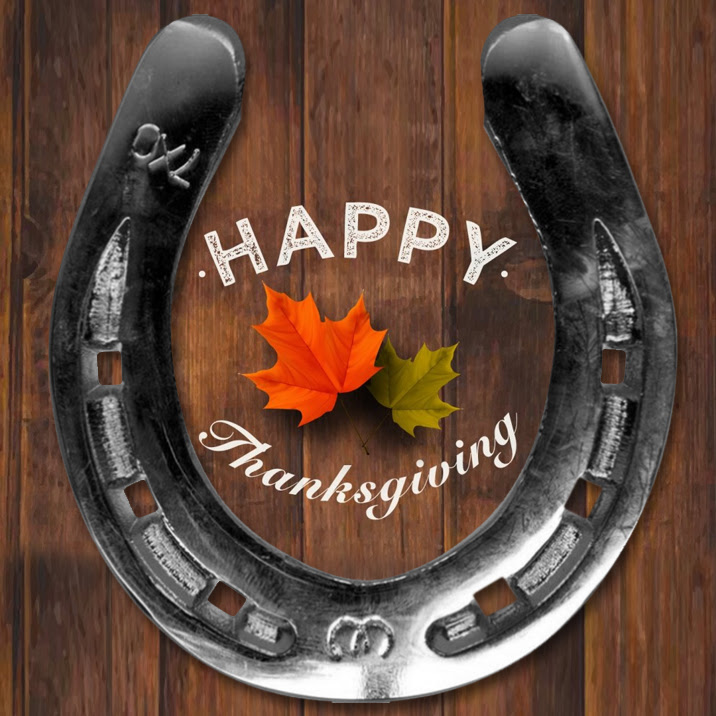 Thank you to all our participants and speakers.

Washington, D.C.— U.S. Congressman Andy Barr (KY-06) reintroduced legislation to incentivize investment in Kentucky’s signature equine industry.  The Equine Tax Fairness Act would make the three-year depreciation schedule permanent for racehorses, regardless of their age when put into service.  Currently, Congress must reauthorize this provision in the tax law on an annual basis.

Additionally, this legislation would reduce the holding period for equine assets to be considered long term capital gains, putting them on a level playing field with other similar assets.  Congressman Barr’s bill is endorsed by the National Thoroughbred Racing Association (NTRA), the Kentucky Thoroughbred Association, the Jockey Club, the Thoroughbred Owners and Breeders Association, Keeneland, and the American Horse Council.

AHC President, Julie Broadway, is pleased to announce the addition of Mark Riso to the AHC Team effective November 15th.
Mark is a public policy professional and national lobbyist, with over three decades of public policy – advocacy experience on Capitol Hill in Washington, D.C. – with an expertise in the legislative, regulatory, and political processes. Mark served as Legislative Director to two senior Members of Congress and as a professional staff member on the Subcommittee on Oversight and Investigations (U.S. House of Representatives, House Banking Committee). Following his work on Capitol Hill, Mark has served as a senior lobbyist for past twenty-five years for industry associations, and passionate about advocacy.

“Just like your passion for horses never fades, neither does Horse Week’s brilliant video content. That’s why The Equine Network is re-releasing your favorite Horse Week classics each week from now until Christmas!

The Horse Week re-releases will be streamed each Tuesday night, at 7pm ET. Head on over to horseweek.tv for a full video lineup. Tune in from the barn, office or comfort of your couch—Horse Week videos can be watched on any smart device by visiting horseweek.tv or the Equine Network YouTube channel. Once a video has been released, you will have until the week of Christmas to watch it as many times as you like for FREE!

Weather has always been an important variable to the operations of the horse industry, regardless of breed or activity.  But the horse industry is facing new and unique challenges in the form of unpredictable climate. Whether it is “climate change” in the fundamental sense caused by an increase in greenhouse gasses or simply a temporary shifting of weather patterns can be left to the scientists and politicians to debate.  But it is hard to disagree with the idea that “something is happening” with weather wherever you live. Most climate scientists believe that fundamental changes in weather may be the new norm.  Like all industries, the horse industry should be alert to potential changes and their harmful ramifications.  It may be that these changes are beyond our control, but that doesn’t mean they can’t be considered and prepared for.

Climate change is generally associated with drought, higher temperatures, swings in heat and cold, changes in rainfall, increases in extreme weather events, like hurricanes, tornadoes, and flooding, and stronger and more frequent storms. These changes have the potential to influence how the horse industry operates day-to-day.  Such changes can also have broader effects, such as a rise in invasive species, the movement of ticks and mosquitoes, the costs of feed and hay, and increasingly intense wildfires.

Persistent drought conditions in California have created annual wildfire situations that have not only posed a real threat to local citizens and their horses, but have also impacted air quality, event space availability and forage production resulting in cascading negative impacts for the region. The hurricanes that were once considered once in a lifetime events now occur with such consistancy that traditional naming practices had to be revisited. Particularly in the last decade, the number of significant climate events that have affected the equine industry has increased to such a degree that scores of organizations have felt the need to publish materials concerning the avoidance of, preparation for, and response to wildfires, blizzards, flooding, drought, extreme heat and extreme cold.

The equine industry serves as a critical player in the preservation and protection of green space in urban, suburban and rural areas. More than 80 million acres of open space is preserved for equestrian use according to the 2017 AHC Foundation Economic Impact Study. These spaces are capable of facilitating positive environmental efforts in their respective communities, as long as they are allowed to remain in place. Because of the unique methods in which horses are cared for in comparison to other livestock species, our impacts on water, air and soil quality are generally minimal, if not mitigated completely.

The equine industry not only needs to continue to be good stewards, it also needs to be proactive and prepare. The AHC recently offered a webinar on eco-friendly equestrian facility designs (see our website for that recording). We also are working to seek avenues for climate smart solutions to help our 80 million acres of equestrian lands in the US. As part of that effort, the AHC is encouraging the USDA to include the equine industry in their discussions with farmers, ranchers and rural communities so that together we can develop innovative climate-smart practices. 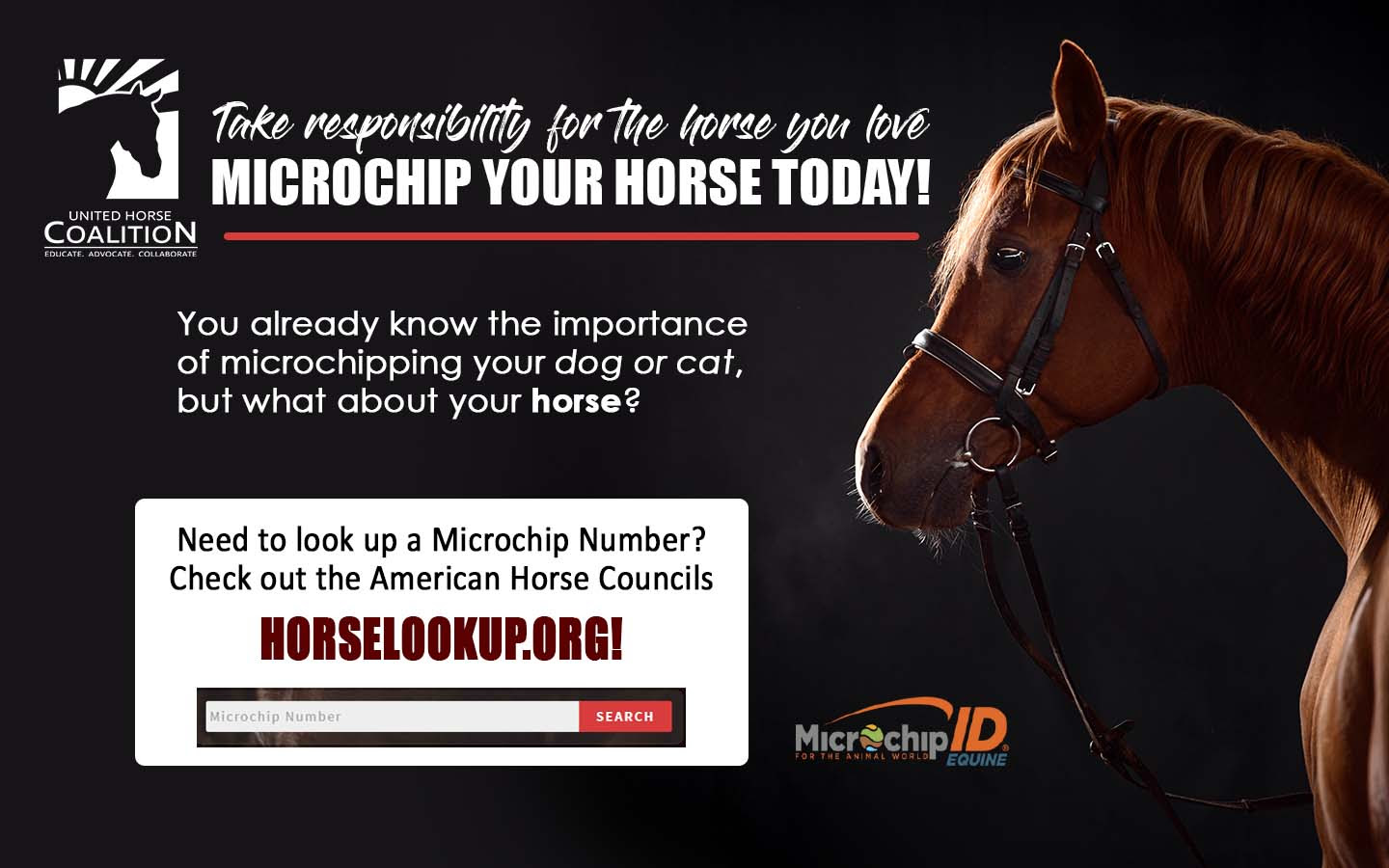 If a horse or other property is given as a charitable contribution, the donor may generally deduct the fair market value of the property. However, when property given to a charity would result in ordinary income to the donor if the property had been sold instead, the amount of the gift must be reduced by the amount of the ordinary income that would have been reported by the donor had the property been sold instead of donated. Also, if a horse that is eligible for capital gain treatment has been depreciated and is then donated to the charity, the amount of the gift is the value of the horse reduced by the amount of depreciation recapture. The deduction amount must also be reduced if gifted tangible personal property does not in some way relate to the purposes that give rise to the charity’s tax exemption

United Horse Coalition (UHC), A Home For Every Horse (AHFEH) &

We are delighted to announce that the fall mailing of feed coupons were shipped Tuesday, October 26th  to hundreds of deserving rescues across the US, reported Carly Barrick, AHFEH Program Coordinator.  “Thank you for the hard work you do for these deserving animals! ”

The United Horse Coalition is a proud partner with AHFEH and Purina to make this happen!

P.S. We love when you tag us in your posts so we can stay up to date on your hard work and successes. Remember to follow and tag @ahomeforeveryhorse on Instagram and Facebook!

Tell Your Senators to Push PAST Act Over the Finish Line!

Overwhelming passage of the PAST Act in the House of Representatives last year gives the bill unprecedented momentum for action in the Senate. Please help us gain a “super-majority” of cosponsors for the senate version of the PAST Act (S. 1007), championed by Sens. Mike Crapo (R-ID) and Mark Warner (D-VA). Write to your senators today and urge them to join the growing list of bi-partisan cosponsors of this important legislation.

Tell Your Senators to Push PAST Act Over the Finish Line!

Overwhelming passage of the PAST Act in the House of Representatives last year gives the bill unprecedented momentum for action in the Senate. Please help us gain a “super-majority” of cosponsors for the senate version of the PAST Act (S. 1007), championed by Sens. Mike Crapo (R-ID) and Mark Warner (D-VA). Write to your senators today and urge them to join the growing list of bi-partisan cosponsors of this important legislation.

Tell Your Senators to Make History! Push PAST Act Over the Finish Line!

Before breaking for the August recess, the U.S. House of Representatives adopted the Sen. Joseph Tydings Memorial Prevent All Soring Tactics (PAST) Act of 2019 (H.R. 693) by a vote of 333 to 96.  In the wake of this historic vote, the horse industry is focusing efforts on the Senate, where there is an opportunity to gain a “super-majority” of cosponsors for the senate version of the bill (S. 1007), championed by Sens. Mike Crapo (R-ID) and Mark Warner (D-VA).  During August, AHC members sent 200 letters to the Senate urging support for this important bill.  You can put even more horsepower in the PAST Act by sending a letter to your senators today!

Since Rep. Ted Yoho (R-FL) re-introduced the Prevent All Soring Tactics (PAST) Act of 2017 (H.R. 1847) in the spring, more than 250 Democrat and Republican lawmakers – or nearly 60 percent of the entire House of Representatives – have signed on to co-sponsor this important legislation.  Thanks to your continued advocacy, your representative has heard your voice and agreed to co-sponsor the PAST Act.  As Congress convenes for the fall session, please be sure to take advantage of the momentum you have created by contacting your House lawmaker to thank him for his support, and encourage final passage of H.R. 1847.

As you know, H.R. 1847 will strengthen the Horse Protection Act and finally end the soring of Tennessee Walking Horses, Spotted Saddle Horses, and Racking Horses. The American Horse Council, along with most major national horse show organizations and state and local organizations, supports the PAST Act. To send a letter to your House lawmaker urging final passage of the bill, please click below.

American Horse Council Reaffirms Support for the PAST Act

During the American Horse Council’s (AHC) annual meeting and issues forum in Washington D.C. the AHC Board of Trustees  reaffirmed AHC support for the Prevent All Soring Tactics Act (PAST Act). The PAST Act would strengthen the Horse Protection Act (HPA) and prevent the soring of Tennessee Walking Horses, Spotted Saddle Horses, and Racking Horses

Soring is an abusive practice that continues to be used by some horse trainers in the performance or “big lick” segment of the Tennessee Walking Horse, Spotted Saddle Horse, and Racking Horse industry. It usually involves the use of action devices, chemicals, stacks, wedges or other practices to cause pain in the horse’s forelegs to produce an accentuated show gait for competition. At the 2015 Tennessee Walking Horse National Celebration alone U.S. Department of Agriculture (USDA) inspectors identified 226 violations of the HPA.

No other breeds or disciplines’ have a history of soring, have a reason to sore their horses to accentuate their gait, or have been cited for HPA violations. In fact, since other breeds show at various gaits soring would be counterproductive and harm their ability to successfully compete.

The PAST Act would amend the HPA to prohibit a Tennessee Walking Horse, a Racking Horse, or a Spotted Saddle Horse, the three breeds with a history of soring, from being shown, exhibited, or auctioned with stacks, action devices or chains.  These new prohibitions would not apply to other breeds that do not have a history of soring. The bill would also increase penalties for HPA violations and eliminate the current ineffective designated qualified persons (DQPs) program. A full description of the bill can be found here.