Longears Music Videos: Up, Up and Away: Jumping

What’s New with Roll? Spring Work in the Hourglass Pattern

Roll did exceptionally well today! He was also happy that he got to work out with his little buddies, Augie and Spuds. His body is beginning to get toned up again and he is starting to shed off his winter coat. 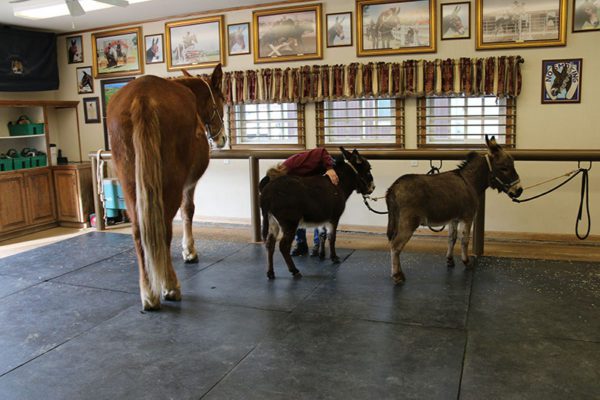 I did a quick pass with the hairbrush and then the vacuum cleaner. Last was Johnson’s Baby Oil in his mane and tail. I noticed right away during the grooming process that he was finally put weight on his right hind foot again. 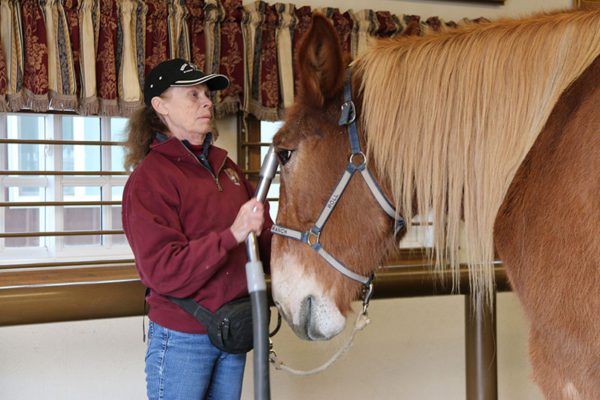 On the way to the arena, I led Roll and Steve led Augie and Spuds. 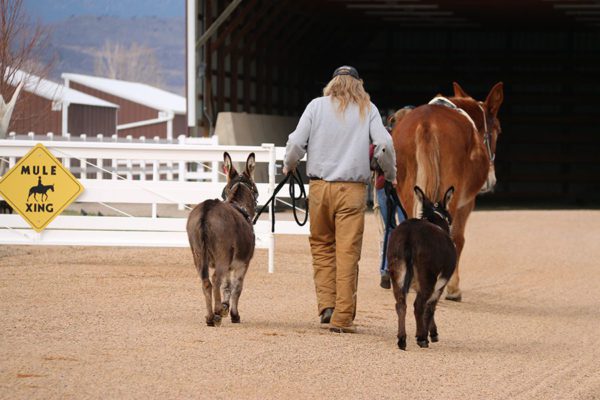 Roll executed the gate perfectly as he always has. There is really something to be said for GATE TRAINING! With routine practice, they always know exactly what is expected and respond accordingly…no fussing at all. 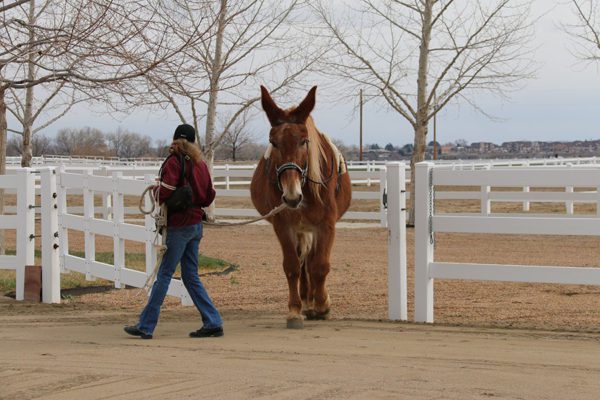 Roll got his turn in the hourglass pattern first and did amazingly well while Augie and Spuds waited patiently at the fence. 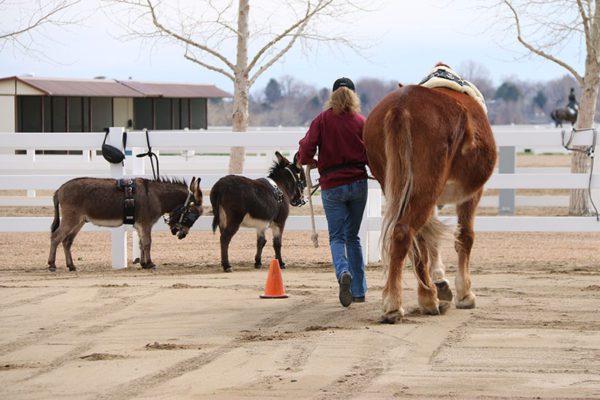 I never had to physically move a foot with any tugs on the rope. He responded 100% to the verbal commands to correct his stance when he was in a full stop and fully weighted all four feet this time when he was asked to do so. 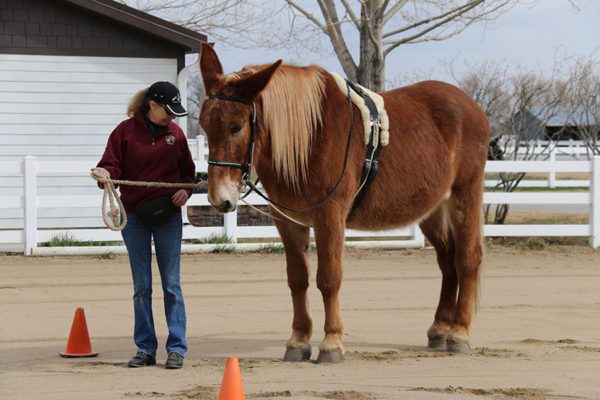 To fully weight the foot in the arena, he had to push the sand down. Sometimes I asked him to do it and sometimes I did not. With the ringbone and side bones in three feet, I really did not expect him to come back to full balance, but he did! What a great surprise! 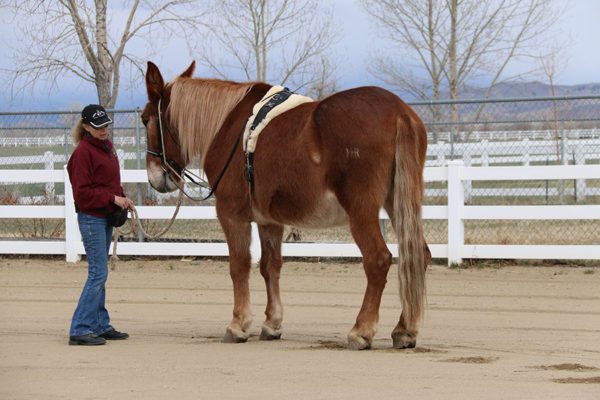 After a halt on centerline, he followed me obediently to the fence with the lead rope slung over his neck. 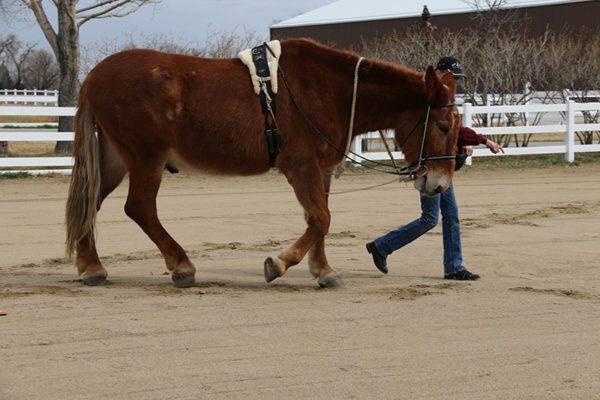 When I went to retrieve him he was sideways to the fence, but he moved over so I could release him from the fence on my hand signal alone. 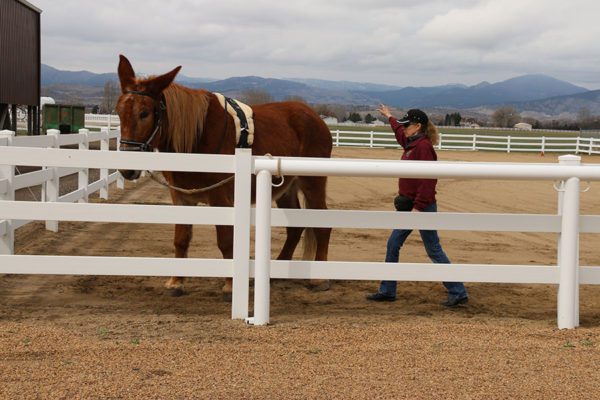 Roll executed the gate perfectly again on the way out… 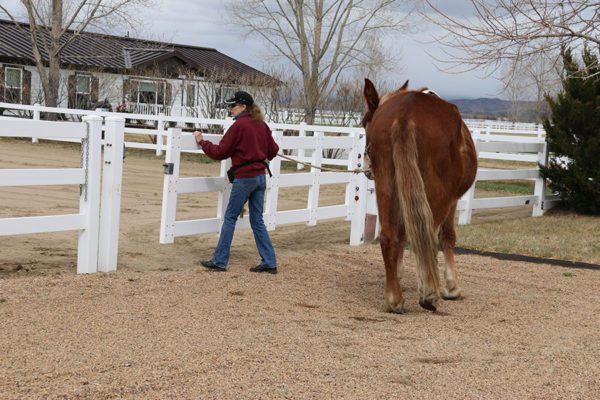 …then we proceeded down the road and back to the Tack Barn. What a guy!!! 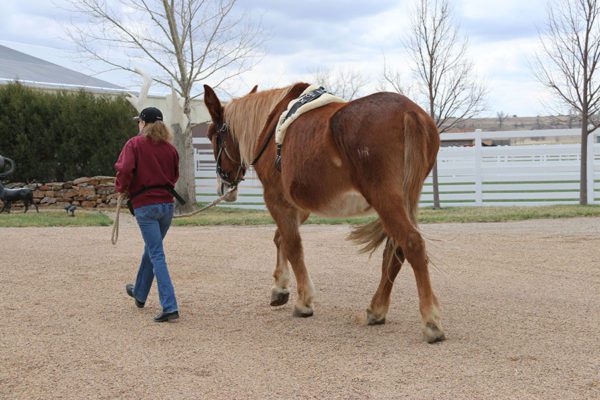