Unfortunately, after eight years together, Roll passed quietly from a mild colic and weakness in his hind quarters on February 11, 2019 at the age of 27 years. I rescued Rock and Roll from slaughter in December of 2010. We lost Rock in December of 2011 with a completely shattered hip joint after being rendered sound at the walk with no medications for a whole year. With ring bone and side bones in three hooves, I continued working with Roll and we met our goal of being sound enough to ride around the hay field for several years. 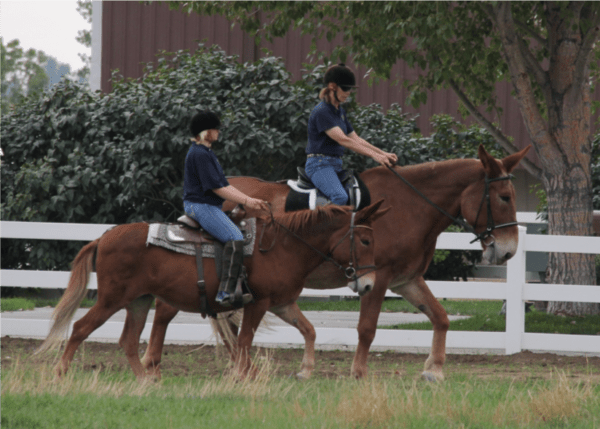 Roll survived a severe bout with White Line Disease in 2016. We had to resect 2/3 of his hoof wall and it only because of his good posture and core strength that he was able to “balance” his way through his treatments which changed weekly. It took eight months, but his left hind foot finally grew back completely (see 2016 posts). 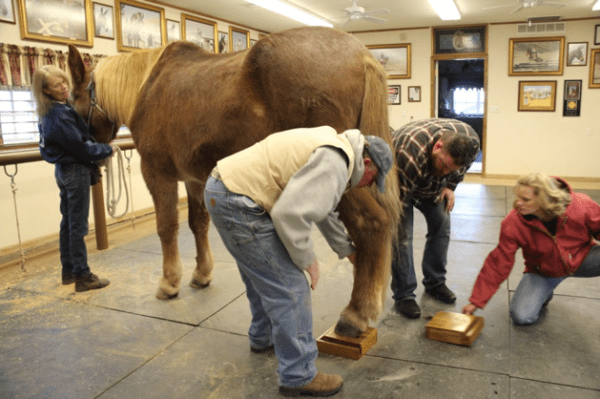 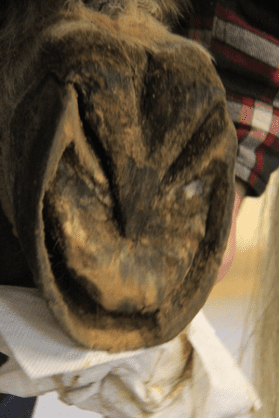 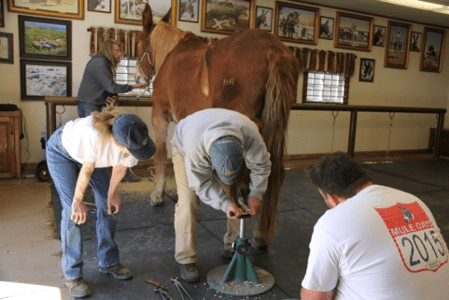 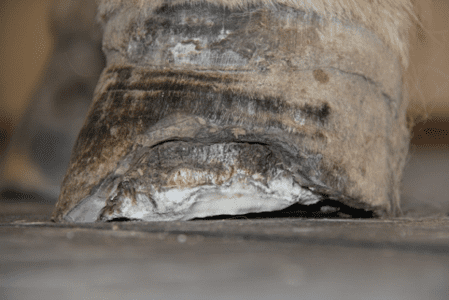 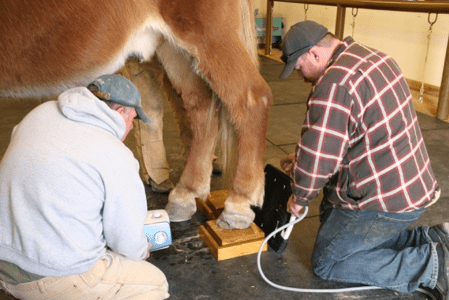 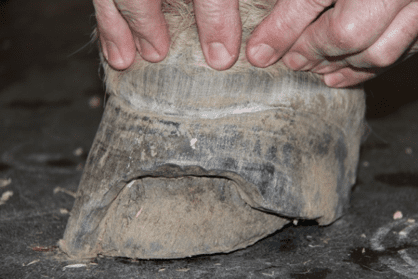 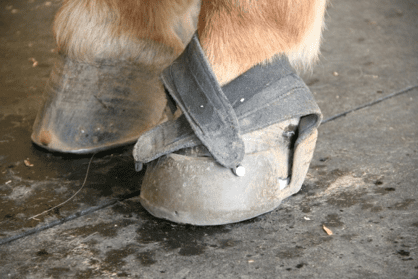 …and afterwards, he was able to be ridden once again. 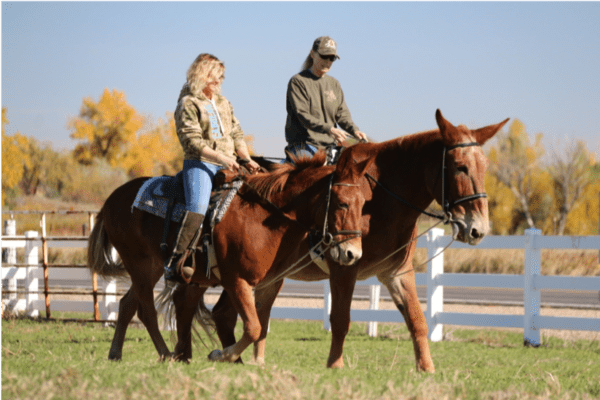 Roll began his time with me as a suspicious and spooky guy, but he studied his manners, his training lessons and we became the very best of friends. Since most drafts don’t live past 20, I feel blessed to have had him for as long as I did! Just before he died on February 11, 2019 (his hind legs were finally too weak for him to get up after his morning nap), he reached his nose from the ground to my cheek and gave me one of his soulful nuzzle kisses…a sincere thank you for a life well lived! He has crossed the Rainbow Bridge and joined his mate, Rock, that we both loved and missed so much! In my heart, I know we will eventually be together again. 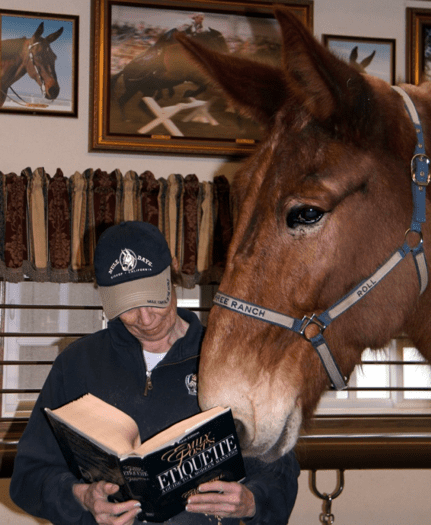 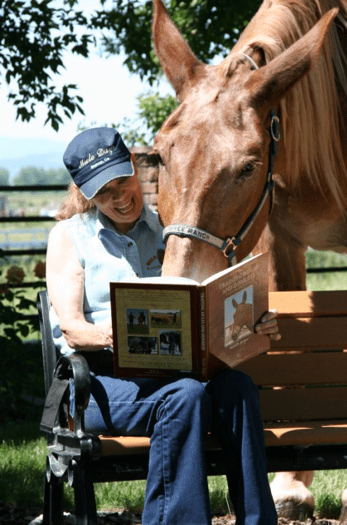 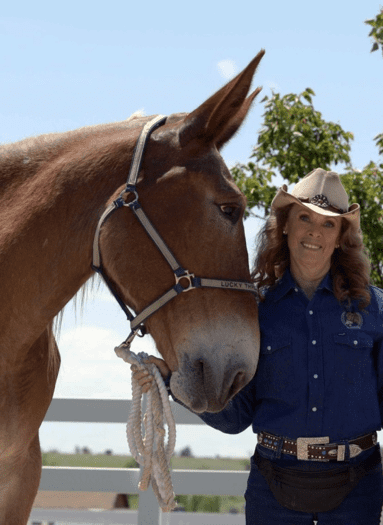 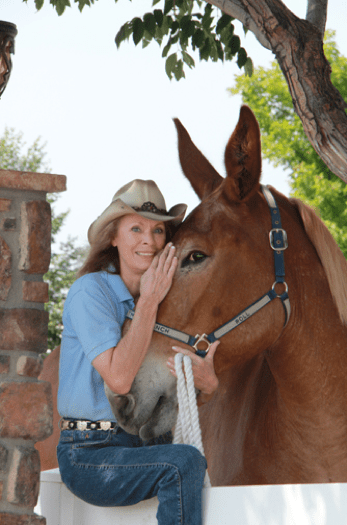