Chasity had no way of knowing that she was about to graduate from the Hourglass Pattern to the Round Pen today, nor did she really care! She knows that every experience with me is happy and rewarding! So, she was waiting patiently at the stall door for me to come get her after I had already gotten Wrangler, her beau, from his stall! She put on her “happy face” and proceeded to the Tack Barn with a spring in her step!!! 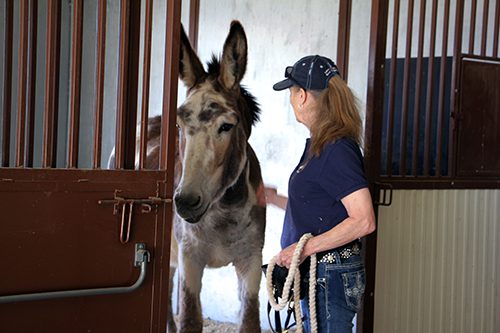 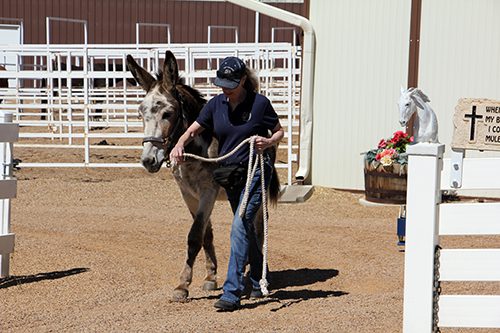 She was particularly happy to see Wrangler standing at the work station! I cleaned both of their eyes, ears and nostrils with no problem at all! They were both eager to find out what was coming next! 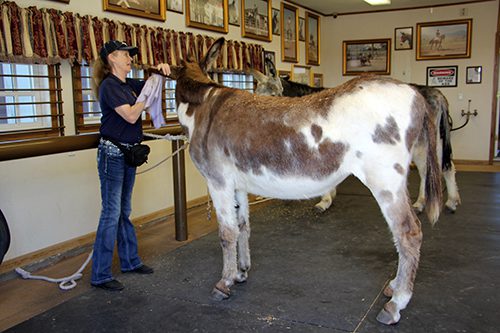 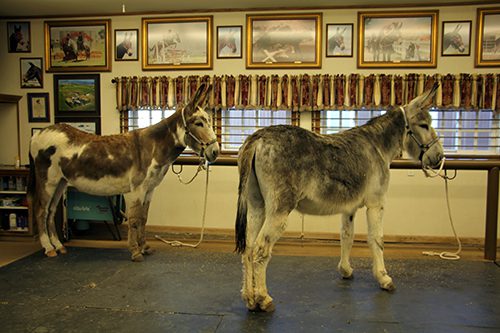 After her initial introduction to the “monster vac,” this time she did not even bat an eyelash! It was of no consequence to her anymore…she was BRAVE now! I rewarded her and marveled at how her neck was improving! The fat was disappearing and her neckline was becoming straighter. Hallelujah! 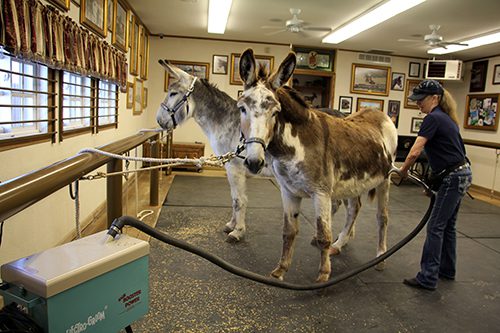 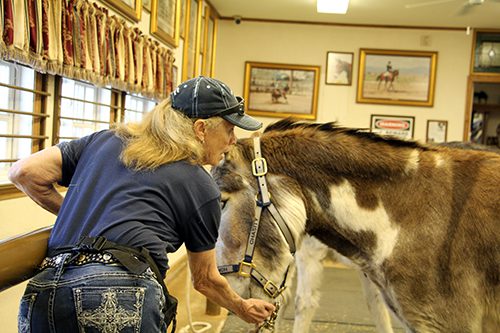 I asked Chasity to do her stretches first to the right and then to the left. Her response was becoming much more flexible and symmetrical on both sides. 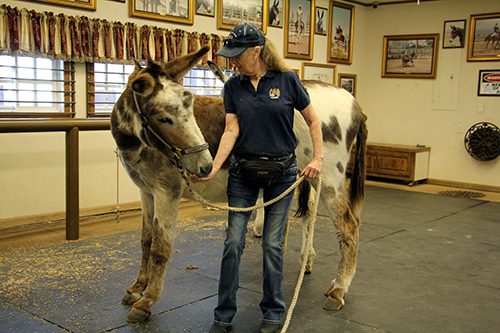 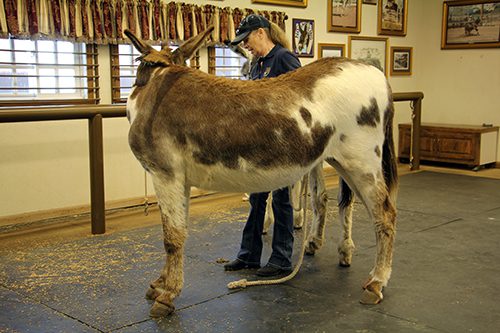 The Courbette (on Chasity) and the Passier (on Wrangler) are two used All Purpose English saddles that I bought over 35 years ago, that fit all my mules and donkeys, and are in as good condition today as the day that I bought them! I centered them on their backs and adjusted the crupper to keep them in place! 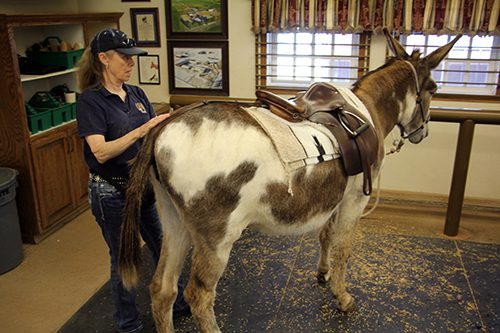 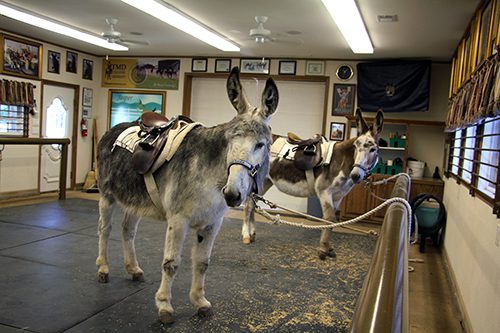 I bridled them both and took Wrangler to the Round Pen first. Then I tied Chasity on the outside of the Round Pen and she watched while I lunged Wrangler. 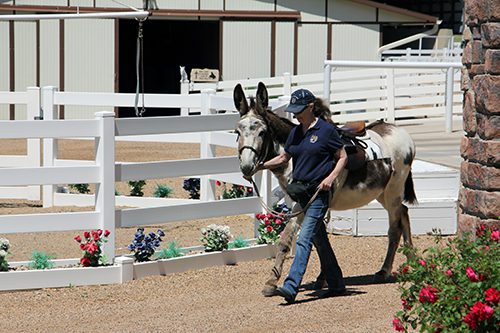 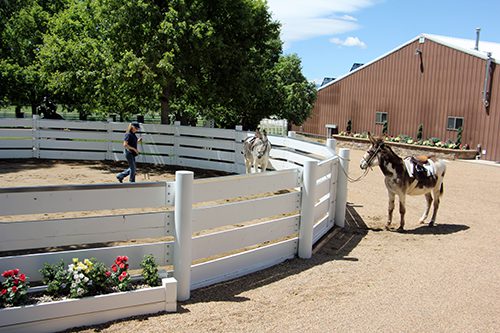 Then it was her turn! I adjusted the “Elbow Pull” self-correcting restraint to the right tension and asked Chasity to flex at the poll. Then we began lunging. She leaned on the “Elbow Pull,” but it kept her from hollowing her back and neck while still allowing her to reach well underneath her body with her hind legs. 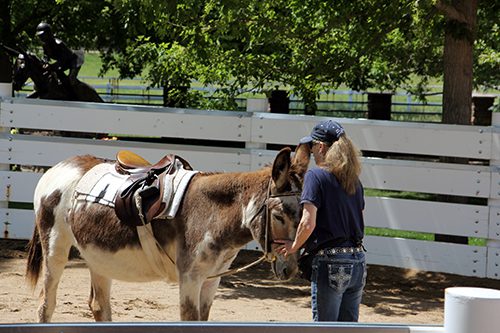 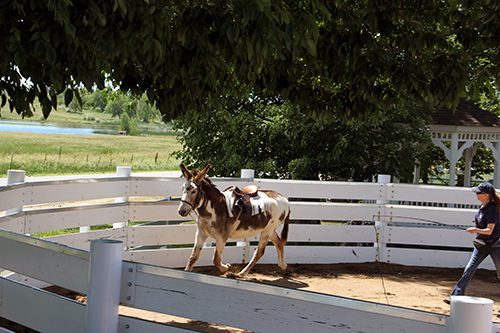 After five rotations in one direction, I stopped her and asked for a reverse. She hesitated, but eventually understood what I was asking of her and happily trotted off. She did make me work a bit to keep her going, but she was beginning to relieve a bit of the tension on the “Elbow Pull.” 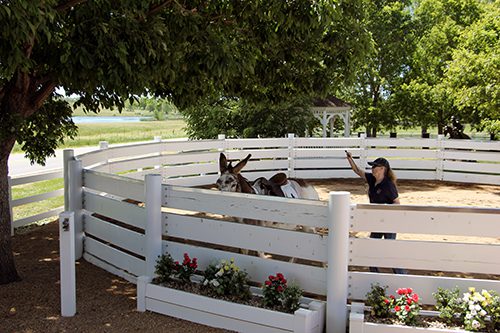 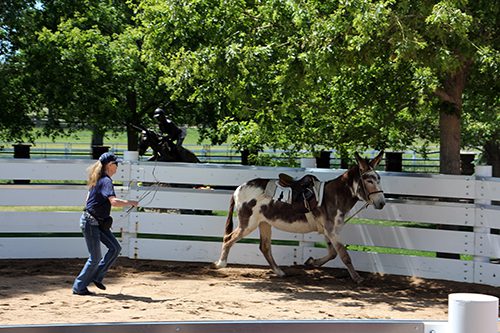 Since things were going so well, I rewarded Chasity and flexed her neck again. I decided to allow Wrangler to help show her how it is done for five more rotations in each direction. That would be all I would need to do on a 85+ degree day with their shedding not quite completed. Wrangler was amazing! They had not been turned out together yet, so I thought he might be silly with her, but he was all business! 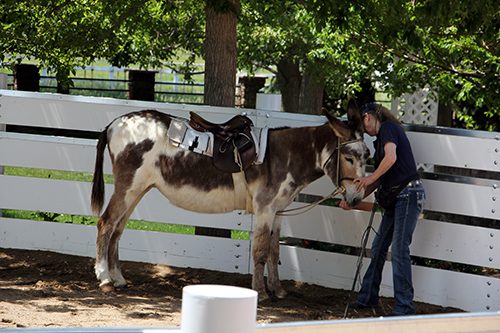 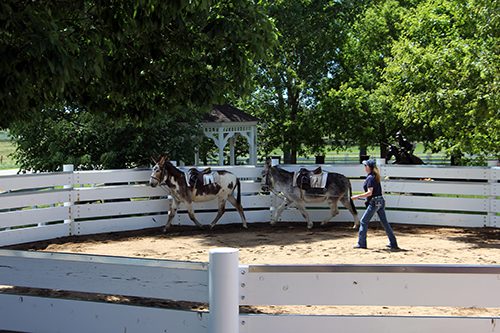 Of course, Wrangler did the reverse quickly and perfectly while Chasity took a little persuading. Wrangler just walked confidently and patiently, keeping his good posture with the “Elbow Pull” loose, while he waited for her to catch up. For two thirteen year olds, they were awesome! 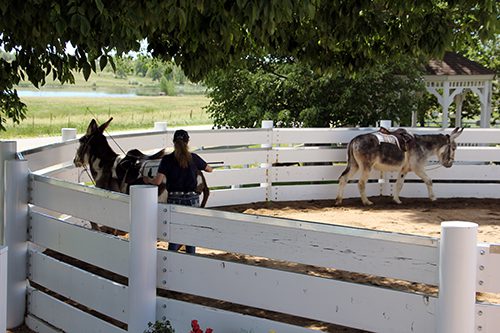 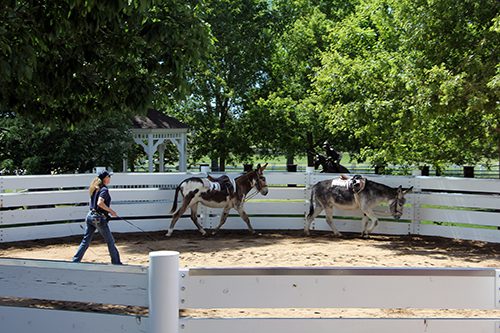 Although Wrangler has been with me for three years, and Chasity for only three months, I find it amazing how quickly they happily come to their ideal equine posture. They exit their lessons renewed and refreshed! 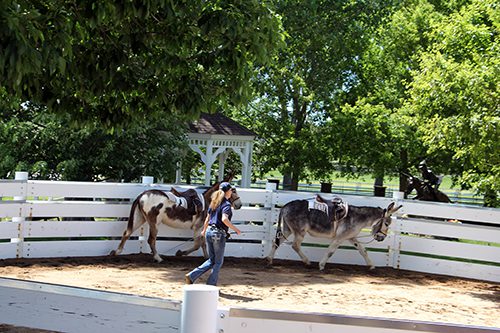 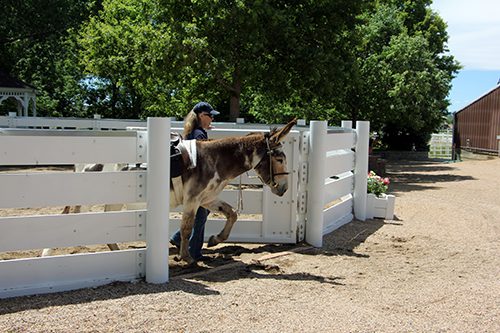