Is Amigo One of Your Favorites! As we’re settling into our new home in Pilot Hill, it seems the perfect time to reflect on some of the special horses you have helped over the years. None is more special than our elderman, Amigo. At 33, he is the grand dad of all the horses enjoying their new views in Pilot Hill.

Amigo came to AAE with two of his pals in mid-January 2018 from a neglect situation. He weighed-in about 850 pounds, and we were told he was 29. As thin as he looks in photos, he was much thinner. His coat was thick with dead like an old shag rug that tried to hide his bony frame. He was started on a slow refeeding program, but despite efforts of a very slow introduction to food, after about a week at AAE, he had a bout of colic.

It felt so grim, but this ol’ guy was a warrior. Thankfully, Loomis Basin Equine Medical Center was on site quickly. It wasn’t a bad colic, but he battled through it like the survivor he is! He bounced back up to his like he’d waken from a bad dream, then never looked back. He was also covered with ticks, with a good 150 or so removed and finding more every day for several days, then more each day until they were gone. 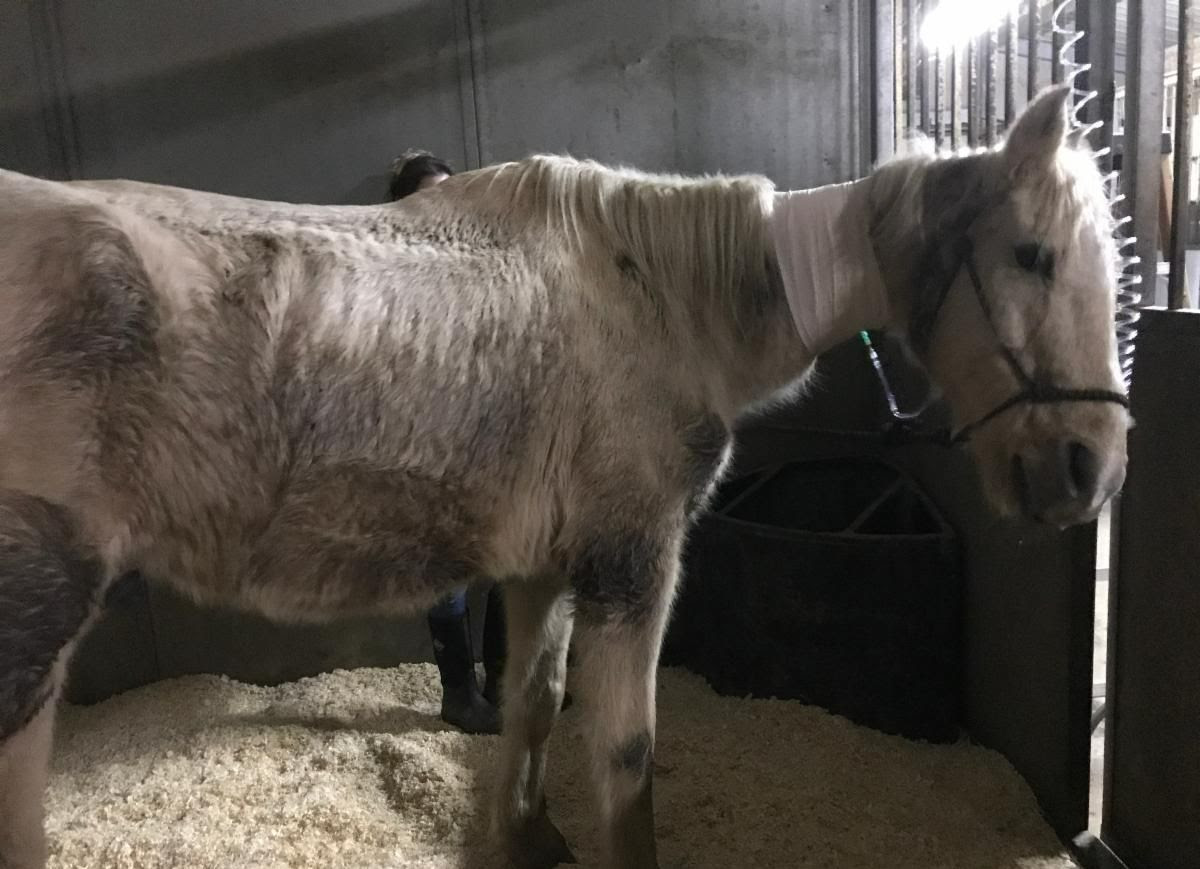 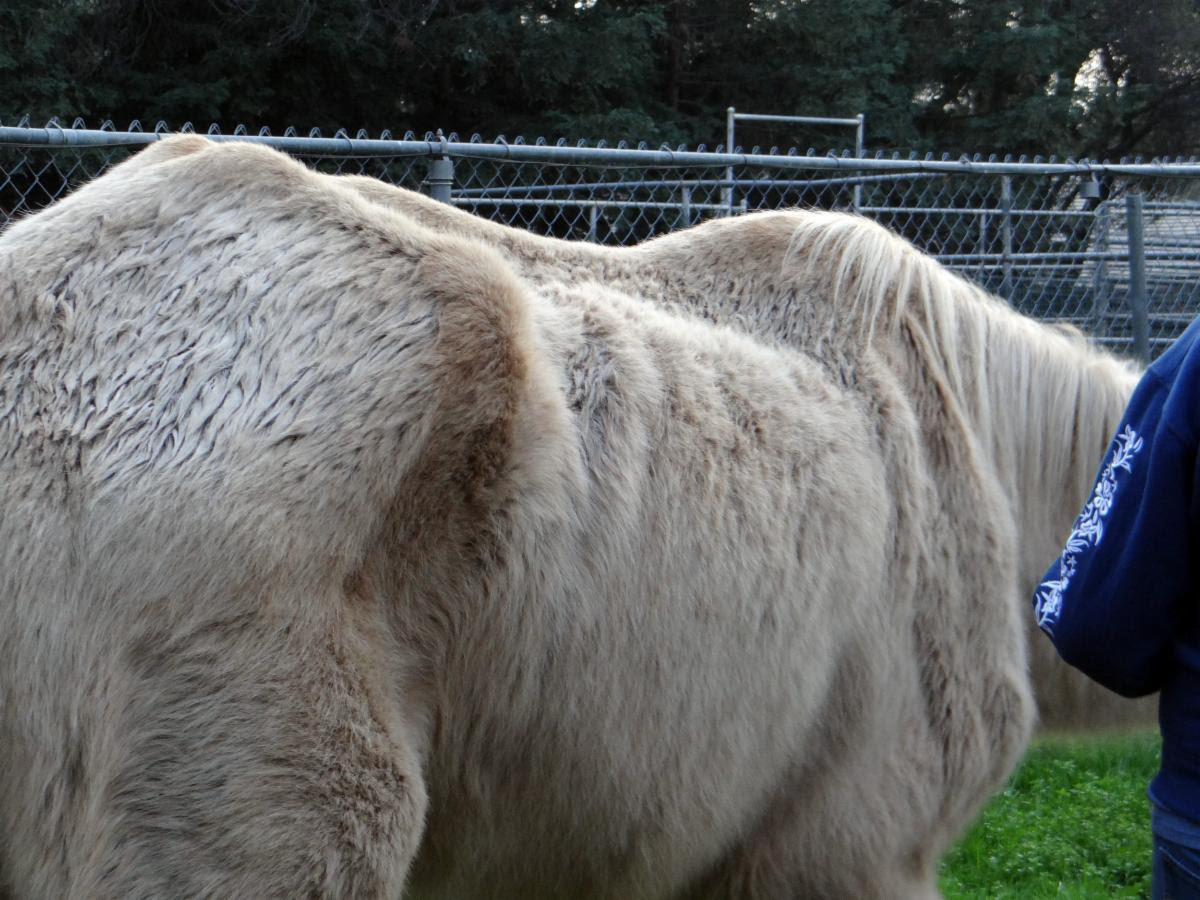 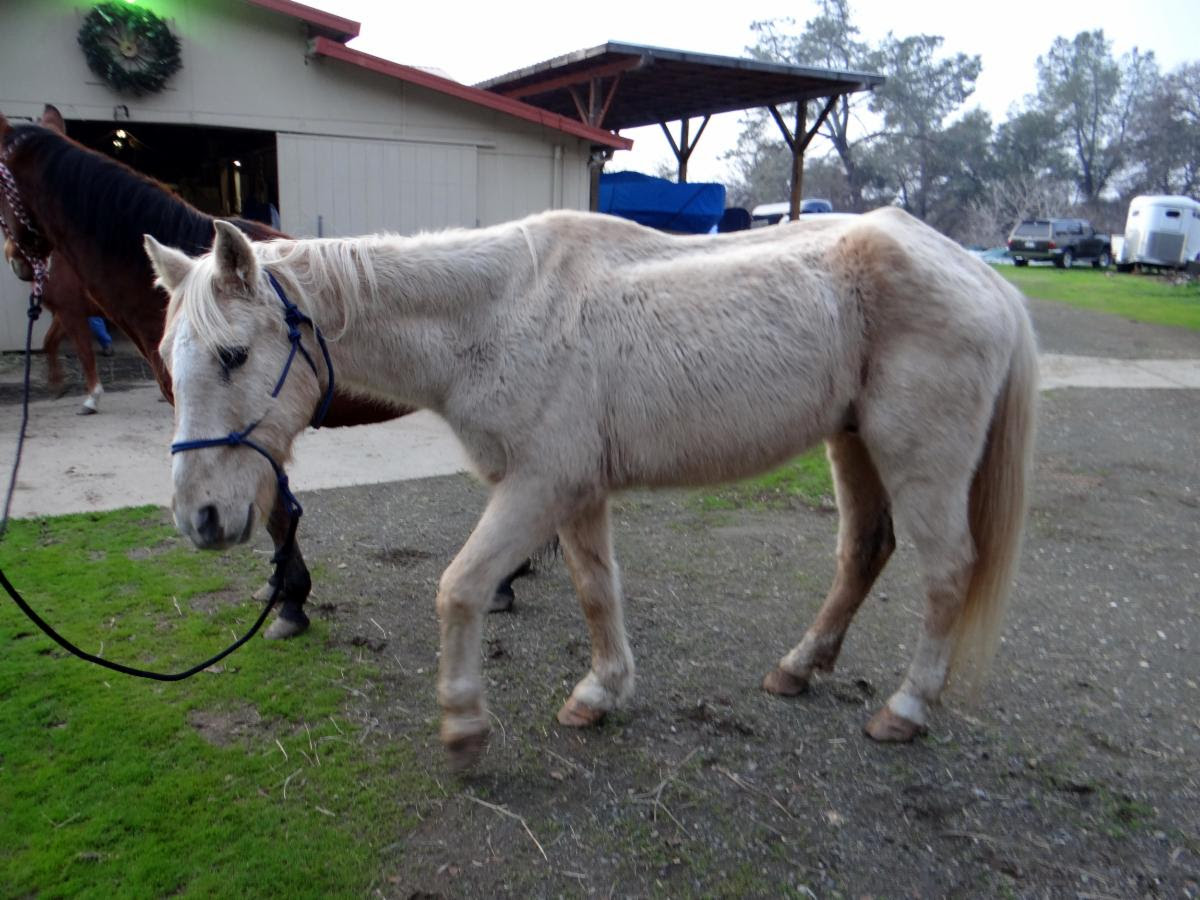 A year or so later, he was transported to the vet for another bout with colic and was fortunately able to return home to the herd after a few days. Over the years, he’s had some ups and downs, but this old fart (yes, those that know him, know), has been the bestest gentleman ever to new volunteers learning about horses, and all of our volunteers that care for him every day, come rain, sleet or snow….and the hella hot days, too! 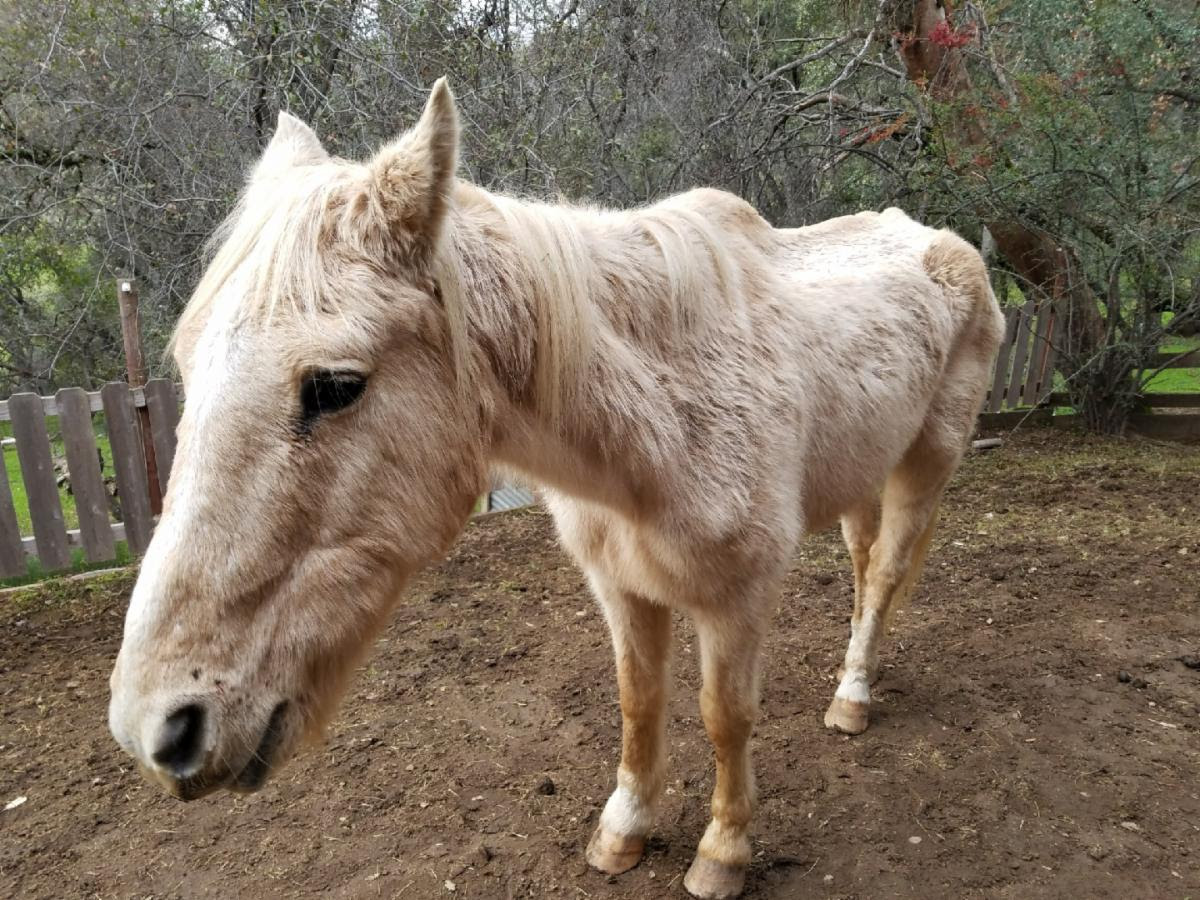 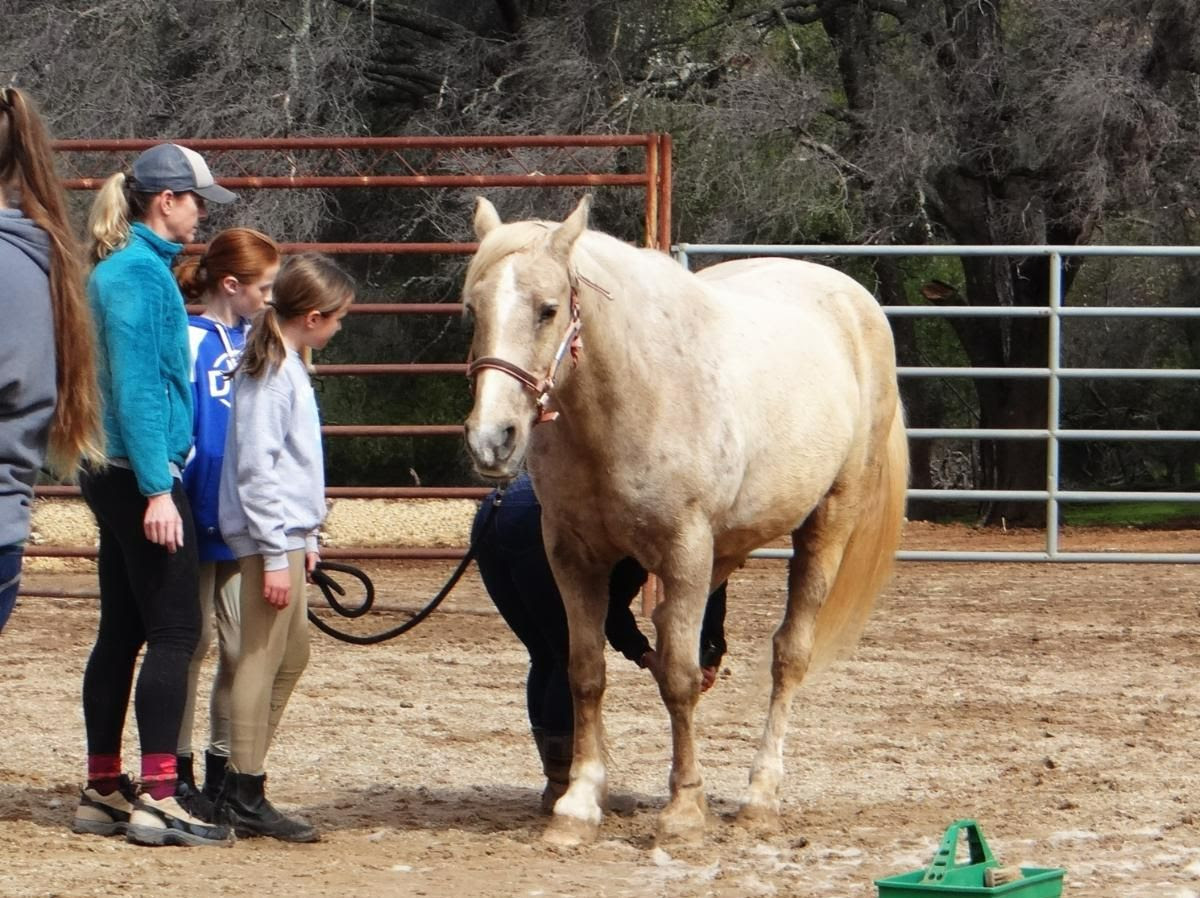 For a multi-tude of reasons: what he went through, his will to survive, his age, his demeanor, his kind and gentle spirit, and not last nor least, the way he acted so terrified at what must have been the first mini horse he’d ever seen, we all fell madly in love with this big oaf and felt AAE should be his last stop. He’s been a resident program/sanctuary horse since. Looking at him now, it’s hard to believe it’s the same horse! 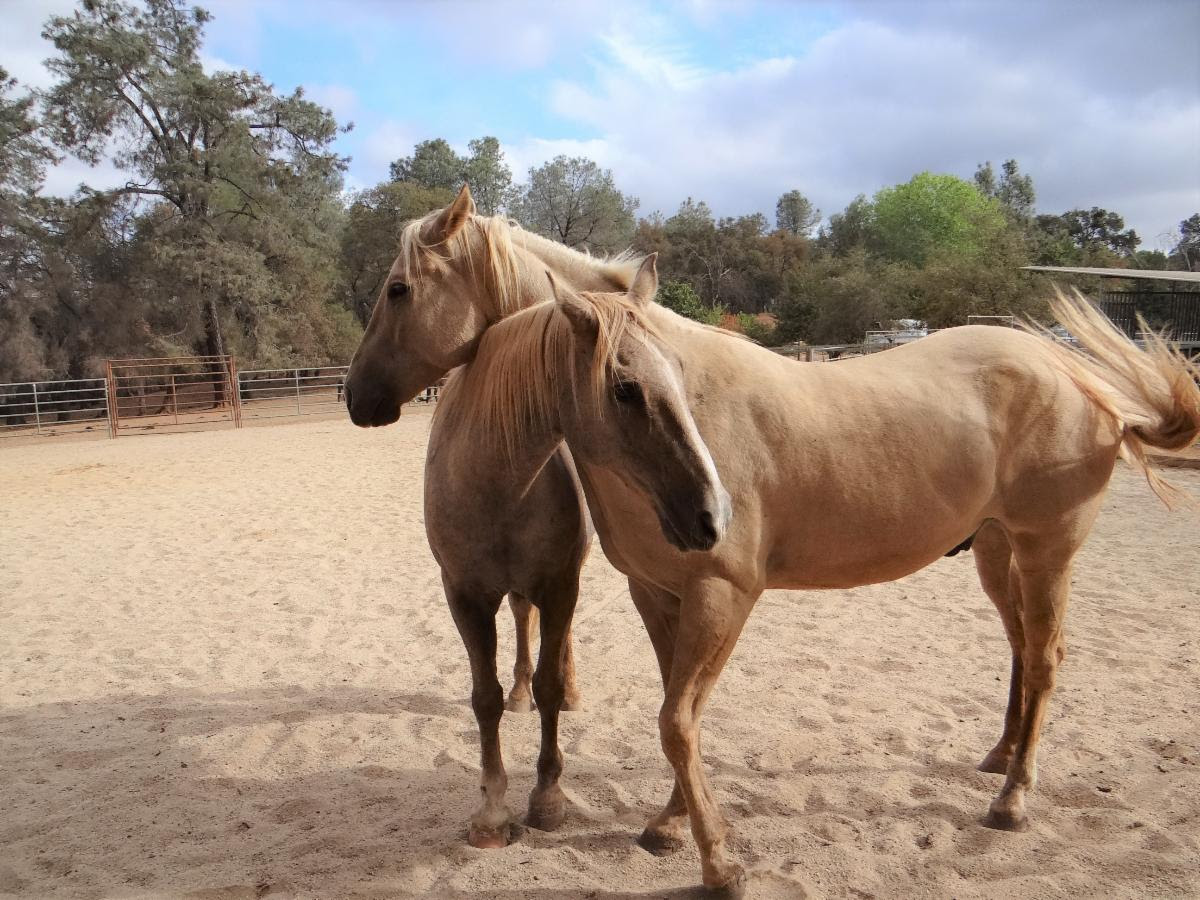 At 33, this beautiful ol’ guy exemplifies how your support helps horses like Amigo. This old man got another chance at life when his world looked so grim. He got love, he got to live like a horse, he was treated with love, kindness, empathy, and respect.

He is an ambassador for horses to everyone that meets him. He is patient, he’s kind, and he’s one of the most trustworthy horses at AAE. He’s is a perfect reminder of how fragile yet resilient horses are. He holds no grudges for humans, even though he wasn’t treated so kind in his prior life, and he gives back so much to everyone he encounters. 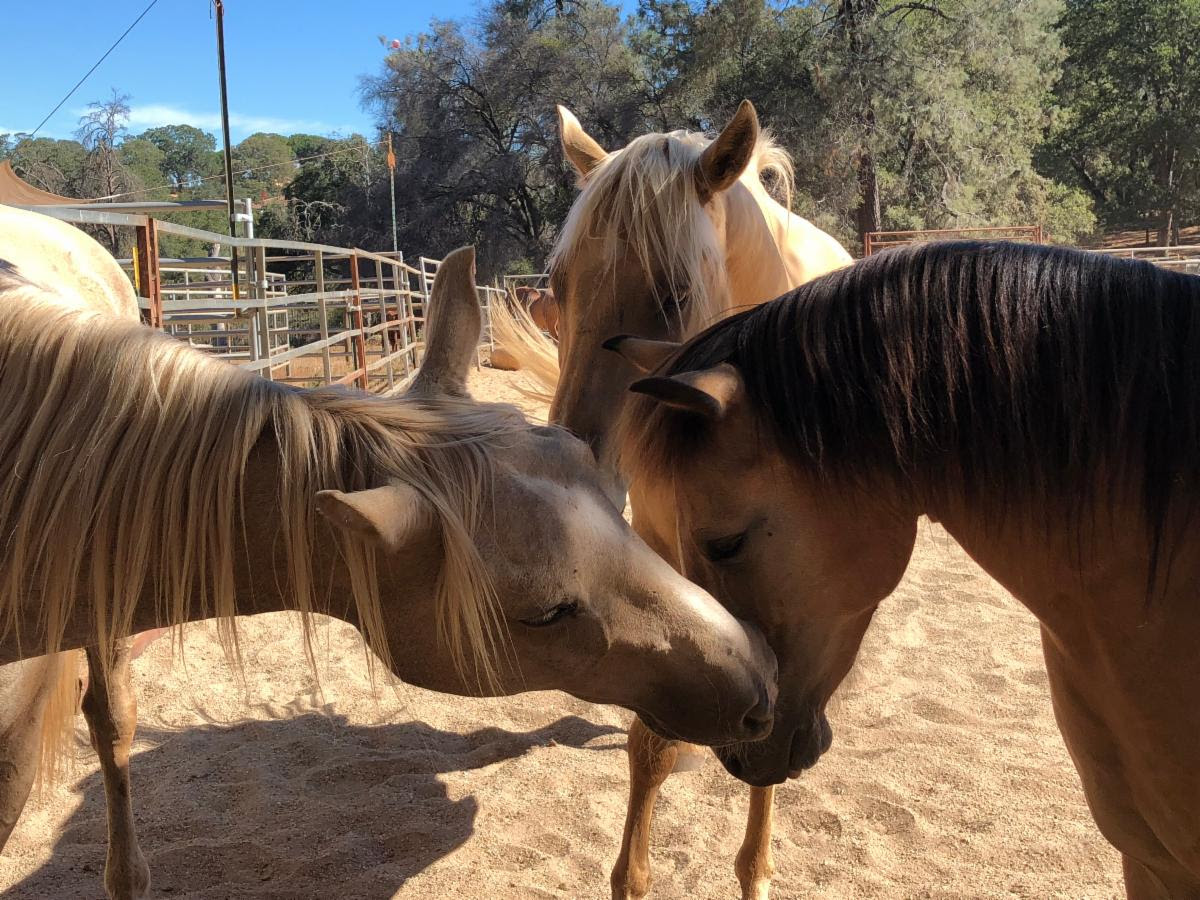 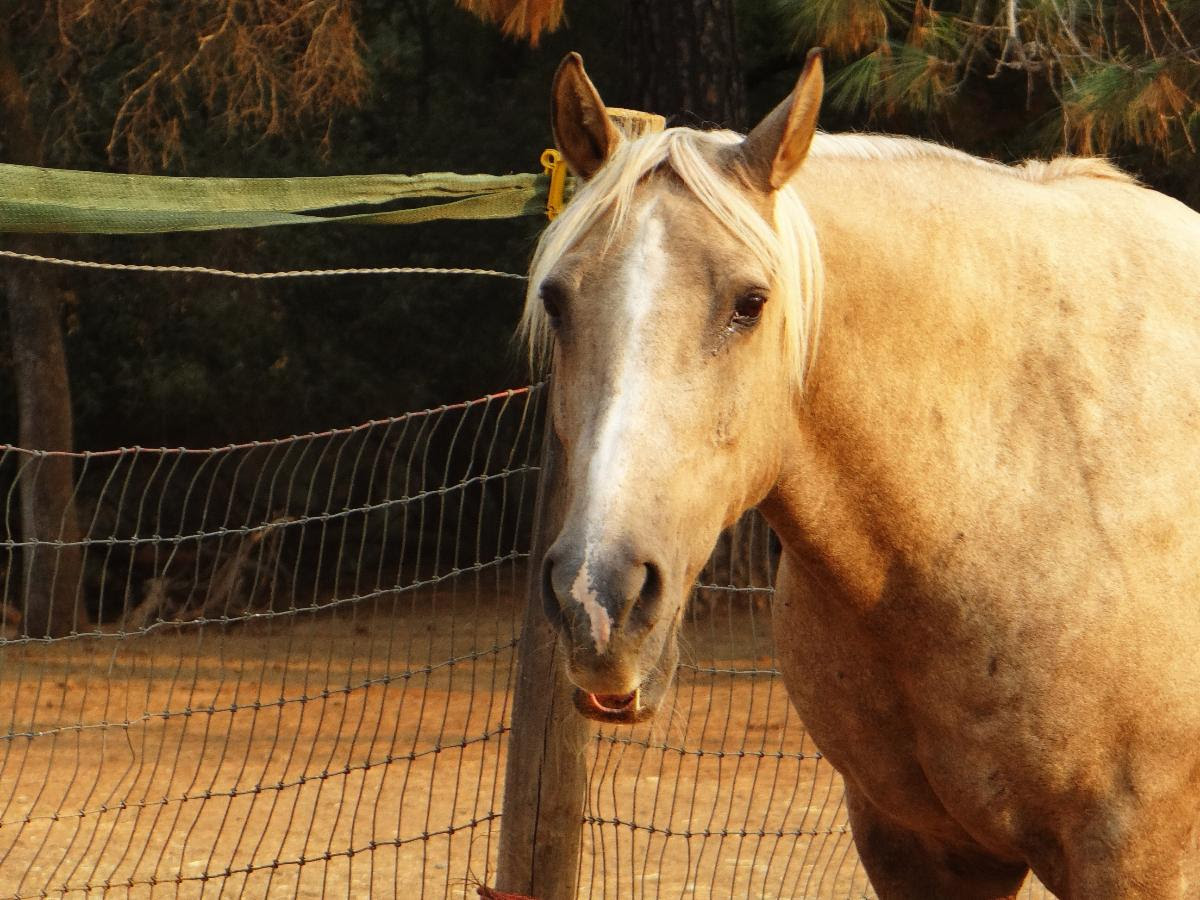 Amigo is so grateful to have had your support giving him another chance. 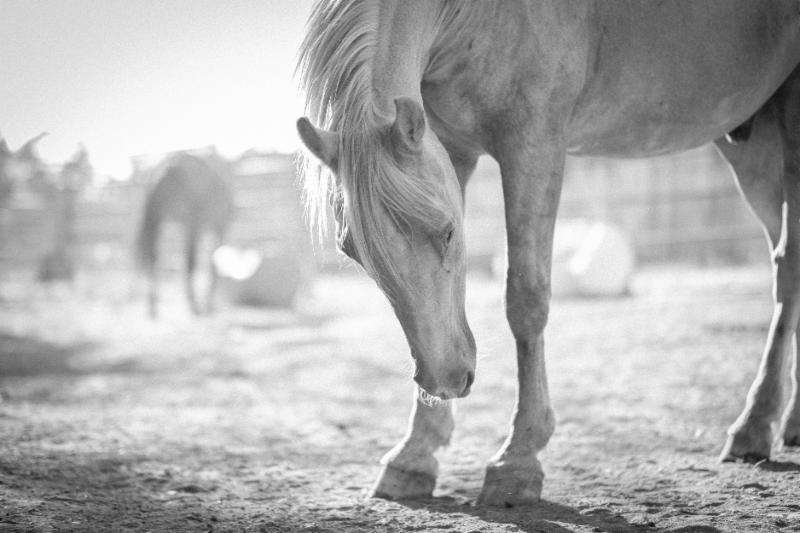 Amigo is so grateful to have had your support. If Amigo’s story resonates with you, please consider making a donation to AAE in honor of Amigo on the Big Day of Giving May 5, if you can. If you don’t want to wait, you can give now.

If his story inspires you to do more, please share his story and how you help horses like Amigo.

You can raise the bar by pledging matching funds now! Inspire giving and double your donation to make your impact twice as BIG!