Thank you, Volunteers, Gabby Who?, Big Day of Giving, and Boots & Bling, too 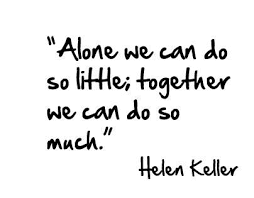 It’s time to shine a lil’ light on all of AAE’s volunteers.

You make a difference for our horses every single day!

Through rain, sleet, and snow, and through the heat you go!

Day in and day out, you contribute more than you know.

Thank YOU for all you do,

YOU are making lives better, one horse at a time!

We are adjusting to many the many changes a new home brings. Unfortunately, it’s not all rainbows and roses… we recently had a positive strangles case with one of our lil ponies, Minnie. She’s been with us for quite some time (more than a year).

We have been on heightened alert with the recent EHM outbreaks in local areas, and we have been extra careful, so it’s really a surprise. In 13 years, we’ve never had a serious contagious disease, and we’ve worked had to keep it at that way!

Minnie was tested out of an abundance of caution due to a cough and fever, but never did we expect a positive result by any means. She’s been a healthy lil’ one from the start, and it’s unlikely she was previously exposed (though not ruled out as potential carrier). She’s doing very well now, and she’ll be scoped tomorrow to flush her gutteral pouches and re-test. You can learn more about Strangles, here.

We have implemented multiple protocols to minimize risk of further exposure, and we are working alongside our vet to keep this under control, as best we can. So far, we’ve had no new cases, an

We have NO idea where it came from. We are diligent with our quarantine practices. We haven’t had any new horses in for over six weeks, and last was a mare that was in quarantine for about six weeks w/a confirmed dental-related (localized) sinusitis issue. She came from a situation where she was the only horse around for 3 to 5 months and hadn’t been off that property.

We haven’t seen any concerns with any of the remaining horses, yet, though one other was tested at the same time with negative results. We are under quarantine until the coast is clear. No horses will be coming in or going out until we are as confident as we can be that we are Strangles-free.

We have not done kill pen rescues for over 10 years. We have not done auction rescue for many years (but haven’t eliminated that option entirely). We can only guess it came in with someone or something. We have had biosecurity measures in place for our volunteers with horses or those involved in horse activities due to the recent outbreaks, as well, so that is always possible, too, but not as likely.

We want you to be aware. We have also notified our volunteers and nearest neighbors with horses.

Free to email with questions, and we will respond as quickly as we can. Please remember, we are almost an entirely volunteer run organization, and right now, we are stretched. Stay healthy and safe, all, and thank you for your support and understanding during this time.

We welcomed Gabby earlier this year after being contacted by a nearby animal control who needed assistance with a skinny mare. Well, skinny was an understatement!

She arrived at AAE very underweight and with some other health concerns, too. In her time here, she has gained 90 lbs so far (and still gaining). She had a chronic sinus infection on her right side due to some dental problems. It’s looking like she will need one, maybe two teeth extracted.

She’s got a ways to go, but this girl’s looking so much better! Gabby’s such a sweetheart, and we look forward to seeing her become healthier and happier in this next chapter of her life!

If you’d like to help with her care, please consider making a one-time donation or sponsor her with a monthly donation. 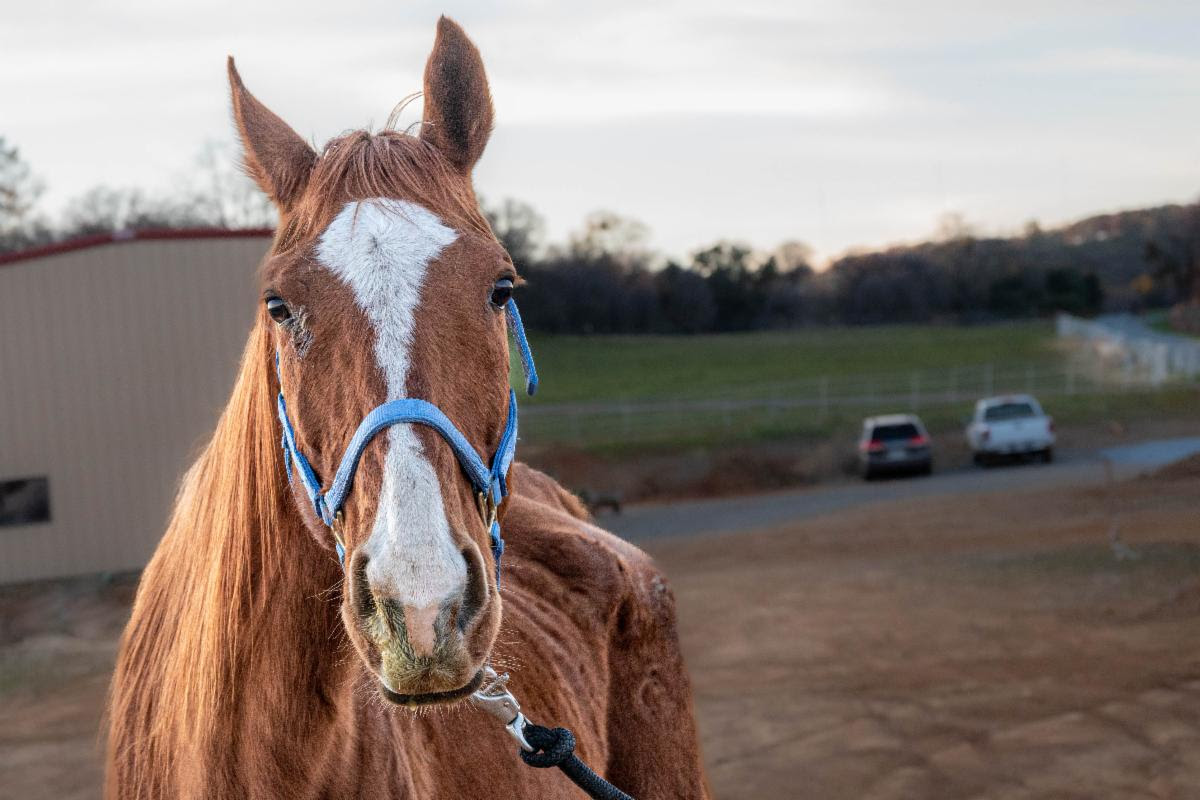 We were told by the animal control officer that the person who had her had rescued her a few months before, but he had cancer and was unable to afford veterinary care because of his own health care costs.

When we arrived to pick her up, we met a very sad, very emaciated, and very stinky (localized sinus infection) older gal. She had a nasty smelling discharge from her right nostril and below her right eye was a large crusty patch. Her teeth needed attention. Though her condition was quite grim, she was so kind and forgiving.

Based on the one-sided nasal and eye discharges, and odor, too, we suspected she had either a tooth infection, a sinus infection, or both. We also found a lip tattoo, but it wasn’t entirely legible. If we’ve guessed right, she was born in Minnesota in ‘98, never raced, and she’s registered as Timber Buck’s Luv.

Gabby is a luv! She loaded into the trailer readily, she traveled well, and she unloaded calmly. She handles easily, too. The sweet gal was vet checked shortly after arrival, blood was drawn, sinus/tooth infection confirmed, and antibiotics started. She had her dental done and some head radiographs, now we’re waiting for to put on a little more weight before surgery. In the meantime, she’s looking better, feeling better, and she’s getting a little sass about her….oh, she’s a mare!