So! Who’s Your Daddy? Three colts walk into a barn.

The fillies perk up. After the whinnying and a few snorts, the boss mare asks,

“He’s a Thoroughbred worth big bucks and runs around a track!”

“Mine’s a Warmblood dressage dancer and can do the equine jitterbug and ballet!” 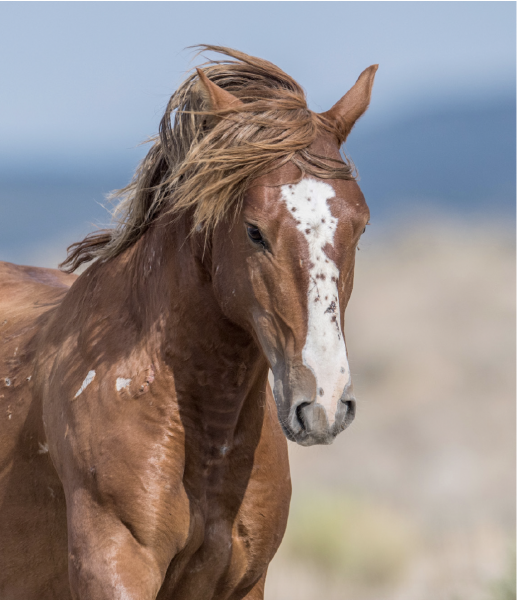 His name is Merlin. He’s a stallion of the Colorado Sand Wash Basin Herd. And he is indeed a hero in every sense of the word. No one knows just how many he has sired. However, his role as the Godfather to a forgotten foal is a compelling story of compassion and courage.

Last September, The Bureau of Land Management conducted a roundup of the Colorado Sand Wash Basin wild horses in their effort to thin the herd roaming on Northwest Colorado Public Lands. The roundup was done with helicopters and wranglers stampeding the horses to holding pens. 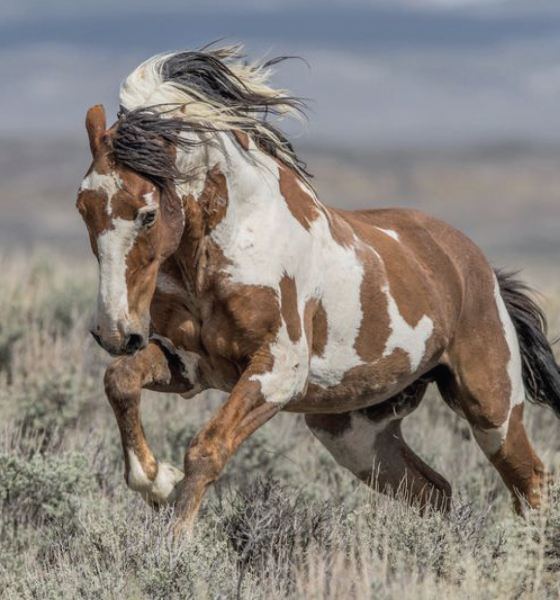 Observers from wild horse rescue groups and nature photographers noticed a tiny foal that looked to be no more than a few days old, terrified and isolated. Her mother, a mare identified as Serendipity, herself sired by the legendary Picasso was last seen running to escape the low flying helicopter.

Scott Wilson, the winner of the 2022 Sony Open Competition Natural World & Wildlife Photographer of the Year experienced a once in a life time example of the bonds of wild horses protecting their herd at all costs.

What Wilson saw and memorialized on film is the stuff of campfire stories and cowboy movies. It’s doubtful that any screen writer could come up with anything better than the true story of a mustang stallion confronting an uncaring wrangler and protecting a defenseless newborn foal at his own risk of certain capture. Wilson experienced a brief moment of hope and heroism in the midst of a brutal round up.

“Even a tragedy needs a hero. Just after sunrise, on a ridge to the left of an area designated as a viewing area…viewing area i s a term I use loosely since i t was nearly a mile from the holding pen and the helicopters approach was obscured…appeared a tiny newborn foal with what observers assumed was a mare, until it became apparent this was a mustang stallion known locally as Merlin.

The newborn, as yet unnamed, had been without its mother or her milk since she was rounded up the previous day. The stallion, in a huge sacrifice was seeking to bring the young foal to help. Instantly, we knew were witnessing an extraordinary example of compassionate wild animal behavior at its finest. 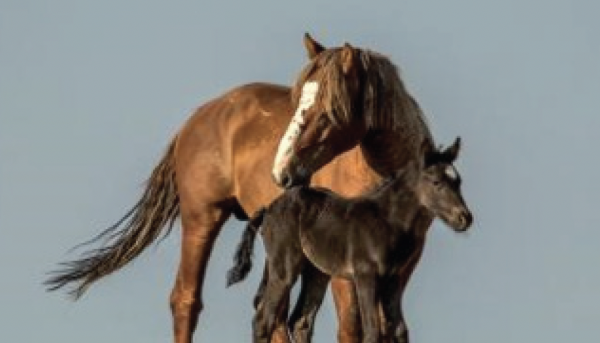 At this point, you want the foal to enter the trap without any drama or be humanely captured so it has the best chance of being reunited with its mare or milk at least. But you also want the stallion to escape. Between the soaring helicopter and an approaching cowboy, Merlin clearly sensed danger and bolted with the foal in tow until Merlin turned and placed himself between the foal and the cowboy.

Observers were ordered back to their cars at this point, so we have no idea what happened next or how, except the foal eventually made it to the pen and on to a foster facility in Craig, Colorado.

Stallion Merlin paid the price with his freedom and was held in a holding pen with 120 wild horses rounded up in just one morning. But not for long.

In an extraordinary act of defiance the following morning, Merlin vaulted the seven foot high fence around the BLM holding pen, with no room for a run up, and galloped his way to freedom. The dramatic escape instantly elevated Merlin to Sand Wash Basin legend status. Artists have been inspired to write poetry and paint versions of the tale.

Perhaps even more magical is that Merlin was just one of four wild stallions during the 10 day round up who sacrificed their right to roam in order to return a foal to its mother.

The foal, a beautiful black filly was given a chance at a good life. She is growing up and thriving in Kiowa, Colorado at a horse sanctuary. Her name i s Stella Luna and she i s one of the lucky ones.”

The boss mare liked the story. The other two colts were dumbfounded as they had never known about wild horses.

The barn manager came in to do his chores and turned the radio on.

The horses swayed back and forth in their stalls and the barn manager sang along with Janis. 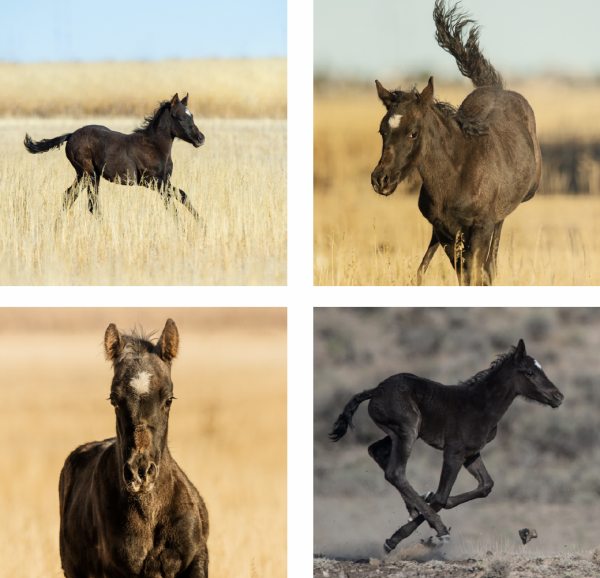 Read the article as a PDF.

Read the article on The Plaid Horse July 2022- The Horse Care Issue.