After 14 days on antibiotics, our veterinarian Greg Farrand came out to see how Chasity’s bacterial infection was doing. He was pleasantly surprised to find that the old, incredibly swollen infection in her udder and teats had gone down a significant 70%! We knew it would take quite some time to deal with something that had been wrong with her for so very long. When we first began treatment, it was as hard as a rock and as big as a grapefruit, but it was now softening into very smaller lumps and shrinking more rapidly than we had originally thought. 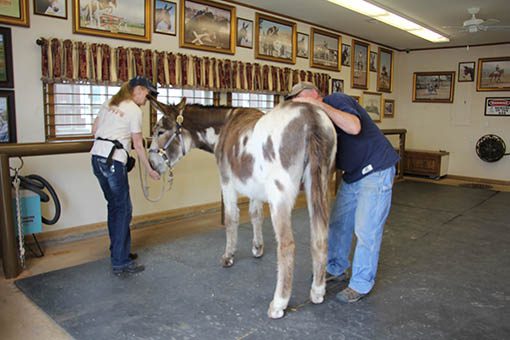 Greg asked me what I had been doing with her and I showed him her “diary” where I had documented in text and photographs all the workouts and everything else that we were doing with her. 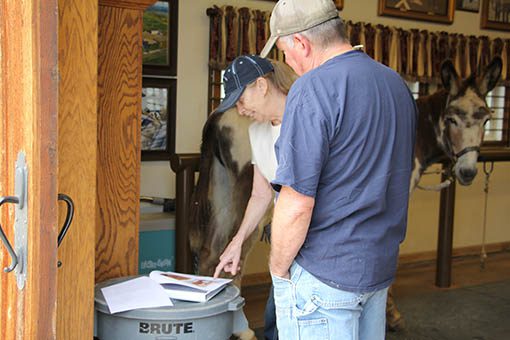 He asked if we had kept up on the soaking with warm water and we showed him pictures of the rigging we had for her to hold a heated wet towel between her legs and up against her teats and udder. 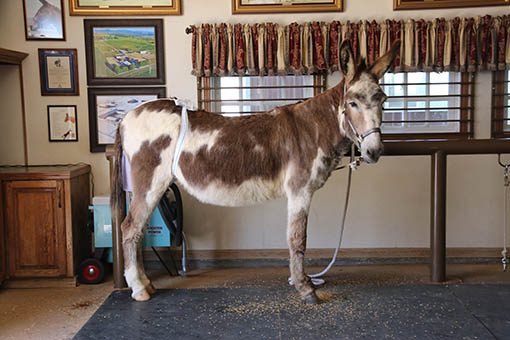 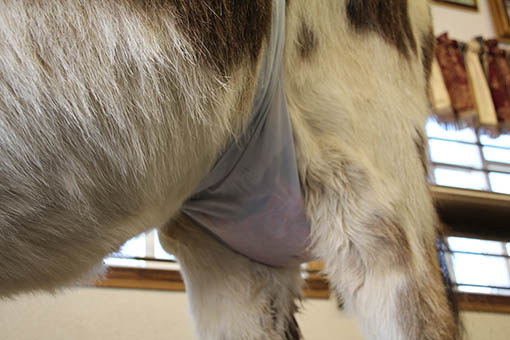 We all discussed what the protocol would be going forward. I asked if we needed to change the antibiotics to another type, or if it would be okay to continue with what had been working. We decided that another 14 days of the same antibiotics would be okay. 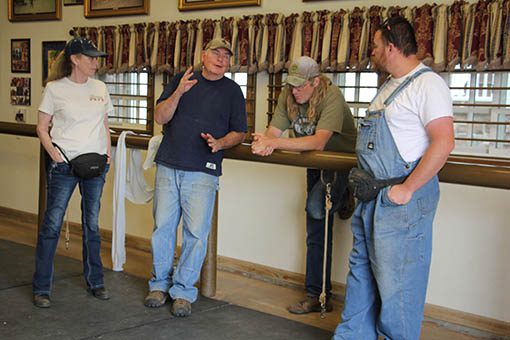 Greg gave my Ranch Manager, Chad, and I another 14 days of EQUISOL-SOT and explained that we would give it once a day in her feed as we had been doing. 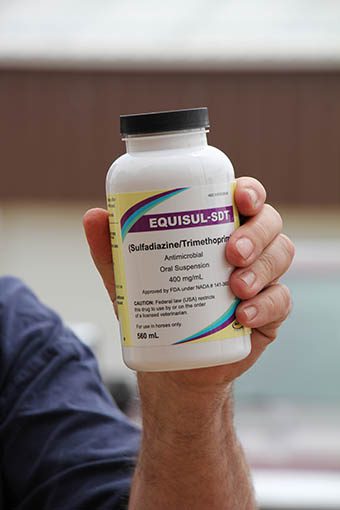 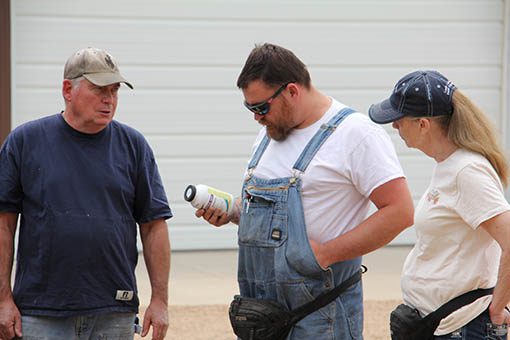 Chasity was given a handful of her favorite crimped oats for standing still and for waiting so patiently while we finished our conversation with Greg. She was very grateful! 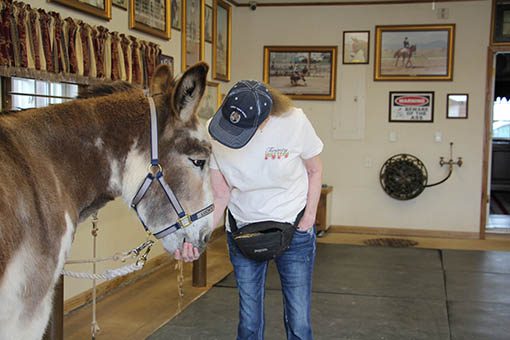 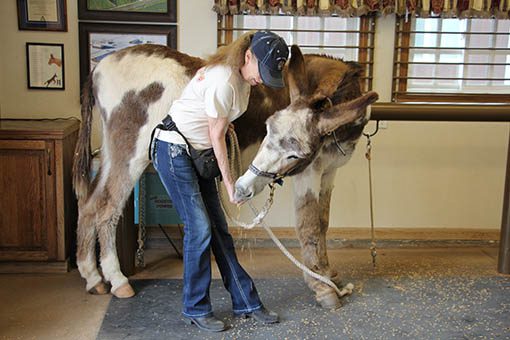 Then I asked Chasity to stretch to the left and she did well that way, too! 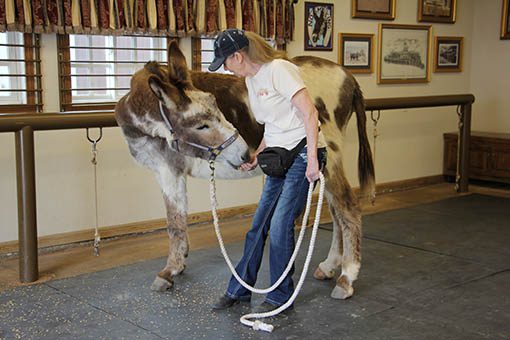 Our final stretch was downward and she does this with ease, following my hand as low as I would like her to go… and she is always rewarded for her efforts! 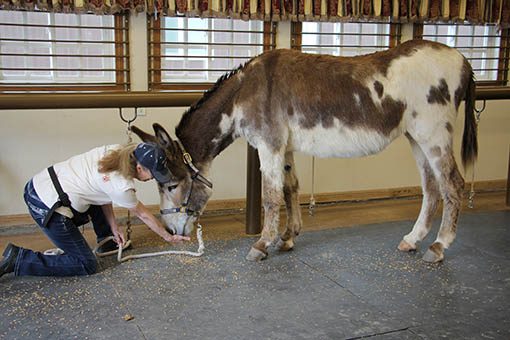 Then we walked in sync back to the barn, quietly and obediently! Chasity knows we have her best interest at heart and is happy to comply! She is beginning to really trust us! 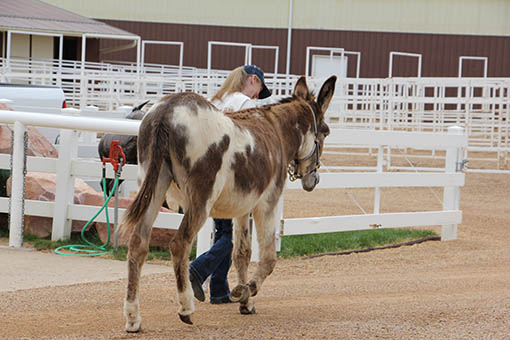