Equine charity Brooke has met its goal of reaching two million working horses, donkeys and mules in a single year.

The ambitious goal to reach this vast number of working horses and donkeys to relieve their suffering and improve welfare through training, research and treatment was set almost six years ago. 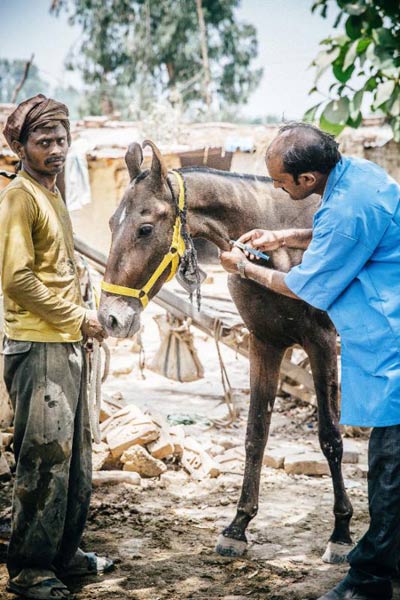 It is estimated that at least 100 million equines are supporting more than 600 million people in the developing world. The majority of those animals are suffering from exhaustion, dehydration, malnourishment, crippling injuries, lameness, and/or contagious diseases, nearly all of which can be prevented with proper training for their owners.

Measuring the impact of its work is a key focus for Brooke. In 2016, in Nepalese brick kilns where Brooke works the number of animals with eye problems fell by 42%. In Brooke projects in Nicaragua the number of severely underweight animals was reduced by 31% and Brooke Pakistan reduced by 16% the number of animals in their coal mine projects with severe wounds. In the UK, Brooke now has 30 community fundraising groups passionate about raising money for the cause, and almost 10,000 new supporters have jumped on board this year alone.

“Reaching two million horses, donkeys and mules in a year is one of our proudest achievements,” said Chief executive Petra Ingram said.

“We’re so grateful to our donors for enabling us to offer support to so many animals. This success paves the way for the future of Brooke. By 2021 we want to reach even more working horses, donkeys and mules in the greatest need. And we want to ensure that Brooke makes a lasting difference to animals’ lives – so they continue to benefit for generations to come.” 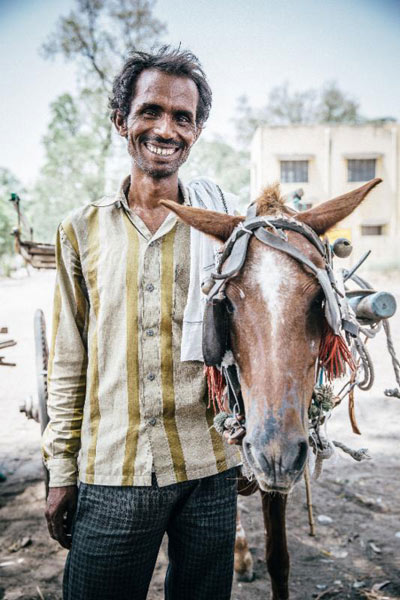 US donors had also contributed to the year’s success, through its American fundraising affiliate Brooke USA.

Brooke USA Chairman Dr David Jones said the organisation would rely on its donors in coming years “as we strive to expand and reach our next goal of five million animals each year by 2021.”

In a huge milestone for Brooke’s global animal welfare and advocacy work, the World Organisation for Animal Health (OIE) announced this year the first set of welfare standards for working horses, donkey and mules. Furthermore contribution of working equines to food security was officially recognised by the UN in livestock recommendations formally endorsed by the Committee on World Food Security (CFS).

“This means that the needs of countless horses, donkeys and mules who have laboured for so long without recognition can no longer be ignored. They’re on the international agenda – giving Brooke a hard-won opportunity to reach more of the world’s 100 million working equines than ever before,” Ingram said.

Heralding this new chapter, Brooke launched its new brand in 2016, including the new strapline “Action for working horses and donkeys” to create instant understanding of the charity’s work and the role of animals in the everyday life in a world where fewer than 20% of people have access to a motor vehicle.

Brooke appointed five new trustees including three from countries where it works, helping to bring it closer to the communities that rely on working animals.