We have some important news we want to share with you…

On the very same day that we confirmed 10 more Bureau of Land Management (BLM)-branded burros were adopted through the Adoption Incentive Program (AIP) then dumped at an Oklahoma kill pen, the BLM released a list of so-called “reforms” to the AIP.

Although we are pleased that the BLM is finally paying attention to this disastrous program, the announced changes will not stop the flow of wild horses and burros through the AIP into the slaughter pipeline. 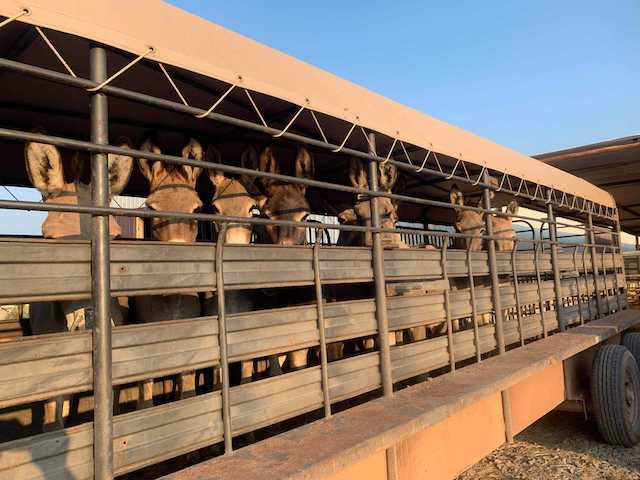 And while dozens of mustangs and burros continue to be funneled into kill pens across the country, the BLM continues to minimize the extent of the problem — despite the incriminating evidence found in the report AWHC presented to the agency.

So, while the BLM’s announced changes are a start, they are certainly not enough. These reforms will not be sufficient or effective in keeping wild horses and burros out of the slaughter pipeline. That’s why our lawsuit against the BLM to end this cash incentive adoption program is so important. We won’t stop until the program is terminated. Can you chip in to our Legal Fund now to help us have the resources to put an end to this failed program?

This is not the only critical flaw in the BLM’s proposed changes. The announced reforms do nothing to address the problem inherent in the cash incentive component of the program, nor do they provide adequate safeguards against widespread abuse within the AIP.

Unless the BLM stops paying people to adopt wild, untamed horses and burros, the flow of these innocent animals to slaughter auctions will not stop. We’re fighting hard to terminate the AIP and ensure that no more wild horses or burros are placed in jeopardy of slaughter as a result of this operation. Please consider making a donation right now to our Legal Fund to help us take on the BLM and put an end to the Adoption Incentive Program.

Thank you for your support,