Another Augie and Spuds Adventure: Surcingles and Obstacles

Miniature donkeys Spuds and Augie tried out some new moves in the indoor arena! 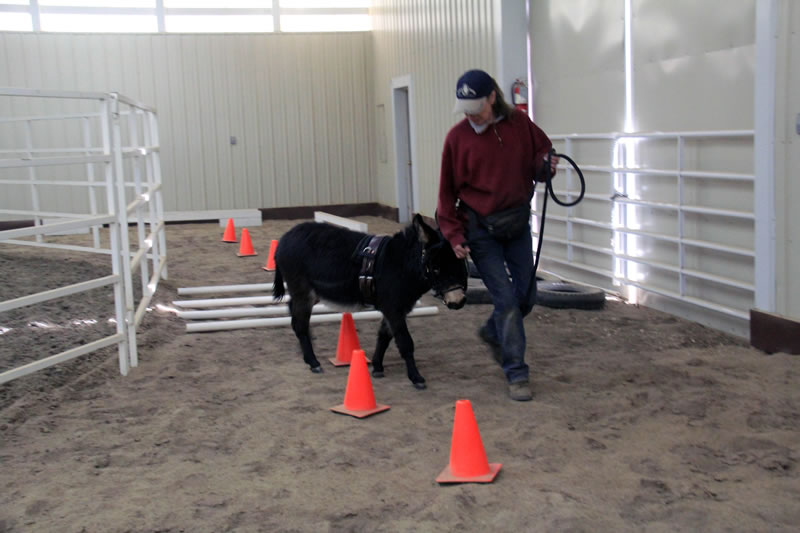 Check out the rest of the pictures below! 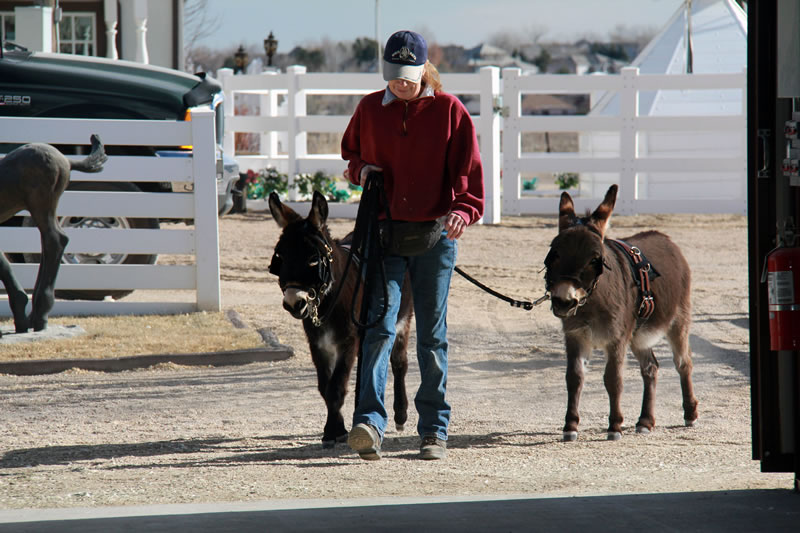 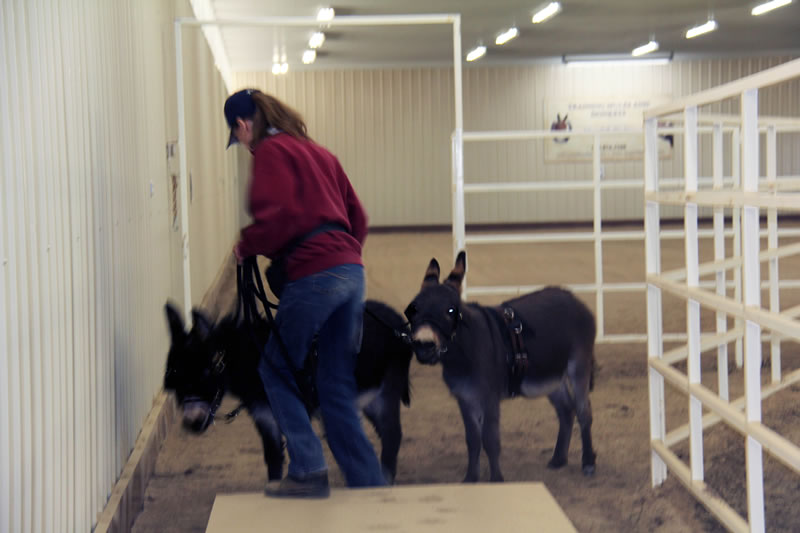 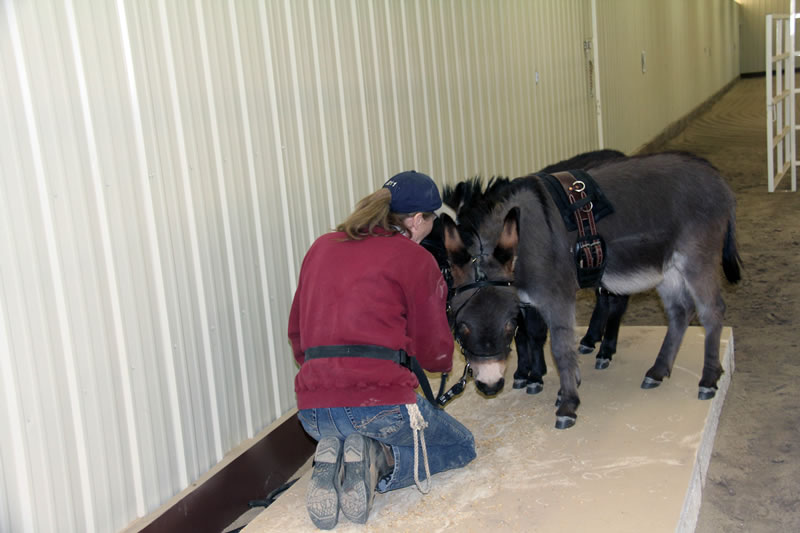 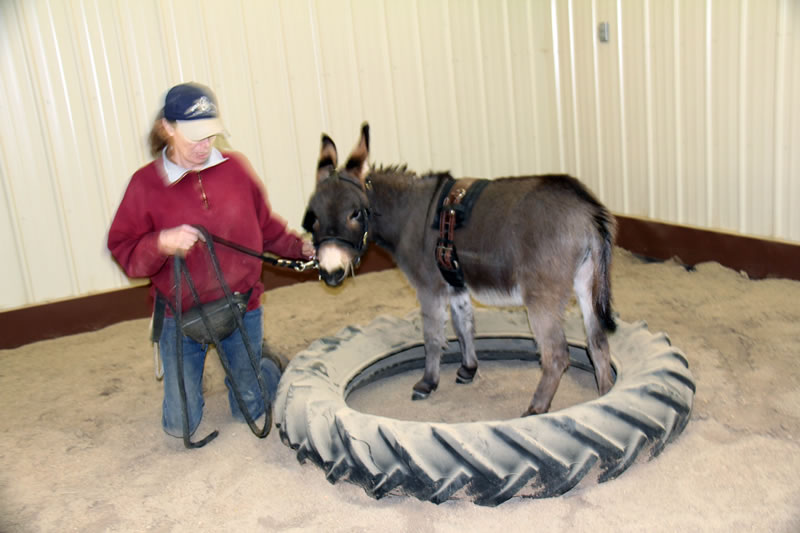 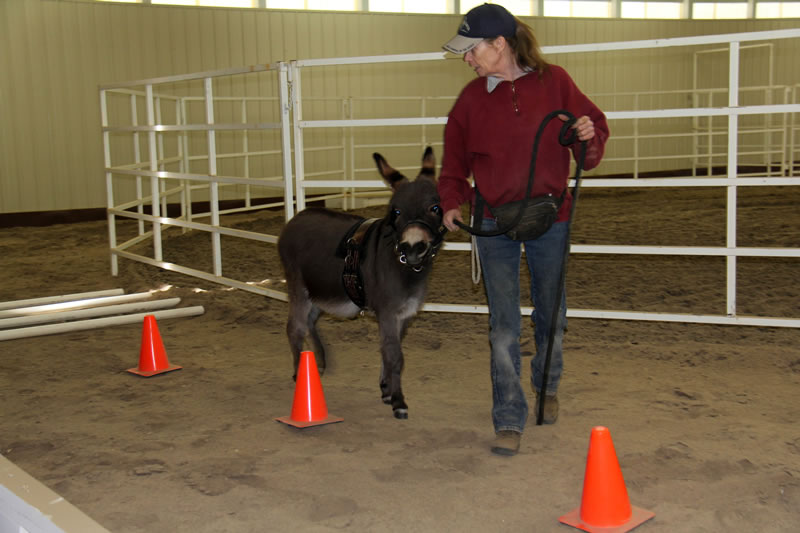 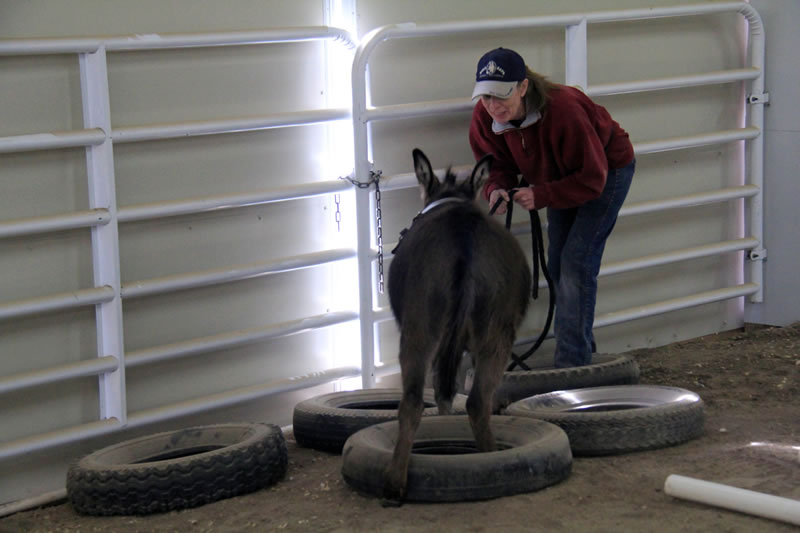 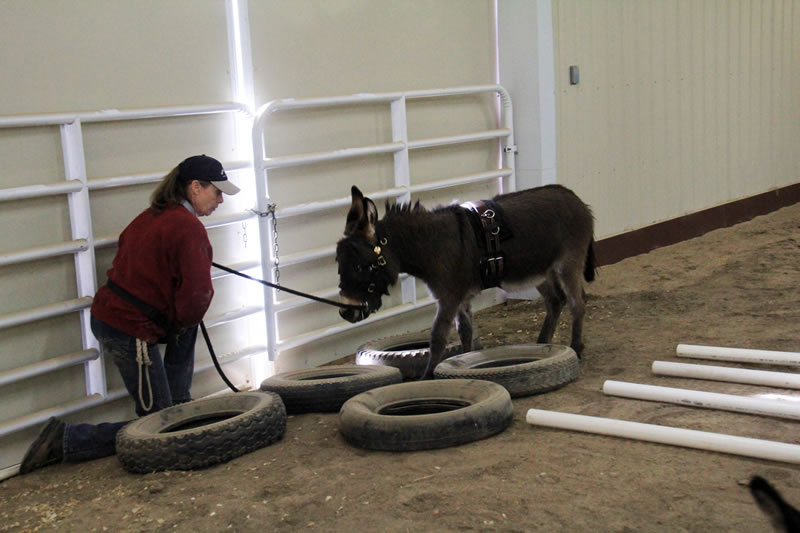 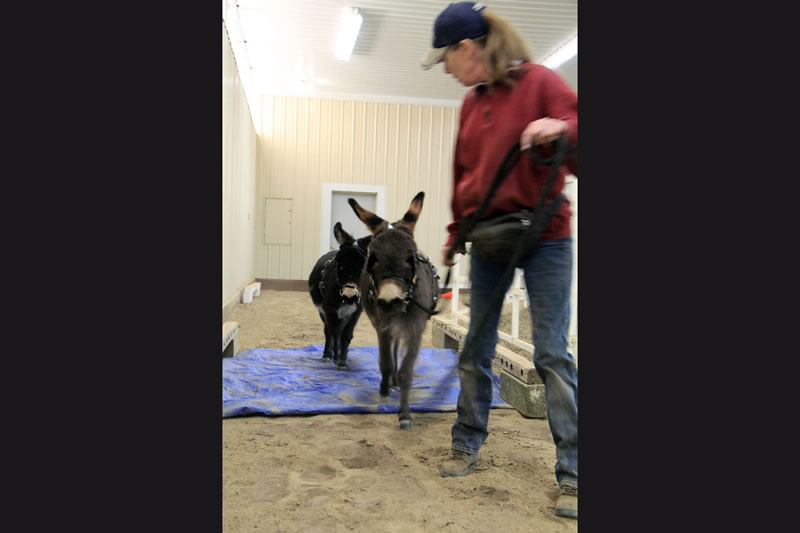 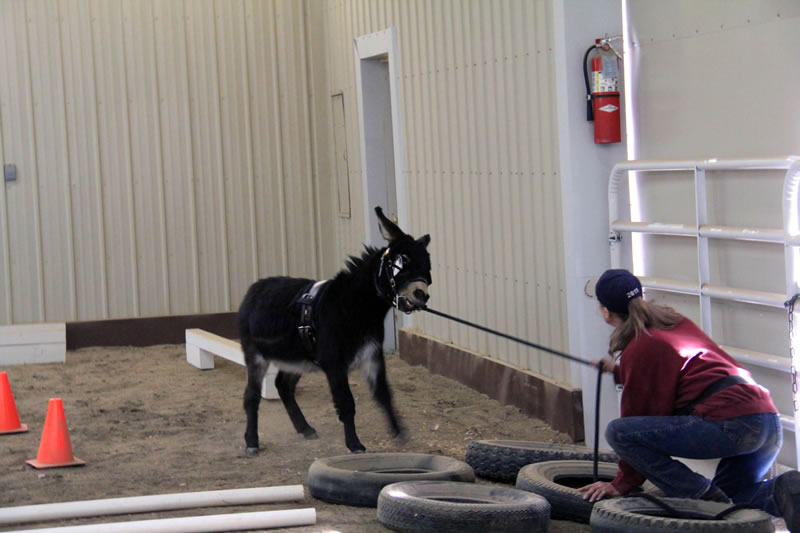 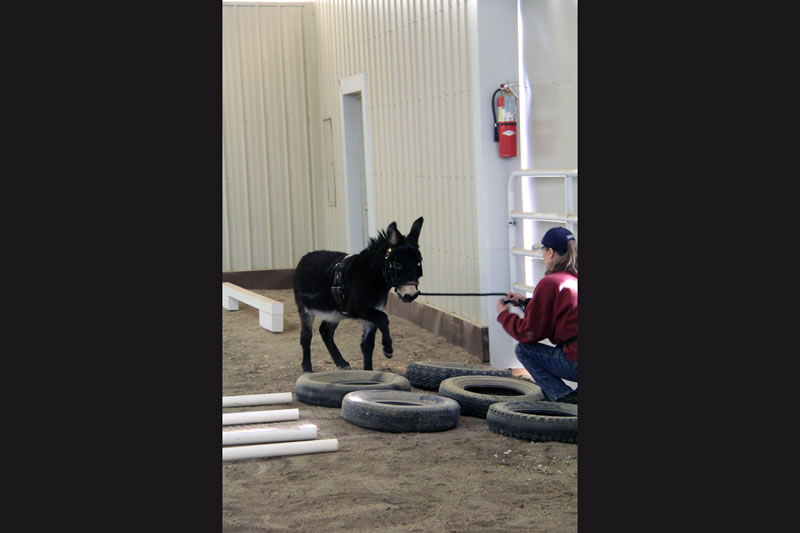 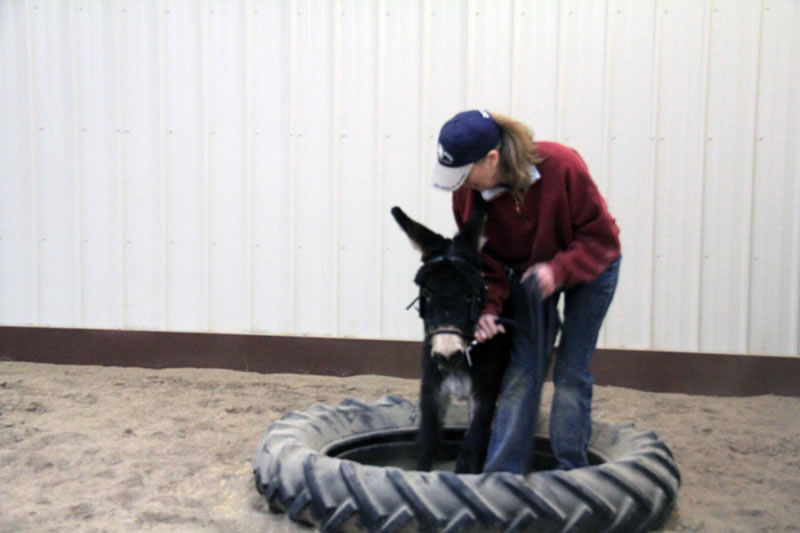 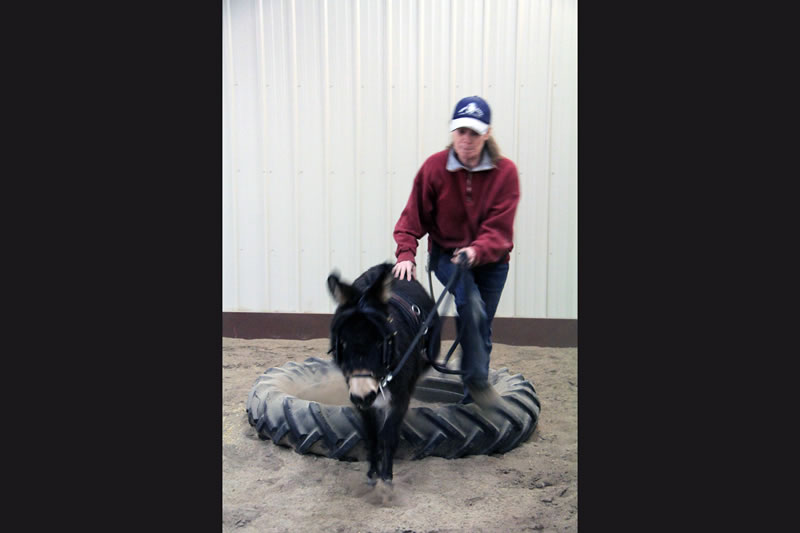 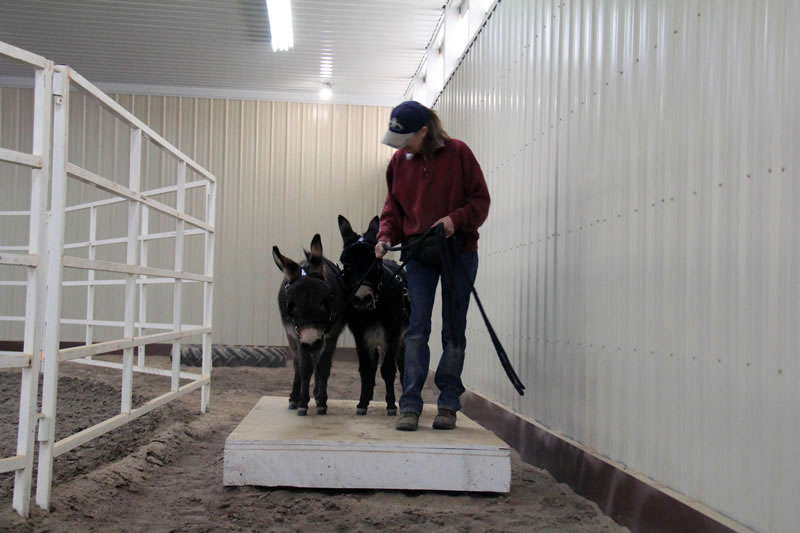 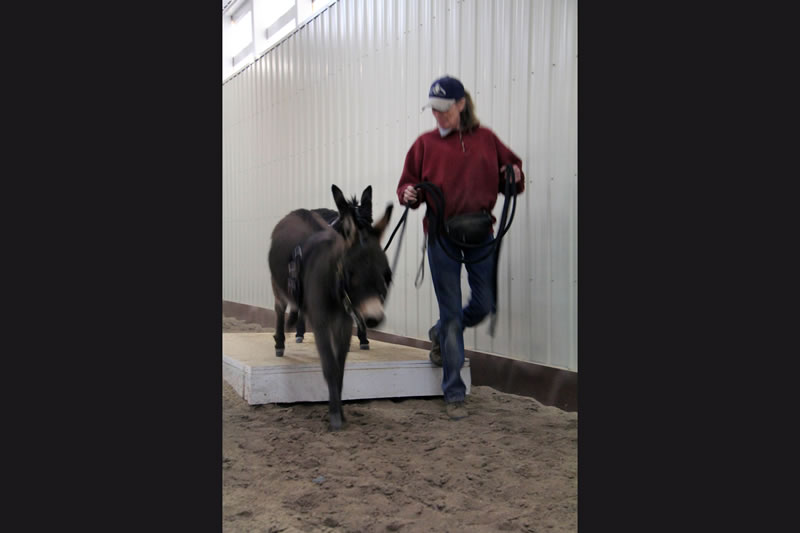 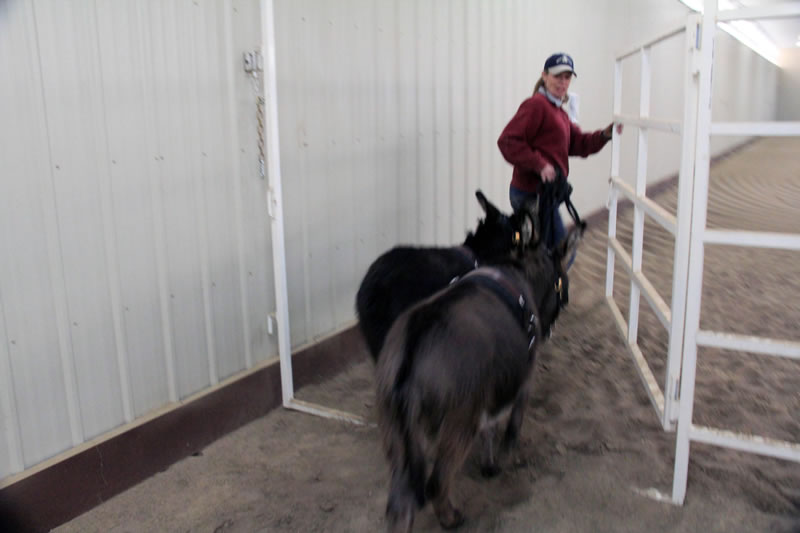 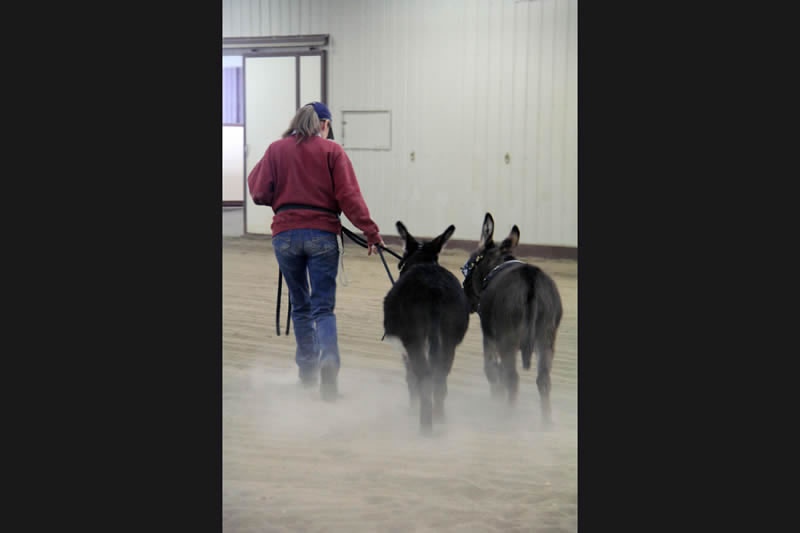 Scribbles the horse, bound for slaughter, gets a second chance — and an amazing reunion

Much of the story of Scribbles and her journey from a kill pen to a reunion with her former owners boils down to chance. Excerpted from an article by Christine Loman on York Daily Record.

York, PA – It was late in the day, later than she usually stayed at horse sales, when Kelly Smith walked past a pen holding horses that had been sold for slaughter. Smith, the director of Omega Horse Rescue in Peach Bottom Township, noticed a brown bay mare with blood running down her leg. She and another rescuer tried to staunch the bleeding, first with napkins from a lunch counter and then with a coat someone had left nearby.

For more than 20 years, she’s rescued horses and built relationships with others at the Lancaster County horse sale, including people who buy horses for slaughter. She got permission from the buyer to treat the horse and called a vet, who sutured the leg.

By then, Smith said she wasn’t leaving the horse behind. She bought it for $360.

Like so many times before, she took photos and uploaded them to Facebook to show her followers what she was doing.

Hours later and hundreds of miles away in Harwich, Mass., Brittany Wallace, 16, was on the computer doing research. It was early in the morning on Nov. 13 and she had spent the night on the couch to be near the family dog, Kona, who was sick. Kona died at 6 that morning.

She thought about her childhood, of growing up with Kona and her horse, Scribbles.

Excerpted from an article by Sandra Chereb on Huffington Post.

CARSON CITY, Nev. — Sales of wild horses and burros will be restricted under new rules announced Friday by the U.S. Bureau of Land Management after an investigation into the sale of more than 1,700 horses to a Colorado livestock hauler who supports the horse meat industry.

“It is a response to that inquiry, which is being conducted right now by the Office of the Inspector General of the Interior Department,” said Tom Gorey, BLM spokesman for the wild horse program in Washington, D.C.

Wild horse advocates said the rules amount to “window dressing” and won’t keep large numbers of mustangs out of the hands of so-called kill buyers.

The inspector general is investigating what became of 1,777 horses sold since 2009 to Tom Davis. Wild horse advocates fear the animals were taken to Mexico for slaughter.

“He’s the biggest buyer among all of our buyers over the years,” Gorey said of Davis. Since 2005, when the BLM first allowed people to buy horses in bulk as opposed to adopting them, the agency has sold 5,400 animals, Gorey said.

An investigation of Davis’ wild horse purchases was published by ProPublica in September.

Gorey said the inspector general is “looking into all aspects of the sales to Davis, including the whereabouts of the horses.”

He said it’s unknown when the investigation will be finished.

Read the rest of the article here.