What’s New with Roll? A Walk in the Jump Course

After about an hour of shedding grooming with the hairbrush, shedding blade and then the vacuum, Roll and I headed out for a walk around the jump course. We started at the Tack Barn and walked through the alleyway between the buildings. 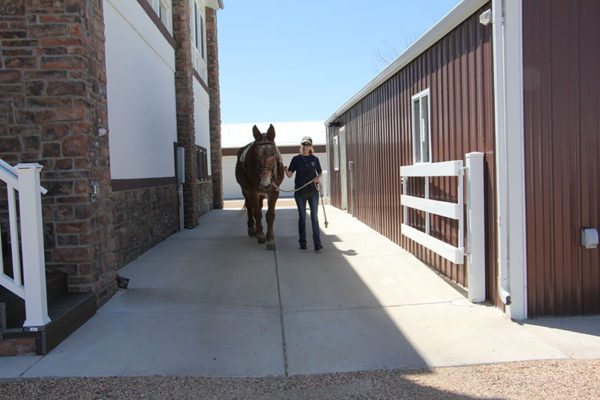 We stopped occasionally along the driveway to square up and he seemed to be reluctant to weight the right hind again, but after a few times, he did better. We stopped at the MULE CROSSING sign for a photo-op. 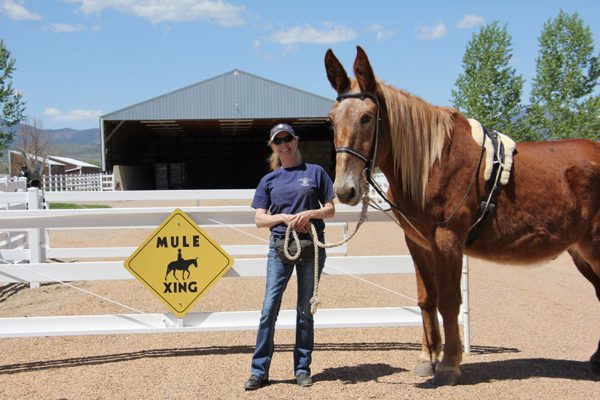 Then we went down the beautiful tree-lined driveway on our way past the mules in the dirt pen having lunch, and past Jasper Bunkhouse, to the jump course area. 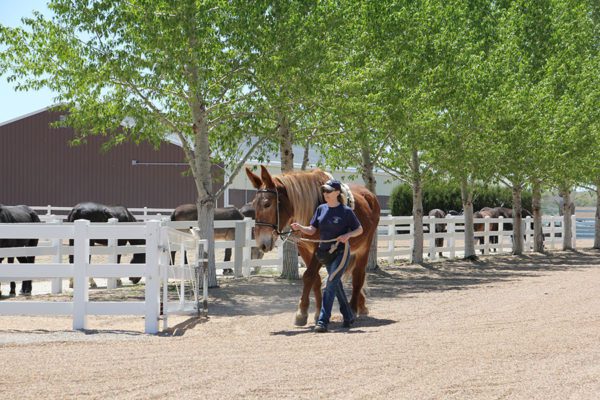 We stopped again at the statue of Lucky Three Eclipse, my hunter champion, situated behind our equipment barn where all the hay equipment is stored. Roll was more interested in the “Ely” statue than he was with the photo-op! 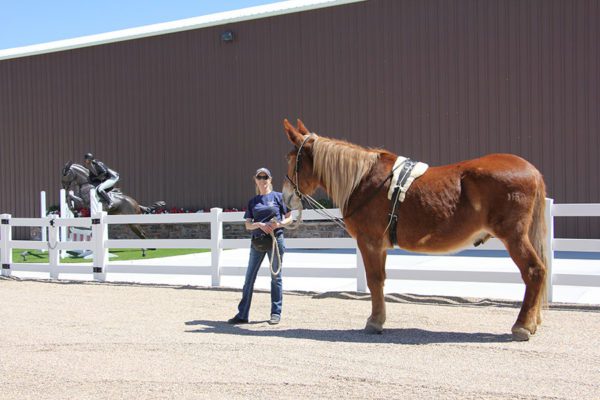 The grass was pretty tall and made for difficulty walking through it, but Roll was willing and did not dive for the grass, but obediently kept his head up, moving freely forward. 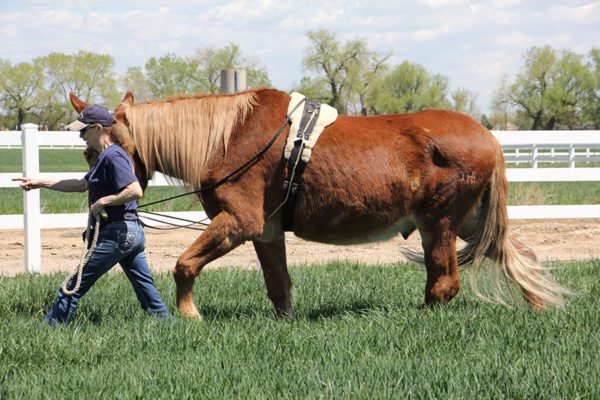 As long as he was walking, he was obedient. Then when I stopped him and asked him to square up, he became more interested in the grass and was not that willing to stand still for very long each time he stopped. 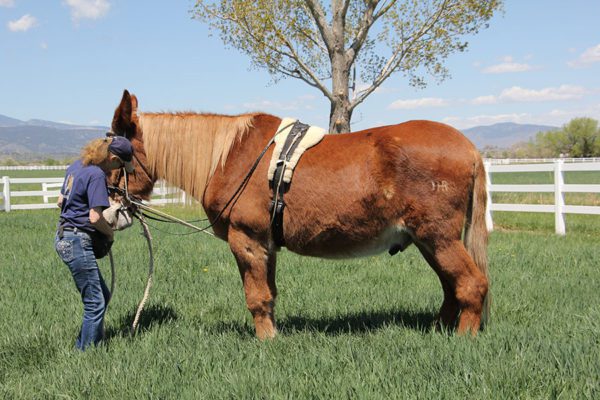 I guess the temptation was just too much for him, so I let him have a nibble! The reins tied up to the surcingle only allowed him to crop the ends off the tall grass. 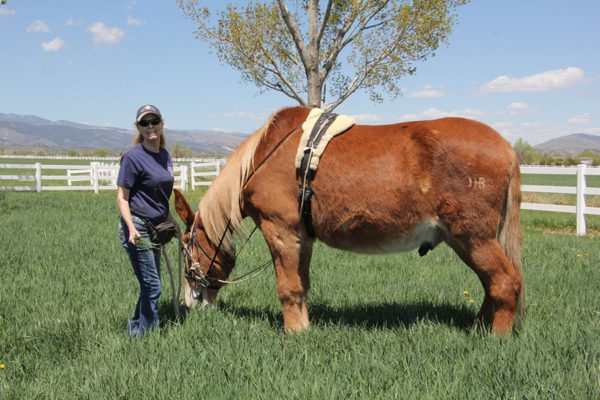 We then walked on a little farther, enjoying the sunshine, the beautiful Rocky Mountains in the background, and the warm weather. 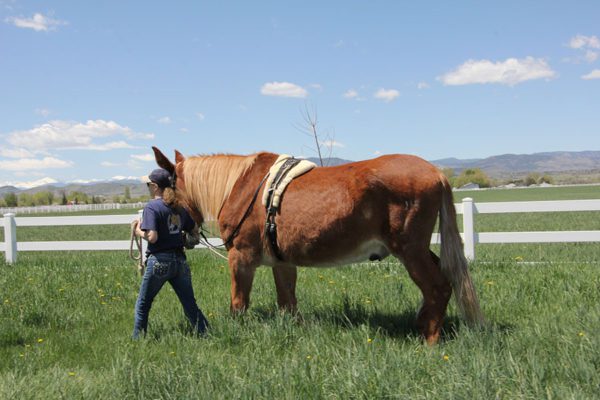 We stopped for another photo-op in the grass, but he did not stay squared up for the picture. He was still slightly distracted by the grass and apparently moved, but at least he wasn’t being pushy about it and smiled for the camera! 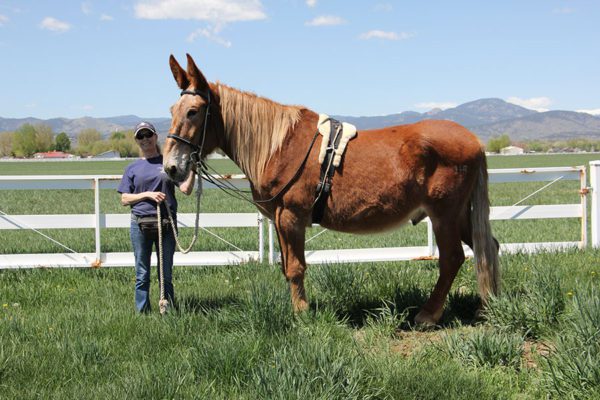 He really didn’t want to leave the grass, but he followed me nevertheless and squared up again on the road. At 18 hands, it’s a good thing he is as obedient as he is or he could have dragged me back into the grass! 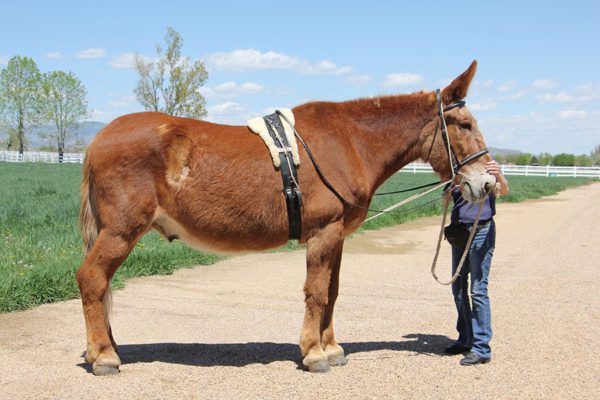 We stopped again to see the Mae Bea C.T. statue. Roll had to reach out and take a good look at her pretty face! 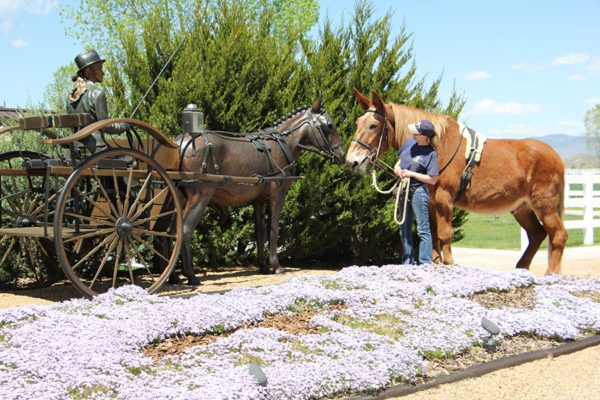 He did pretty well overall. The walk was just enough to tune up his core. It’s hard to believe that he has now been with me for 8 years considering he was a rescue and supposedly a lost cause when I got him. 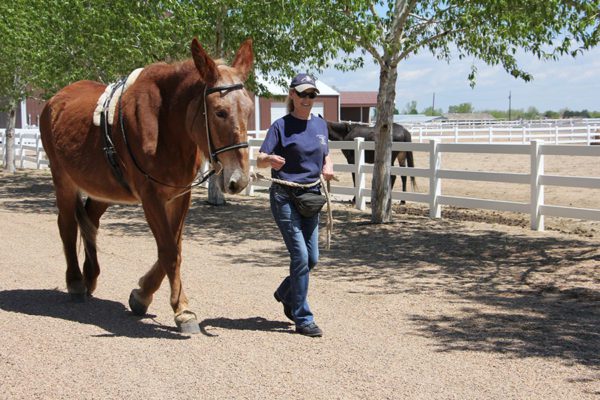 Roll is now 26 years old and I hope he still has many good years to come. It was a beautiful day and we both thoroughly enjoyed our walk together. Maybe next time, we’ll go for a ride! 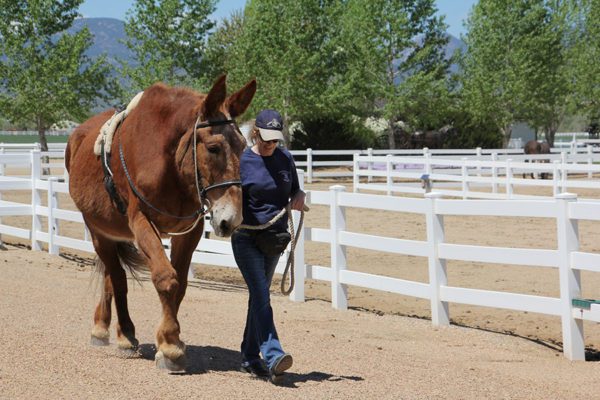