All Posts Tagged Tag: ‘Turn out’

We tore down the quarantine panels and made one big area for Wrangler’s and Chasity’s turnout. Today would be their first time together in an open area by themselves. Chasity spent two months in quarantine with a double fence between them, then two weeks with a single fence between them. For those two weeks, they were introduced to the round pen and lunged together with no problems. Wrangler has finally found his “LADY LOVE!” But, for the time being, Wrangler is more interested in this GREAT BIG NEW PEN! Chasity watches him with interest while he inspects every square inch of the area. 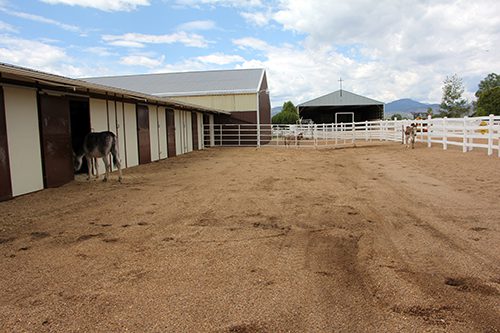 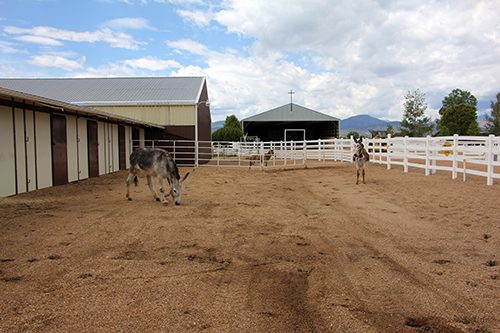 Wrangler suddenly bolts and runs with joy!!! Chasity goes to the corner and pretends she doesn’t notice  his exuberance and obvious male flirtation! 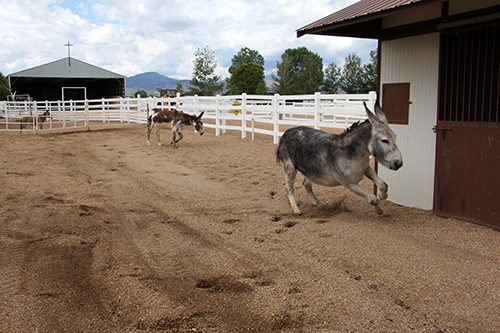 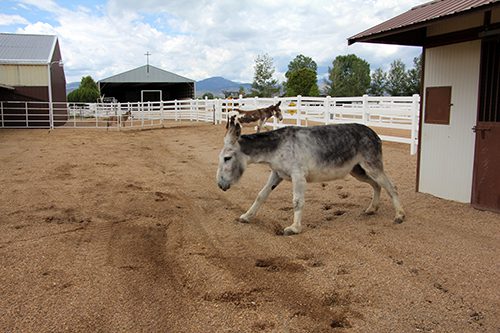 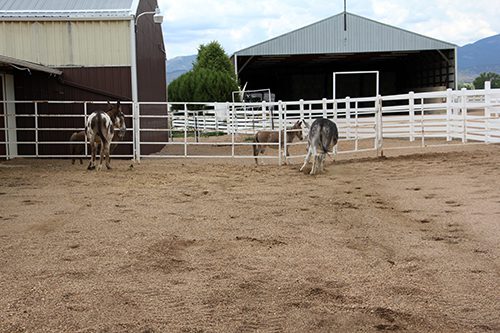 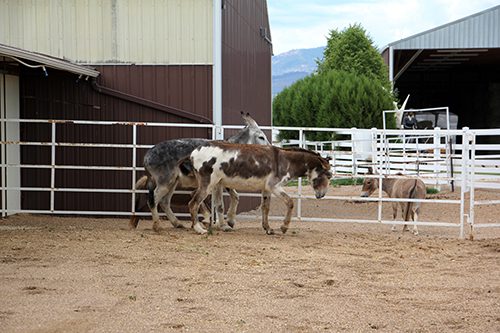 Chasity just moved down the fence line and Mirage followed her. Wrangler went after her and herded her to the other side of the pen where Chasity stopped and Wrangler patrolled the perimeter to keep her from returning to Mirage. Chasity is slightly incensed. 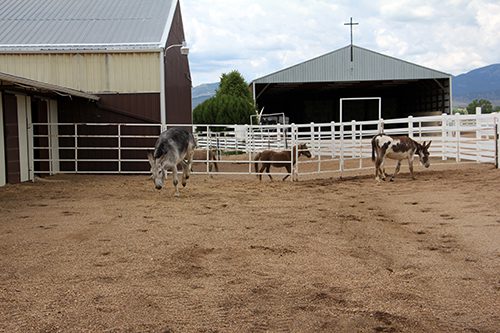 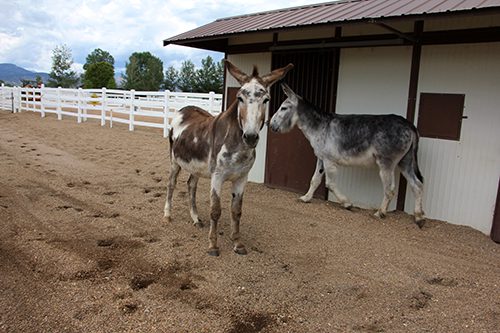 Wrangler made an approach and Chasity promptly chastised him and sent him to his corner. Then she trotted down to her corner and they pretended not to notice each other! 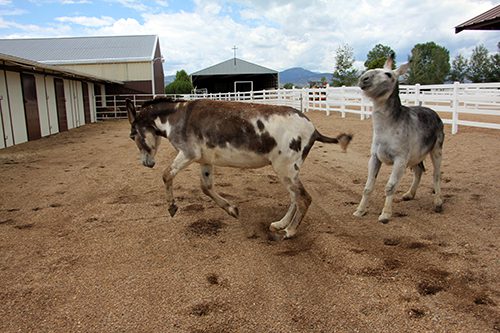 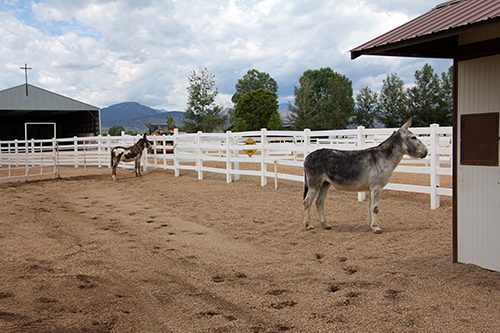 Chasity walked back up to Wrangler to try to make up and he galloped off in a huff! She then decided to play hard-to-get and returned to her corner where he promptly approached her again…this time, much more cautiously! 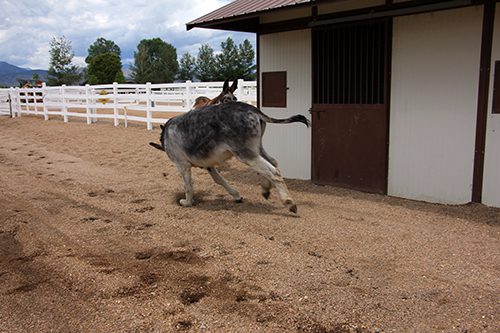 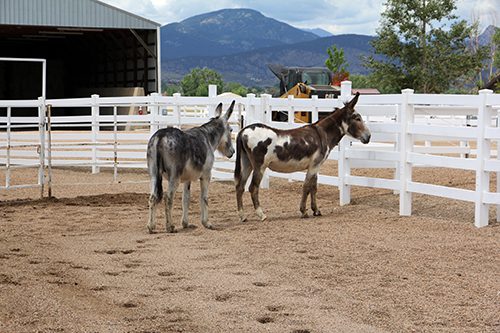 After they had stood still for a while, I called Chasity and Wrangler over for a reward of crimped oats. They came obediently and stood politely next to each other to receive their “goodies!” They then watched me leave with acute interest… “Well, aren’t you going to give us MORE?!!!” 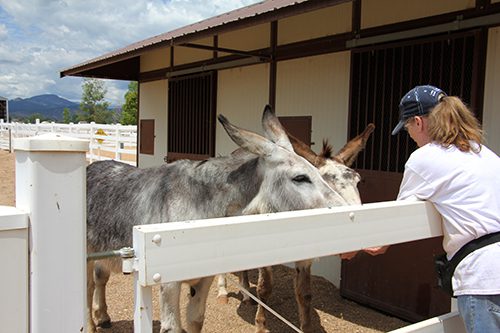 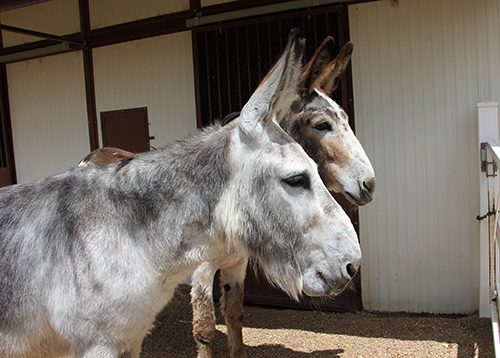 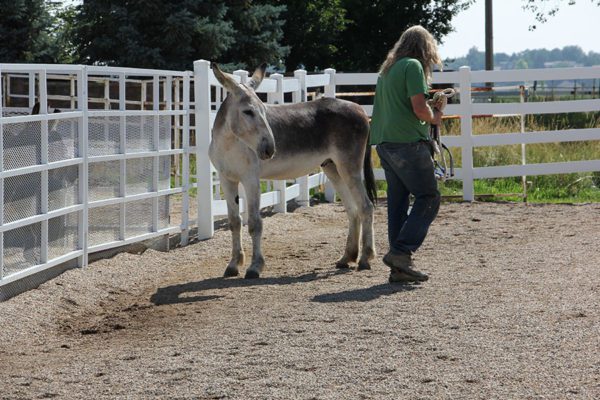 Okay, you’re on your own for a while 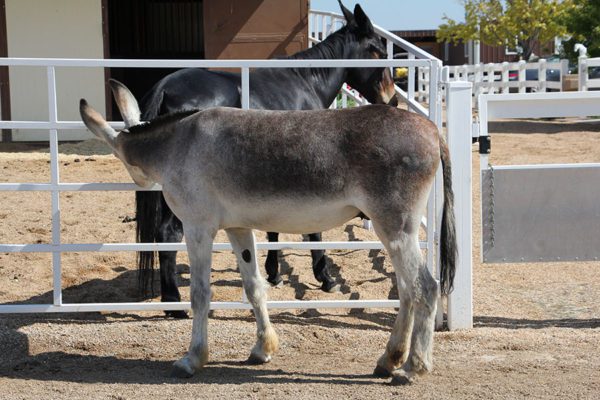 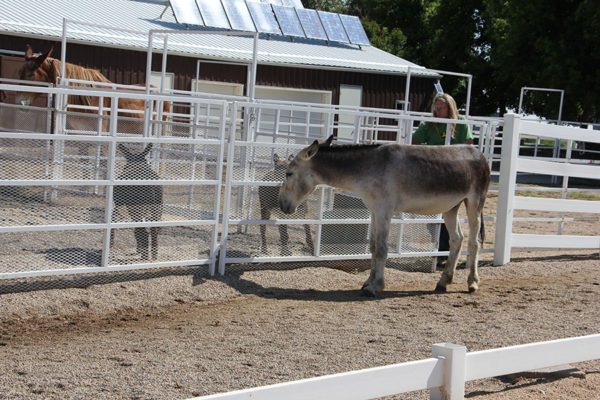 These guys look a bit familiar. 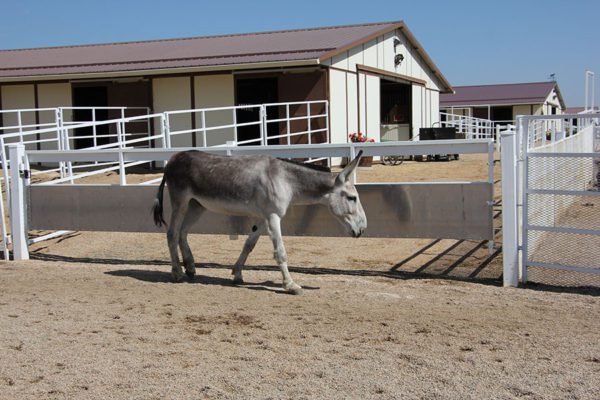 WOW! They even put in a mirror for me! 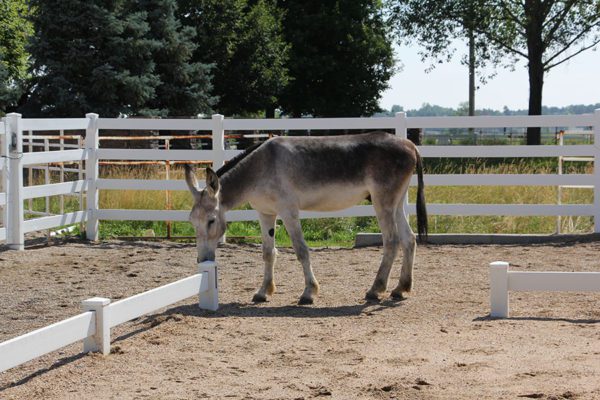 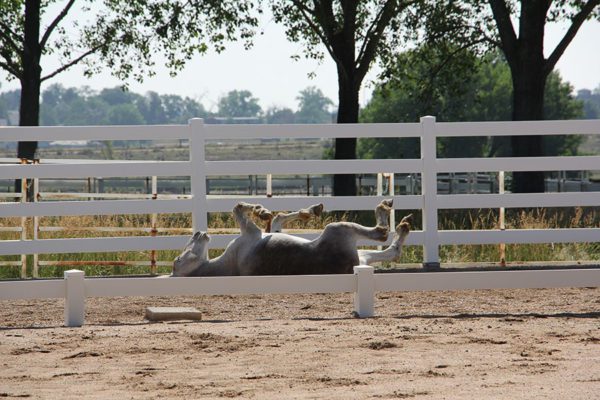 Perfect for a good roll! 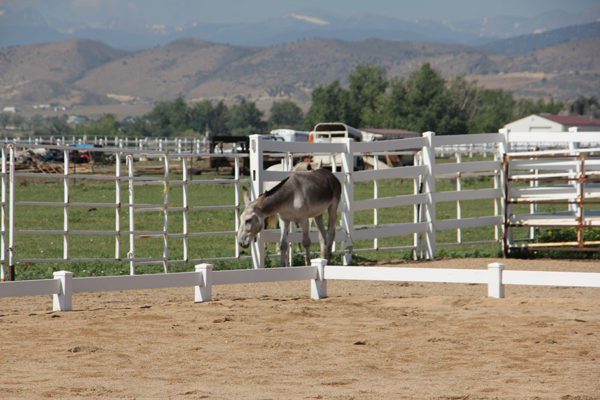 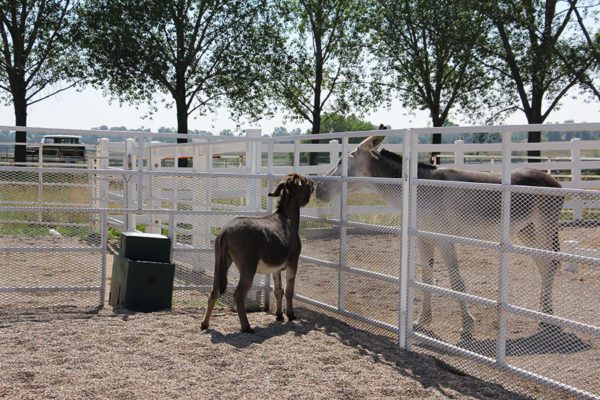 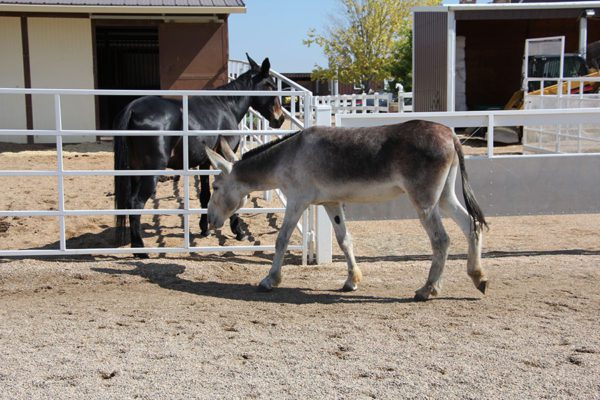 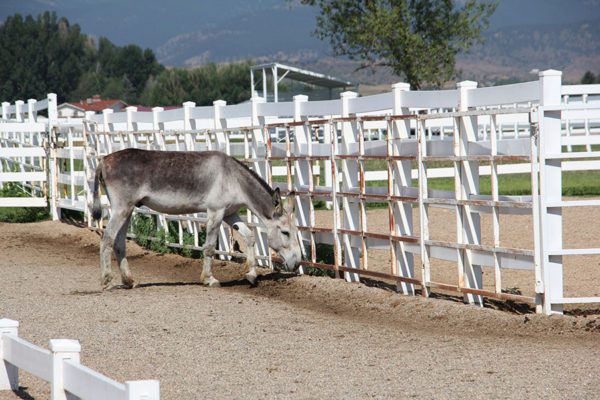 I see green, but I can’t reach it! 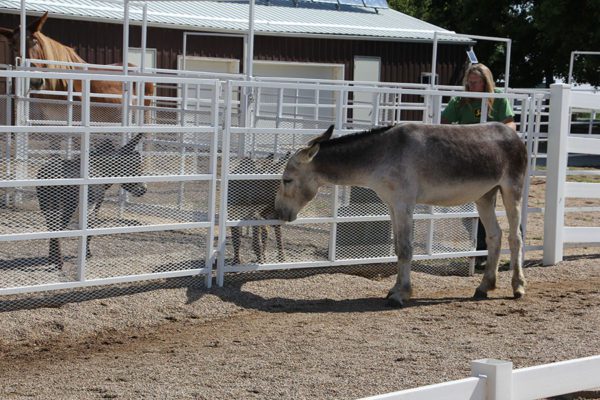 So you are MINI donkeys, eh? 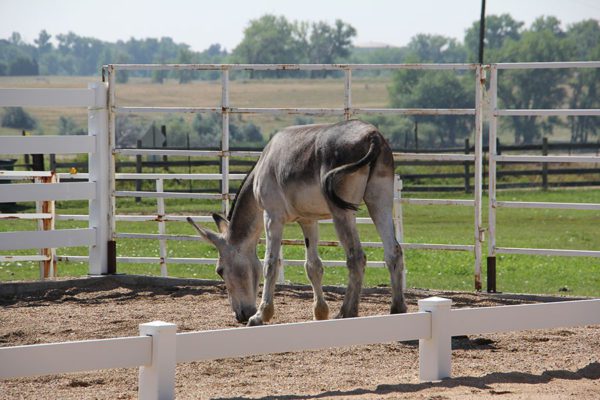 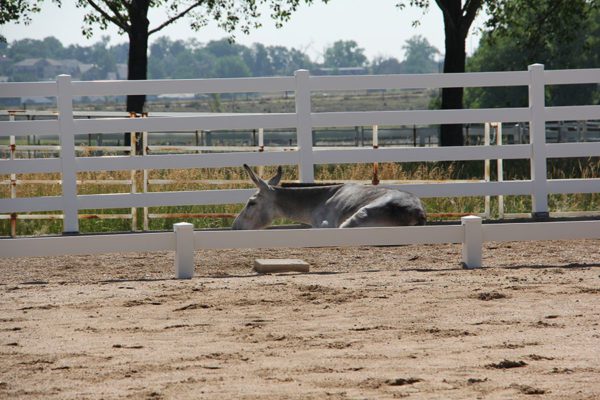 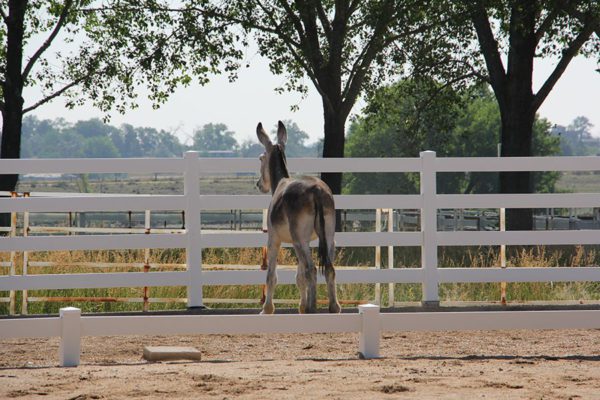 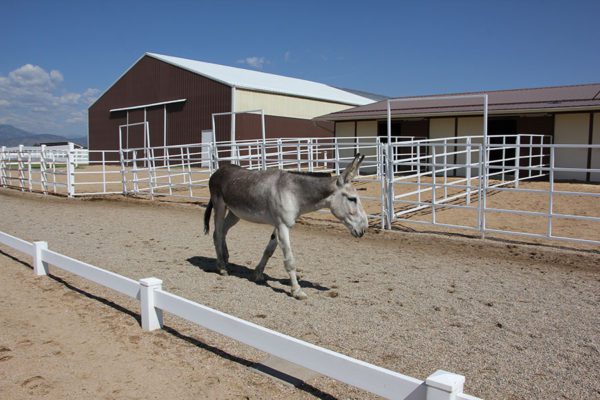 Where did everyone at the barn go? 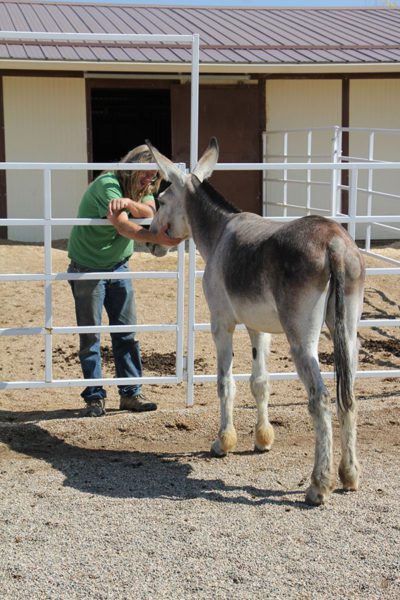 Time to go back to the barn.