Roll and I finally got some time to begin warm up exercises after a whole year off. I was pleasantly surprised to find him much stronger in his new posture than I thought he would be after so much time away from his exercises. All he did for the past year was regular maintenance, turnout, massages and farrier work. It seems that after three years of posture training prior to last year, it has become his normal way of moving and has sustained his good condition with only turnout for exercise. 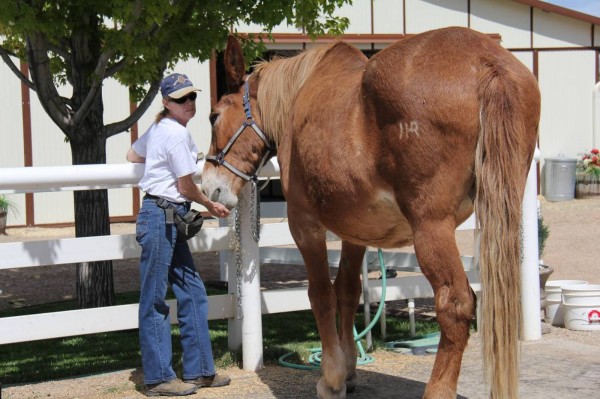 When I first took him from his pen, we went through his small pen gate and were met with the younger saddle mules along the fence line just outside his turnout pasture in the dressage arena. I dropped Roll’s lead rope and turned to give oats to the other mules. When I finished, I looked over my shoulder and Roll was walking through the pasture gate and onto the cement pad outside the gate about fifty feet away from me. I hollered for him to “whoa” at which point he finished exiting the gate and turned to face me on the other side just as if I were standing with him! He knows exactly where we go and likes being with me so much that he forgot about four-foot tall lush grass just off to the side of the pea gravel walkway to exit through the gate. Too bad I didn’t have the camera person with me at that point! I just laughed and caught up with him and we continued our walk to the wash rack! What a guy! 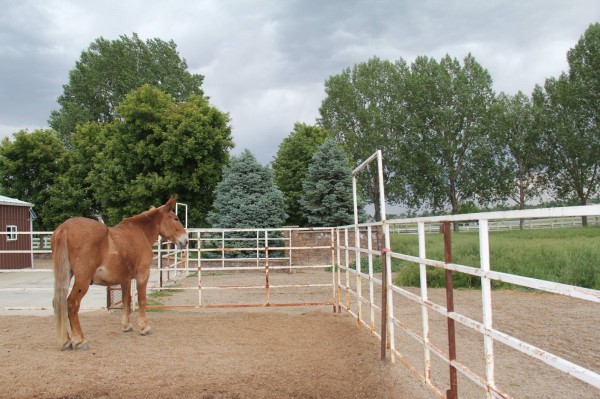 I groomed his body and then washed the winter dirt and baby oil out of his mane and tail. 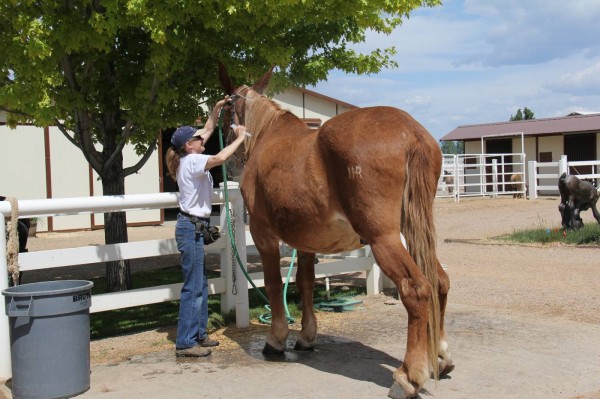 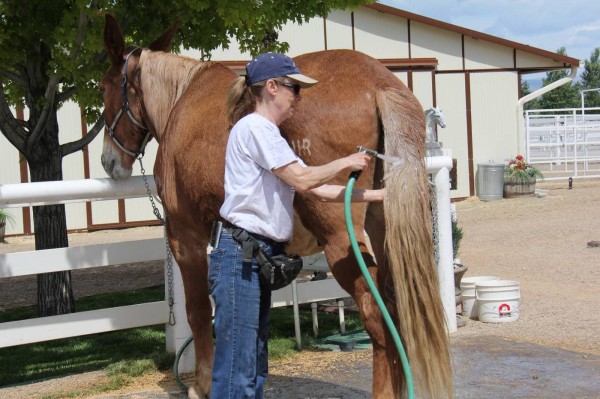 Then we squared up and went for a walk down road north of the house to the hayfield road. 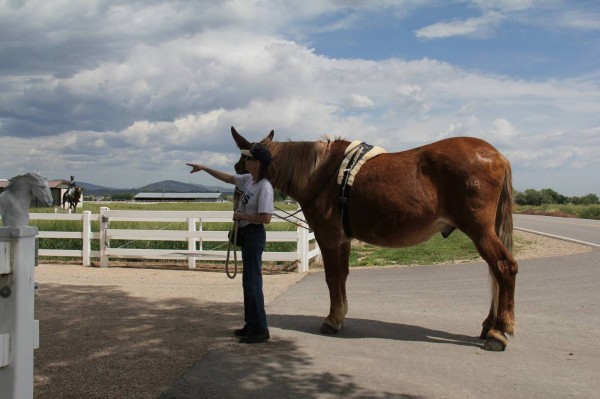 There was a fence between him and the tall grass in the turnout pens, but once we hit the hayfield, there was no fence between him and the tall grass in the hayfield. Even faced with the five-foot hayfield grass on his right all the way down the road, he was engaged and obedient. Being as big as he is, he could easily have launched me off my feet and into the hayfield! He still walked straight lines with energy and enthusiasm (He was always sluggish when we first started in 2010), stopped in balance and squared himself up easily and willingly. He is maintaining a strong top line and is alert and happy about everything he does. 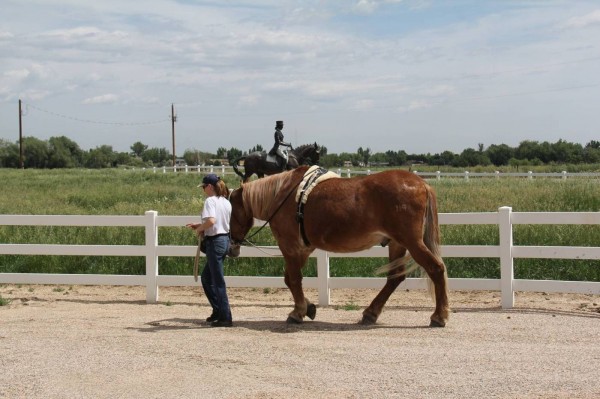 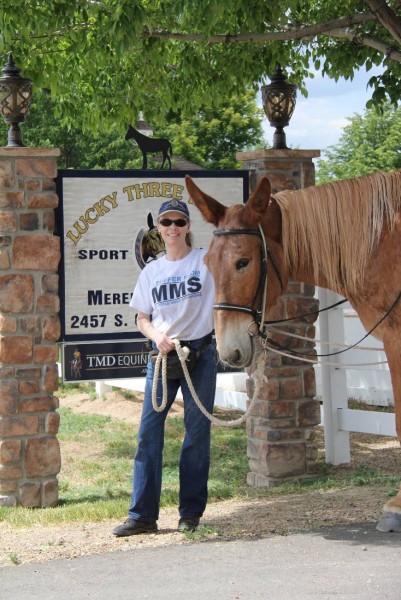