It was a beautiful spring day today, so I took advantage of the warm weather and washed the dirt and baby oil out of Roll’s mane and tail before our farrier, Dean Geesen began to work on him. 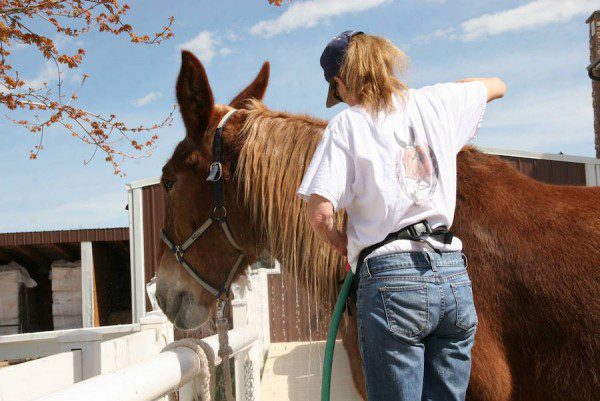 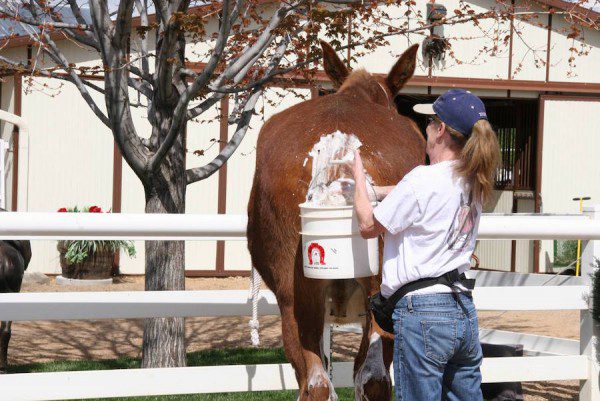 Then I went over his body with a regular hairbrush that pulls most of the loose underneath hair out. The hairbrush works better than any other shedding tool because it does not cut or damage the hair. We only use the shedding blades when the equines have mud on them and to scrape off excess water. He seemed to enjoy getting his mane and tail cleaned and his coat “aerated!” He sure looked amazing when I was done! 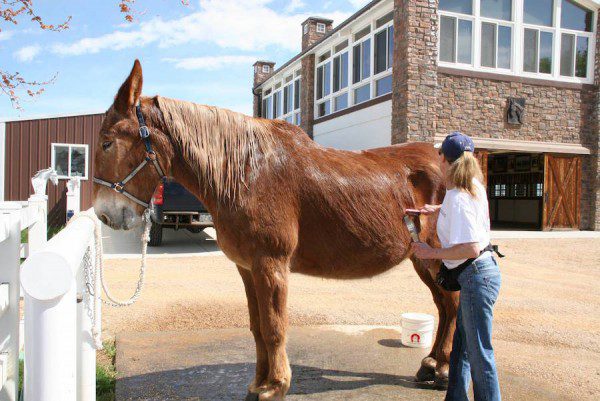 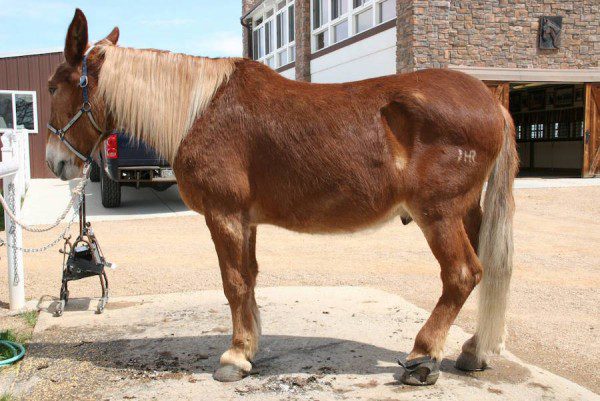 Then Dean took off the boot on his left hind so we could see how the White Line Disease was doing. He has grown substantially more hoof and is staying balanced on it with our efforts on his behalf. Dean noticed that Roll is now putting pressure on his heel and a bit of pressure on the medial side of the hoof and on the toe. 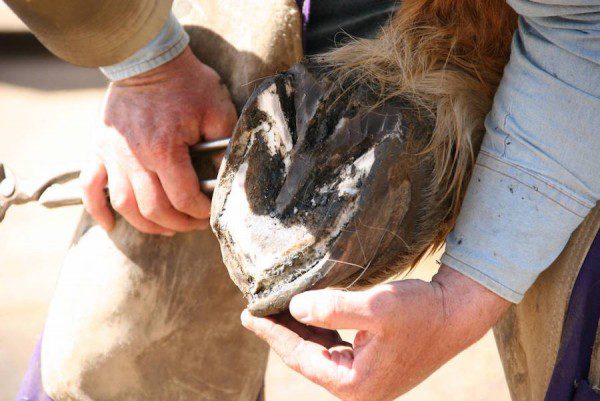 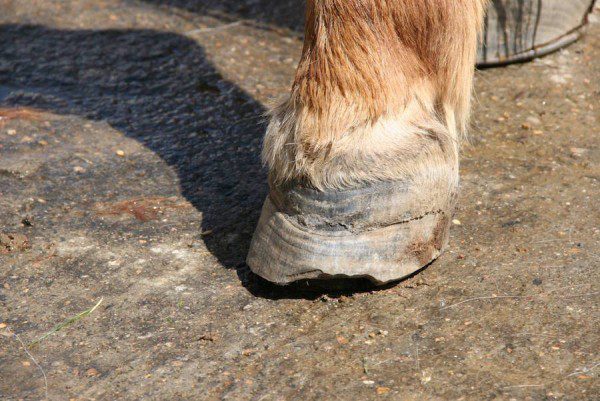 The boot, although taken off twice a day and dried out, appeared to be holding in more moisture than it was before, so Dean suggested that we let him go without the boot and see how he does. We thought he might stay drier now that the weather has been sunnier and drier overall. We are still getting intermittent rainstorms, but Roll prefers to stand inside his stall in the sawdust, so it may be that he can go without his boot…at least for a while. 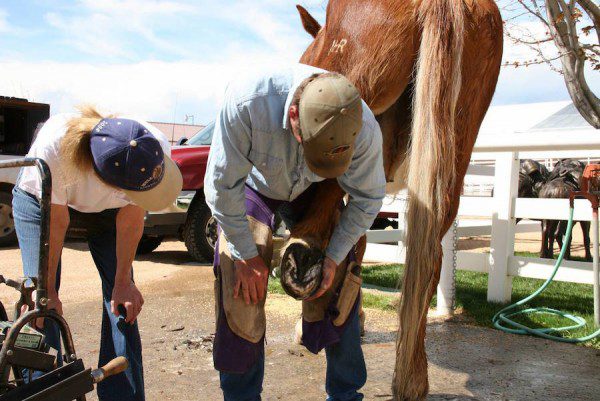 We did see a drop of blood on his sole and his sole was responsive to the hoof tester, so that confirmed for us that there is still circulation in the hoof…a really good thing! We were wondering about that. 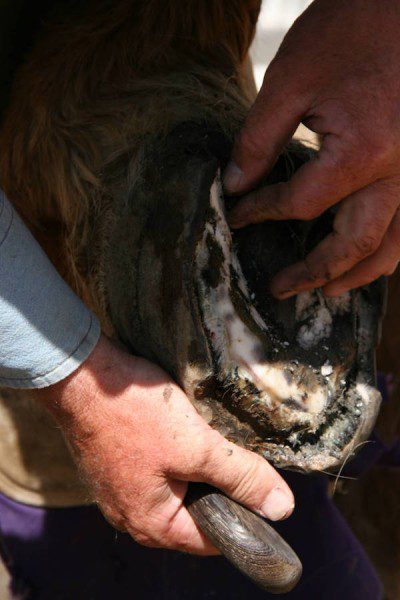 We did have to put the boot on his left hind while Dean worked on his right hind because now that he was “feeling” the sole, it was too much for him to bear all his weight on that hoof alone. We took off the boot afterwards, before we put him away. 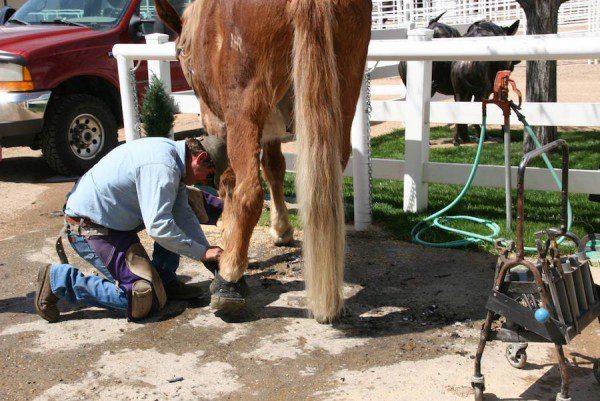 Dean had reset the right hind foot with the borium shoe to keep him from slipping and putting undue weight on his bad foot. That also seems to be working very well to keep his weight evenly distributed over all four feet. 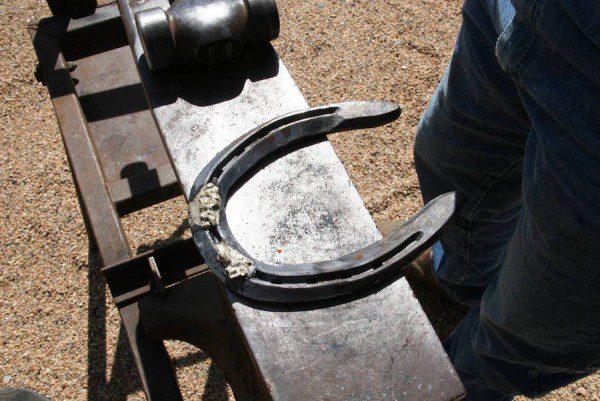 Brandy and Jubilee were curious about what was going on with Roll and the farrier as they passed by on the way to their lessons. 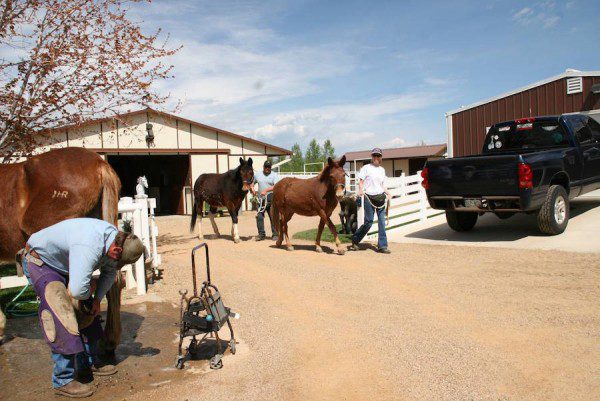 All in all, staying flexible and attentive to his needs and all your prayers are helping Roll to get through all this quite nicely. I can only hope this good fortune continues for Roll’s sake!! 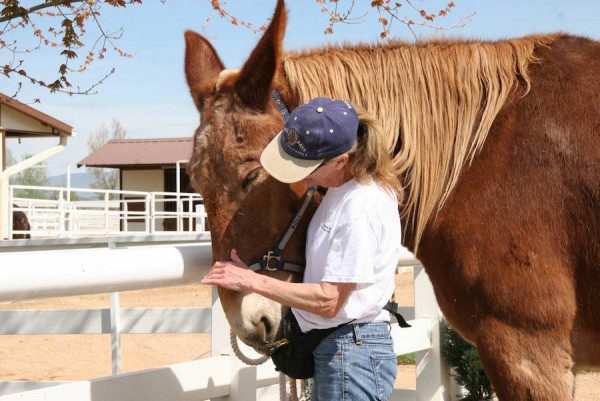