How You Can Help Stop Horses, Camels and Other Animals Suffering On Your Holidays

The following is an article from Wander Lust. 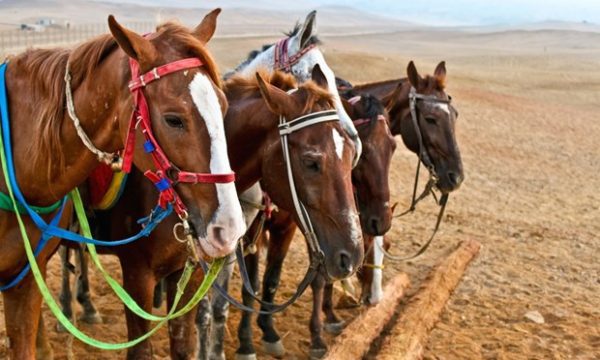 “You don’t have to be very bright to see if an animal looks like it’s on Death Row,” says Jeremy Hulme, Chief Executive of animal welfare charity SPANA. “If you’re looking at a horse or mule, and it’s head is down, it’s looking thin and its bones are sticking out, it’s obviously not right. If it’s limping, you know it’s got problems.” 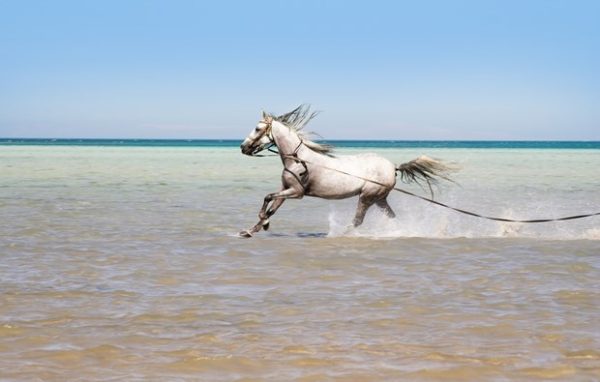 Most savvy travelers are now clued up on how animal experiences, from elephant rides to tiger temples, might be harmful to animals. Less attention is paid, though, to horses, donkeys, mules and camels put to work in the tourism industry, which is why SPANA has launched a Holiday Hooves campaign.

Thousands of animals are used in travel experiences, from camel rides and horse-drawn carriages to mules carrying gear on expeditions. The animals are often essential to their owners’ livelihoods, but in some cases are cruelly treated, neglected or kept in poor conditions.

“We have no problem with animals working, as long as they are 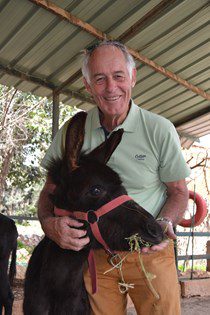 looked after well,” says Hulme (pictured, right). “They need to be well fed, well looked after and not cruelly treated.”

Horse trekking is just one popular activity where travelers should look out for the state the animals are in. “If someone knows about horses, they can tell from a distance if the animals look good or not. That’s the critical thing.

“You should only use an animal that looks well fed, healthy, fit and happy. You can often tell by the way it looks at you, whether its ears are sharp, whether its coat is shiny, or whether it looks dull, lethargic, thin and bony. You don’t have to be a vet to know whether an animal looks good or not.”

“Maybe you turn up to a group tour and there are nine horses that look fine and one that doesn’t look well,” Hulme continues. “I know people don’t like to be confrontational, but they should have the confidence to say to their tour guide, “Hey, that horse doesn’t look fit enough to be ridden.”

Hulme also suggests checking out the state of the stables and gear, if possible. “Those things will reflect on the state of the animal itself. It will still be dirty if it’s been lying down in feces at night, or soaking wet if it’s been out in the rain all night. You’ll be able to see that, and you’ll be able to see the quality of the gear, whether the saddle is falling to pieces or the harness is held together with a piece of wire.”

SPANA operate currently in nine countries, including Morocco, Ethiopia, Zimbabwe and Jordan, providing free veterinary treatment to working animals, as well as running education, training, outreach projects and emergency treatment in other parts of the world.

It’s not just horses SPANA look out for. “In Petra in Jordan, for example, there are boys that run donkey rides. Some might be fine, but we should be intelligent enough to say: “No, that’s not right for big adults to sit on a little donkey.” We need to have a bit of common sense.”

Travelers should also check out the condition of any camels they plan to ride on, Hulme suggests. “I personally love camels, but they need to be looked after like any other animal.”

How do you tell if a camel, famous for looking grumpy, is ‘happy’? “Perhaps you wouldn’t be able to tell if it’s happy or not. But you can see if they are thin, or their humps have disappeared and their ribs are sticking out. The same common sense rules apply. People can see if it can hardly stand.”

On hiking trips and trekking expeditions, horses, mules and other animals are often loaded – or overloaded – with food supplies and travelers’ luggage. At what point does that become a problem?

“Have a look at the animal’s back and sides before they put the stuff on,” Hulme suggests. “You will see if the harness is bad and has been rubbing. Some animals have open wounds, so it’s an easy thing to check. Then check the general condition. You can see whether it’s a really thin animal, or if it looks well fed and strong. That’s important. And when it’s got the stuff loaded on, you can see if they’re hugely overloaded or not.

“Mules are strong and noble creatures. I’m really fond of them. They can happily carry the weight of a man. If it’s carrying a couple of backpacks, I’m sure they would cope well. But if they’re trying to carry half a ton of cement, that’s different. You can look at how readily they carry the weight. Does the owner keep beating it to make it move? Is it limping? If it is, say something to the owner or your guide.”

According to a SPANA survey, 28 per cent of British adults who’ve been on holiday abroad have taken part in animal activities like camel rides or horse-drawn carriage trips, where they’ve been concerned for the welfare of the animals involved.

SPANA’s produced a Holiday Hooves guide to help people choose responsible animal tour providers and to advise people on what to do if they see animals being mistreated abroad, the campaign backed by Simon Reeve.

“Traveling around the developing world, I’ve seen for myself how families rely on working animals for their livelihoods,” says Reeve. “But a life of work shouldn’t mean a life of suffering. These animals work hard and they deserve to be treated with respect and compassion.”

The Holiday Hooves campaign, says Reeve, “is about helping holiday-makers to make informed choices, recognize healthy animals and know what to do if they see mistreatment. It’s also about encouraging tour operators, animal owners and governments around the world to take the issue seriously and – with the public’s support – sending a message that only the highest standards of animal health and welfare are acceptable.”

SPANA’S survey also found that over one in five British adults have seen animals being mistreated when on holiday, but over three quarters of them made no attempt to report the incident.

In the countries where they work, Hulme suggests contacting SPANA if they see signs of mistreatment or neglect. Elsewhere, he suggests using positive pressure, that travelers should praise, use, promote and re-use companies they felt treated animals well, and report negative experiences to local tour operators and hotels, so they don’t use the bad companies.

Horse trekking in the desert (Dreamstime)

Above all, Hulme says, it’s about travelers being aware and using common sense. People shouldn’t be put off or stop taking part in thee kind of experiences, Hulme argues. “We need to realize that a lot of these animals are working in countries, like Egypt, where there’s been a drop in tourism and there’s less money. People there absolutely depend on these animals to make a living. We are absolutely not saying, “Don’t use these animals”. We’re just saying, “Use common sense and use a good company.”