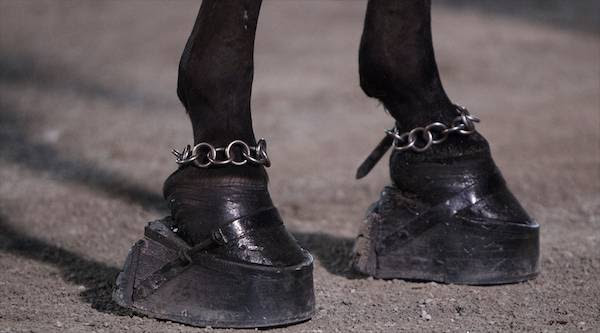 Horse Council (AHC) for the last several years.  The focus of these efforts for several years has been passage of the Prevent All Soring Tactics Act or PAST Act in Congress. Additionally, last year the U.S. Department of Agriculture’s (USDA) also began promulgating new regulations governing enforcement of the Horse Protection Act (HPA), intended to strength regulations against soring.  President Trump’s government-wide freeze on all new federal regulations pending review has put an indefinite hold on these new HPA regulations.  Now many in the horse industry are wondering what is status of these efforts to eliminate soring.

In January of 2017, USDA announced and released a final HPA rule.  The AHC believed the final rule would have improved enforcement of the HPA as well as made sure other segments of horse show industry were not unintentionally impacted or burdened by the regulation.  However, the final rule was not published in the Federal Register before President Trump issued an order to all federal agencies to withdrawal all regulations that had not yet been published pending review.

“There is no timeline for review of the rule and the new administration could decide to issue a final rule at any time or withdrawal the rule completely.  If and when Secretary of Agriculture Nomine Sonny Perdue is confirmed the AHC will be asking him to publish and the final rule,” said Ben Pendergrass AHC, Sr. VP of Policy and Legislative Affairs.

“We do not know yet if the Trump administration will be willing to implement this final rule so it continues to be important for the industry to support the PAST Act, which was recently re-introduced,” continued Pendergrass.

On March 30, 2017, Representatives Ted Yoho (R-FL) and Kurt Schrader (D-OR) re-introduced the PAST Act (HR 1847) in the House of Representatives.  The bill is identical to the bill introduced last Congress and continues to be supported by the AHC and most national horse show organizations.

“I am honored to join my fellow veterinarian, Rep. Kurt Schrader, a bipartisan list of members, and organizations who support the end of Horse Soring. As a veterinarian and lover of animals, we must continue to keep pressure on a select group of bad actors in the Walking Horse industry. They must comply with existing law and stop this illegal practice for good,” said Rep. Yoho on re-introducing the bill.

“Horse soring still runs rampant even though laws have been on the books for decades banning this cruel practice,” said Rep. Schrader. “We gave them a chance to self-police but the practice continued. Our bill will strengthen and improve current regulations by improving USDA enforcement, increasing civil and criminal penalties, and banning incentives to sore horses. It’s time for Congress to act and put an end to this abusive practice.”

The PAST act would amend the HPA to prohibit a Tennessee Walking Horse, a Racking Horse, or a Spotted Saddle Horse from being shown, exhibited, or auctioned with an “action device,” or “a weighted shoe, pad, wedge, hoof band or other device or material” if it is constructed to artificially alter the gait of the horse and is not strictly protective or therapeutic.

The legislation would also increase fines and penalties for violations, including the potential for a lifetime ban for repeat offenders and create a new licensing process for horse show inspectors, eliminating the current often criticized designated qualified persons (DQPs) program.

“There continues to be strong challenges to passage of the PAST Act or implementation of the new HPA regulations, but the AHC will continue working until soring is eliminated,” said Broadway.  “The AHC urges all members of the horse industry to contact their Representative and Senators to ask them to support the PAST Act and the HPA rule.”