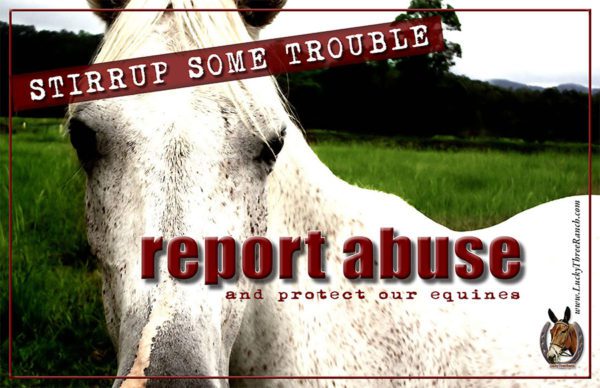 The following is from the American Wild Horse Campaign: You voted, so here it is (!!)  Introducing our OFFICIAL 2022 American Wild Horse Campaign Member Card: We have so much in store for 2022. Not only are we continuing our fight on the Hill, in courts, and in the field — we’re also working on a number of groundbreaking new initiatives — all in the name of keeping wild horses and burros in the wild where they belong. Will you renew your support as an AWHC member to help fuel our fight for wild horses and burros in 2022? We’re laser-focused on the fight to preserve the freedom of our wild mustangs and burros. That means in 2022, we are ... proving through our PZP program on Nevada’s Virginia Range that humane in the wild management works ... expanding our investigative team to uncover abuse and hold the Bureau of Land Management (BLM) accountable ... continuing our lawsuit against the BLM’s Adoption Incentive Program that’s sending horses and burros to slaughter ... working with a prestigious university to make roundup violations enforceable by law ... and so much more!! But to have the means necessary to protect our cherished wild horses and burros for generations to come, we need your help. Will you renew your support as an AWHC member today to help fuel our fight in 2022? RENEW YOUR 2022 SUPPORT Thank you for your support of our wild herds. — American Wild Horse Campaign ...
Read More
January 15, 2022 / American Wild Horse Campaign, BLM, Nevada’s Virginia Range, PZP program, wild burros, Wild Horse and Burro 2022, wild horses

How we’re protecting wild horses and burros in 2022 >>

The following is from the American Wild Horse Campaign: The new year is upon us, and so is the Bureau of Land Management’s (BLM) proposed roundup plan for the 2022 calendar year. Over the next 12 months, the BLM intends to round up 22,000 wild horses and burros — permanently removing 19,000 of these animals from their homes on our public lands. This is Year 2 of the BLM's plan remove 20,000 horses per year for the next five years, and it presents a real threat to the survival of America’s wild herds. But it's not the end of their story. Far from it. Because the worse the BLM treats our cherished wild mustangs, the more support we get from Congress and the American public to change the current costly and cruel wild horse and burro management program. Our team enters 2022 prepared for the many battles ahead — in court, on the Hill, and in the field — to protect wild horses and burros and keep them in the wild where they belong. Today, I wanted to share with you some of our biggest plans for 2022. This year, we intend to:  Meredith: We have big plans for 2022! We’re using every resource at our disposal to continue our fight on behalf of ...
Read More
January 14, 2022 / American Wild Horse Campaign, BLM, equine welfare, equines, wild burros, Wild Horse and Burro 2022, wild horses

Time is running out! Cast your vote for our 2022 Member Card now >>

The following is from the American Wild Horse Campaign: Hi, it's Suzanne. By now you may have seen the news about the Bureau of Land Management’s (BLM) announcement of its intent to round up at least 22,000 wild horses and burros from national public lands this year and permanently remove 19,000 of them from their homes on the range.  These formerly free-roaming animals will join the 58,000 other wild horses and burros confined in off-range government holding facilities, putting 2022 on track to become the year that the United States of America holds more wild mustangs – our national symbols of freedom – in captivity than remain free in the wild.   It’s part of the BLM’s plan to reduce wild horse populations to just 17,000 - 27,000 animals on 27 million acres of land. That’s fewer animals than were left in the West in 1971 when Congress passed a law to protect them because they were “fast disappearing.” This is wrong on so many levels – it counters the recommendations of the National Academy of Sciences, is fiscally reckless and unconscionably inhumane.  The BLM claims these devastating roundups are necessary to protect the environment. But wild horses and burros are present on just 12% of the land that the BLM manages, and they are greatly outnumbered by commercial livestock — a major cause of land degradation and a contributor to climate change. Spending hundreds of millions of dollars to round up and warehouse wild horses in captivity actually harms the environment by diverting funds away from actual programs to address land health, habitat restoration, and climate change.  I understand if you are angry at this injustice. I know I am. But I don’t want you to despair or give up. I’m not, because I see the real progress we’ve made together in the last year alone:   We worked with Congress to direct one-third of the funding earmarked for roundups to the implementation of humane fertility control instead.  We combatted roundups in the Sand Wash Basin (Colorado) and Onaqui (Utah) Herd Management Areas (HMAs) — and thanks to public outcry and the support of political leaders like Governor Jared Polis, we succeeded in keeping more horses in the wild than originally intended. We also got the commitment of the BLM in both states to work to make these the last helicopter roundups that ever occur in the HMAs by ensuring the PZP ...
Read More
January 9, 2022 / American Wild Horse Campaign, equine welfare, Equine Welfare News, equines, Sand Wash Basin, wild burros, Wild Horse and Burro 2022, wild horses