Romulus and Remus, A Big Pair of Asses…

(Equus africanus asinus, to be exact!)

This is a special entry by Phil Yellott, owner of Romulus, who has been certified by the Guinness Book of World Records as the World’s Largest Donkey. 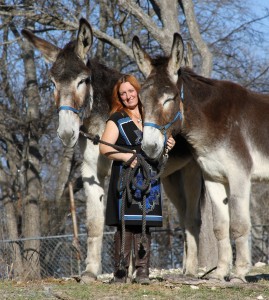 Cara and I wanted to get a couple of donkeys for guard animals. We saw a couple of mammoth donkeys on Craigslist, who were very skinny and underfed. We contacted the owner, and were able to negotiate a price so we could get them. We named them Romulus and Remus after the legendary founders of the Roman empire. Romulus is 9 years old, and his little brother Remus is 7.

The two brothers are very close, most of the time it is like having one donkey with eight feet! We love them very much. We have been working very hard to get them healthy. We contacted the American Donkey and Mule Society (ADMS) about whether they were registered, and were told that if they were as tall as we thought, that they might be a candidate for the world’s tallest donkey. After researching the record, we saw that Oklahoma Sam was 15.3, and it seemed like Romulus was a good bit taller than that. 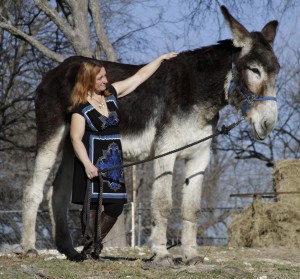 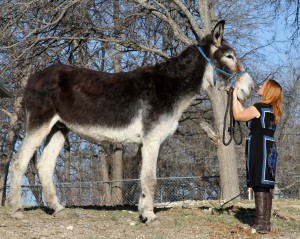 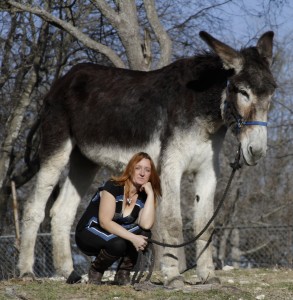