Lucky Three Ranch From Above

A lot has changed at Lucky Three Ranch since 1980—and sometimes the only way to see all that progress is from the sky! Luckily, aerial photographer Ryan Hofmeister, of Heaven’s View Photography in Sterling, Colorado, has had his camera focused on the ranch since the very beginning, and has captured some truly amazing images from the air throughout that time. 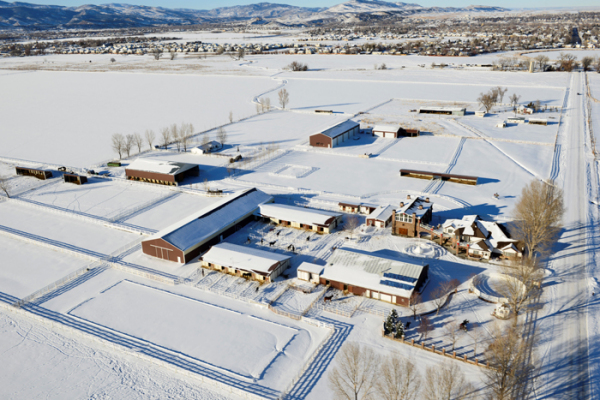 Ryan first met Meredith shortly after she moved in to Lucky Three Ranch. He had captured an image of the young ranch on one of his routine fly-bys, and stopped by to inquire if she wanted the photo. She did, and that image became the cover of Lucky Three Ranch’s first Christmas card. Unfortunately, Ryan didn’t print Meredith’s name on the cards that first year, and she had to sign all 300 cards individually by hand. “I never made that mistake again!” he joked. 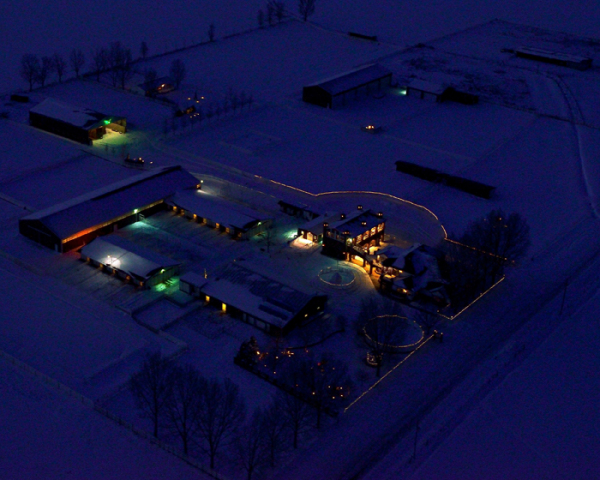 For his most recent shoot, Ryan also included a rare bonus: nighttime shots of the ranch. All photographers know how challenging it can be to capture images in low light, as even the slightest shake of the elbow can cause a blurry image—trying to do the same from the air requires a special technique. “It can be done with a tripod,” Ryan says, “but that doesn’t do much good when you’re moving 100 miles per hour through the air.” Ryan flies with another pilot, and they position the aircraft in a way that the plane is almost suspended in motion as Ryan holds his breath and takes the photo, trying to keep as still as possible. Ryan takes each and every photo himself on a handheld camera, including manually focusing it for each shot.

This photo session took around three hours to complete, progressing from day to night, and resulted in more than 600 photos on Ryan’s trusty Nikon. By the end of the session, they were flying in complete darkness, but the day certainly resulted in some incredible photos.