The names Lucky Three Ranch and Meredith Hodges are synonymous with excellence. For Meredith, it’s been a long and rewarding road developing Lucky Three as a haven for the promotion and preservation of mules and donkeys, the home of her world champion longears, a center of education for the public and the birthplace of her groundbreaking training philosophy. 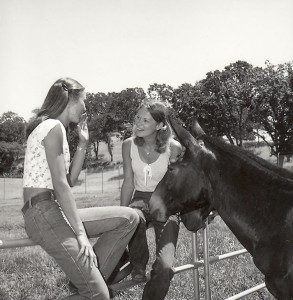 Born in 1950 in Minneapolis, Minnesota, Meredith Hodges was raised in a family dedicated to both artistic expression and a profound love of equines. As the child of Peanuts creator, Charles Schulz (then a struggling artist), and Joyce Doty (a future mule breeder), Meredith’s early life was marked by a growing awareness of how connected she was to equines. As a child, she grew up riding horses, primarily Arabians. As a young adult, Meredith worked on her mother’s 1000-acre famed Windy Valley Ranch, where she discovered the animals that would forever change her life. Facing the challenge of training mules, with the common assumptions that they are stubborn, unpredictable and dangerous, Meredith quickly realized that the mules and donkeys were nothing like the stereotype, but, rather, intelligent, curious and sensitive. 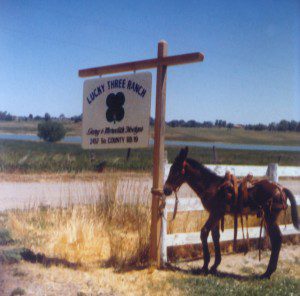 In 1980, Meredith and her young family, some horses and the last mule and donkey born at Windy Valley made the move to Loveland, Colorado, and began the arduous task of transforming a 10-acre ramshackle former sheep farm into Lucky Three Ranch. With a mountain of faith and will power, plus a lot of hard work, a real home and ranch took shape.

At the same time, Meredith was training horses and breeding a line of mules exceptional in quality and athletic ability. Learning from her growing herd of mules, she began developing a training program that focused on respect, athletic conditioning and positive reinforcement. She also made the rather unusual decision to fully document the training in her award-winning DVD series, Training Mules and Donkeys: A Logical Approach to Longears. She followed with a long-running television series of the same name that aired on RFD-TV, the Discovery Channel and the Outdoor Network.

As an animal advocate, she has always understood the urgency and necessity of preserving the mule for future generations to come, and she has voiced her opinion in no uncertain terms. Appealing to committees, legislatures and the general public, Meredith has fought for and continues to champion fair treatment for mules and donkeys worldwide.