Excerpted from an article by Bob Ehalt on ESPN.com

Much of the focus lately at New York racetracks has involved the health and well-being of the horses that sustain the sport.

Yet for all of the attention centered on what’s been happening five racing days a week at Aqueduct, there’s also concern about the future of the industry’s equine athletes, something that can arrive rather quickly for a horse that might peak at the rather youthful age of three or four.

Together they formed and funded TAKE2, a jobs program of sorts for Thoroughbreds, which intends to open doors so that racehorses can become show jumpers once their days of springing from a starting gate come to an end.

Read more about this story here.

Excerpted from an article by the Associated Press.

LUBBOCK — The Texas wildlife agency said Tuesday it is suspending a policy that allows the killing of burros in a state park along the Mexican border after the Humane Society of the United States offered to devise a nonlethal plan to remove the destructive animals.

The Texas Parks and Wildlife Department will contribute up to $10,000 toward a humane society aerial survey of the wild donkeys at Big Bend Ranch State Park this spring to establish baseline data, agency executive director Carter Smith said.

“We believe this could be valuable information to assess the problem with burros around the park,” Smith said. “We still have a long way to go to see if a viable, long-term plan can be developed.”

Officials estimate that only about 300 burros live in the 316,000-acre park on the Texas side of the Rio Grande, he said. Park rangers have killed 130 there since 2007, although not during the peak October-to-April tourist season.

“We are happy to work with the department and are pleased that they have halted lethal control of the burros while discussions are under way,” Texas humane society director Nicole Paquette said.

Read the rest of the story here.

Excerpted from The Hollywood Reporter.

HBO has ended its series Luck in the wake of three deaths of horses during filming.

Here’s the statement from HBO:

“It is with heartbreak that executive producers David Milch and Michael Mann together with HBO have decided to cease all future production on the series LUCK.

“Safety is always of paramount concern. We maintained the highest safety standards throughout production, higher in fact than any protocols existing in horseracing anywhere with many fewer incidents than occur in racing or than befall horses normally in barns at night or pastures. While we maintained the highest safety standards possible, accidents unfortunately happen, and it is impossible to guarantee they won’t in the future. Accordingly, we have reached this difficult decision.

“We are immensely proud of this series, the writing, the acting, the filmmaking, the celebration of the culture of horses and everyone involved in its creation.” 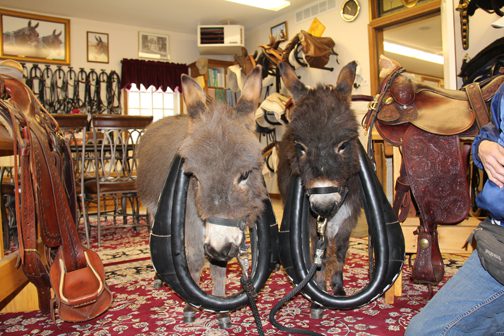 Remember last month when Spuds and Augie tried on the smallest harness we had—and it was still a bit too big for them? Well, lucky for these little guys, their new harnesses have now arrived! Check out the adorable photos below, as they get the first fitting of their new gear… 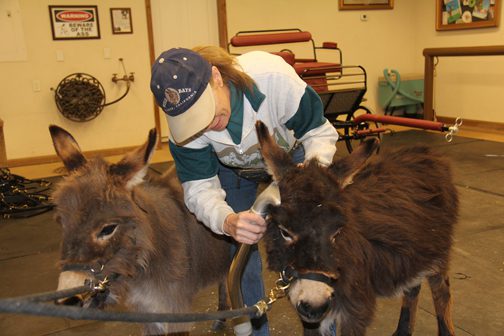 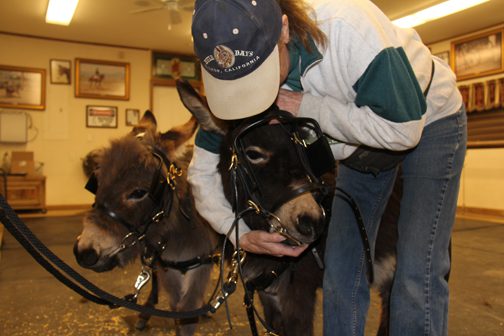 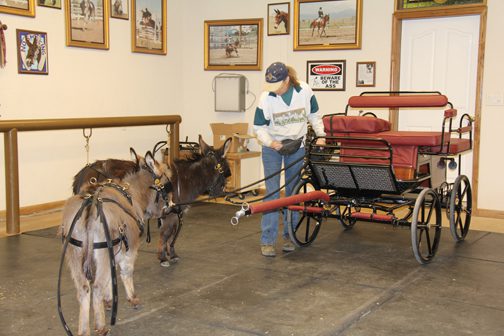 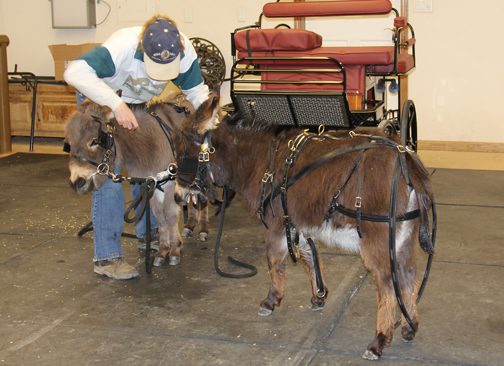 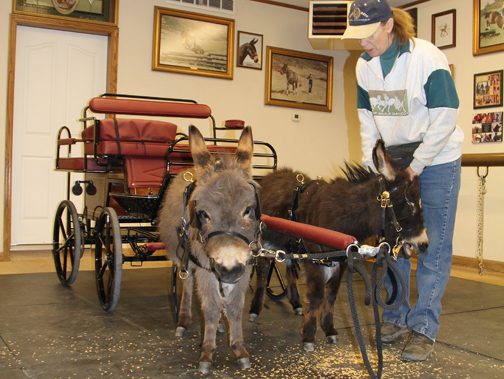 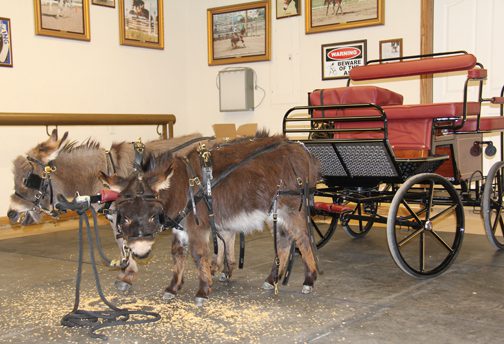 They Kill Horses, Don’t They?

Excerpted from an essay about the personal choices facing a family after a drought threatens their livestock resources. By Darcy Courteau for The Atlantic.

I’ve attended livestock auctions with my father since I was a kid. We’d load a couple of horses, donkeys, or mules into a trailer, jury-rig its brake lights, and drive from our northwest-Arkansas farm to Missouri or Oklahoma, or somewhere farther south. At the sale barn, buyers and sellers walked among the stalls: mule skinners, old-timers, girls with project ponies, a trader bitterly lamenting a horse’s flaws—he would bid on it later—and groups of Amish men who fell silent as we passed. Dad always asked around about which men there bought stock for slaughter, and when he rode one of our horses through the auction ring, he announced that he would not sell it to a “kill buyer.”…

Read the rest of the story here.